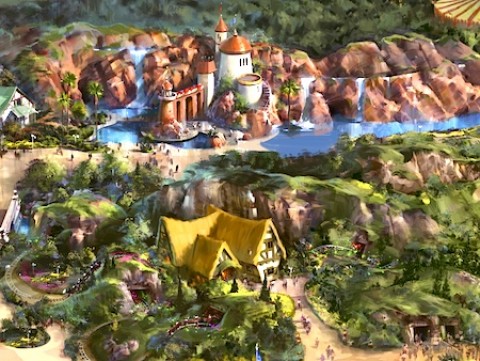 Universal Orlando is relentless. In the last 15 years, it has redefined itself among theme park enthusiasts. In Part Two of this series, we explored Universal's recipe for growth and success. No longer does it operate single-day, barely-themed studios parks full of flat facades and rides themed to “classic” movies. It is a powerhouse resort, dedicated to creating quality theme parks with immersive environments. It seamlessly blends “thrills” with “theme,” building parks that impress adults and children. It has beautifully landscaped grounds, exquisite hotels, and upkeep that – at times – surpasses even Disney’s best efforts. Like Disneyland, its two parks fit as many adventures as Walt Disney World’s four, and its small size makes it navigable, friendly, and almost quaint.

In Universal’s Islands of Adventure, Universal built a park that’s paradise for... almost anyone. If you like white-knuckle thrills, you’ve got them. Signature dining and entertainment? Yep. Magnificent dark rides, both cutting edge and classic? Uh-huh. Rides and environments themed to beloved characters? Yeah, they’ve got them. At Islands of Adventure, you can meet Spider-Man, walk through Jurassic Park, survive an onslaught from ancient Greek gods, buy a wand at Ollivanders, and ride through the storybook of The Cat in the Hat. It’s intellectual property at its finest.

And Universal hasn’t stopped there. Even amid constant updates to keep its original Studios park fresh, it’s investing in a real transformation, adding a Disney-quality lagoon show and expanding the park to include themed lands – restaurants, shops, and attractions that all tie together and allow visitors to enter their favorite movies and television shows like they can’t anywhere else. In record time it built a massive E-ticket thrill ride just last winter, while simultaneously expanding its Simpsons ride into a full themed area and building an equally massive follow-up to the Wizarding World next door. 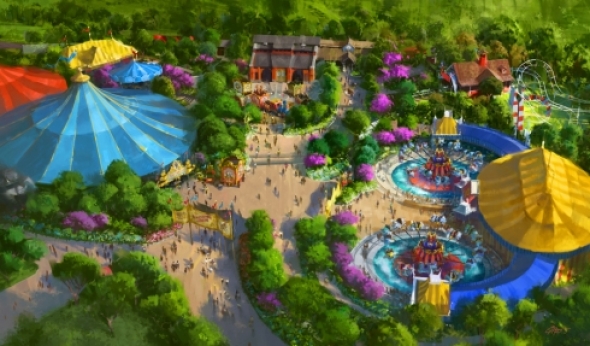 In their hunger to prove that they’re still on top of the industry, Walt Disney World has responded to Universal’s Islands of Adventure and the dozens of multi-million dollar additions at Universal in the decade since with... well... very little that the average visitor can see.

Every few years, Walt Disney World receives a really outstanding “E-ticket” attraction like Toy Story Midway Mania or Expedition Everest, and while those certainly earn the repeat attendance of many Walt Disney World fans, they just don’t compare to Universal’s recent determination to prove itself in terms of attractions, and they don’t indicate that Walt Disney World is willing to invest heavily in its property in terms of the thing people want most: new rides.

Disney fans were quick to hush anyone who insisted that Magic Kingdom’s New Fantasyland was meant to compete directly with the first installment of the Wizarding World. We should hope not. New Fantasyland is marvelous. It’s intricately detailed; full of disturbingly picturesque rockwork, charming character, and exceptional experiences; it’s big, beautiful, and expensive in every way. But for the average visitor – even a repeat one – the “largest expansion in Magic Kingdom history” amounts to a new dark ride (cloned from California, not that visitors care), a signature restaurant, and a redesigned mini-land. 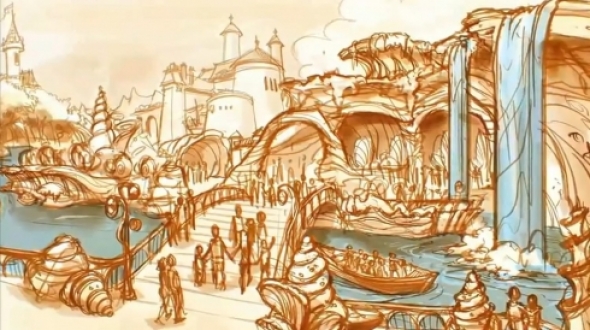 Again, every inch of it is quality and magnificent, but it underwhelmed on announcement, and continues to receive warm - but not jubilant – reception upon it’s odd in-phases opening (leaving one side of the path pristine and complete, the other side behind construction walls in an odd dichotomy that’s distinctly un-Disney-like, if you ask fans).

New Fantasyland’s most recent addition is the Princess Fairytale Hall, an elaborate meet-and-greet that’s – again – hyper detailed and grand. The experience, though, replaces one of Fantasyland’s original dark rides, leaving the “net” ride gain of this expansion at one or two, pending the opening of the new (and again, very impressive looking) Seven Dwarfs Mine Train family roller coaster slated for 2014. New Fantasyland is wonderful in its own right and a lovely direction for the Magic Kingdom, but it’s not the response to Potter that many hoped and expected. 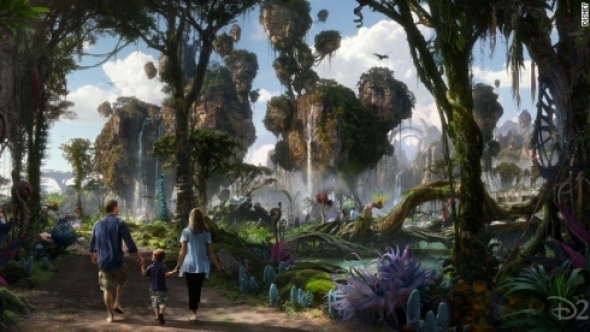 Meanwhile, Disney acquired the global rights to turn James Cameron’s Avatar into theme park attractions, announcing an entire land themed to the film at Disney’s Animal Kingdom to the disgust and chagrin of Disney fans the world over. (What’s worse, the land will occupy the space once earmarked for Beastly Kingdom, an ambitious and original concept designed for the park, and one of the concepts whose cancellation drove Imagineers into Universal’s arms in the first place... They did, by the way, build their Beastly Kingdom attractions – remember Dueling Dragons at Islands of Adventure?)

The Avatar announcement was also made with no concrete details, no concept art, and no construction timetable, leading many to believe that Disney had simply snatched up the rights to the flavor-of-the-week film series (which has since been all but forgotten by pop culture) in a mad rush to secure something – anything – that could be Potter-sized. If that’s their “Potter-swatter,” they’d better get started – construction on Pandora: The World of Avatar is just beginning January 2014, while Universal is nearing completion on its second Wizarding World in Orlando. 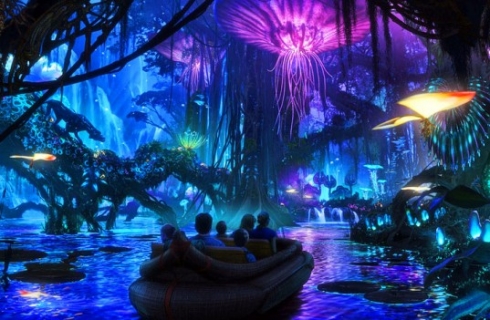 More than two years after announcing their intentions for Pandora, Walt Disney World did finally release concept art of the land, though they did so alongside the announcement that it would open in 2017 – six years after its announcement. At the very least, the art calmed the seething hatred fans had toward the idea.

Rumors suggested that Walt Disney World had every intention of duplicating Disneyland’s massively successful Cars Land at the ailing Disney’s Hollywood Studios park (which never got that studio-style-fix that Universal did), but insiders consistently downsized Cars Land until it disappeared altogether.

More and more, it’s clear that Disney doesn’t really have an answer to Harry Potter or Universal's aggressive expansion. Why should they? To be fair, they don’t need one. Walt Disney World will always be the leading resort in the Florida, and probably the world. Universal Orlando Resort will never reach Disney’s level of pop integration; it will never be synonymous with American culture. Disney simply doesn't need a billion dollar rebuttal to Universal’s elaborate expansion, and that’s just the truth.

Unfortunately, Disney knows that, too. 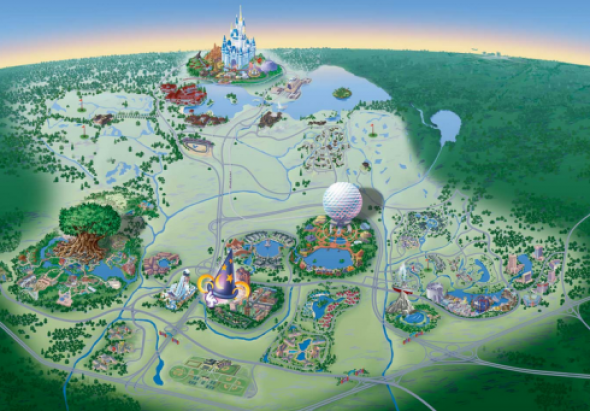 That’s not to say their situation is easy or straightforward – with four massive parks, Disney World simply can’t add something huge and something new to every park the way Universal or Disneyland can. Walt Disney World, as well, has two water parks to care for; hundreds of roads and parking lots; boats and monorails to operate; and a bus corps that must number in the thousands.

The infrastructure is simply different, as computer systems from the last five decades are all charged with working in sync as updates are constantly necessary to keep transportation, accommodation, and attractions in working order. 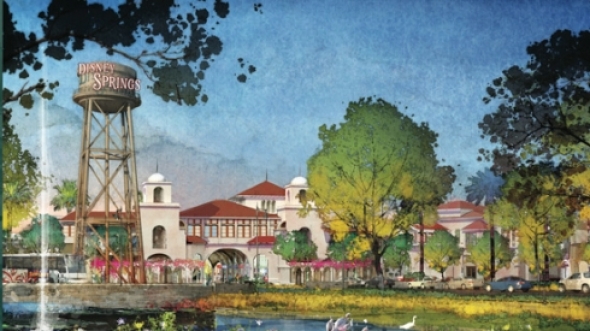 Those are concessions that Universal Orlando and even Disneyland don’t have to make, given that their transitions from single parks to resorts were instantaneous and recent, meaning that their facilities are 21st century, and their small sizes make infrastructure secure. 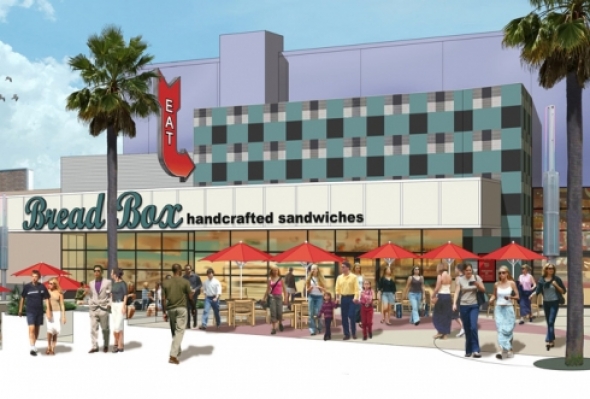 (Of course, it should be noted that Universal countered Disney Springs with its own announcement of a complete facelift to CityWalk including eight new restaurants, to be completed years before Disney Springs is...)

But, when Walt Disney World does invest in new attractions, they do it right. Again, every few years, a Walt Disney World park gets a really wonderful upgrade, like Test Track presented by Chevrolet or Star Tours: The Adventures Continue, and those are fantastic and high-quality additions just like New Fantasyland is!

But even fervent fans of Walt Disney World can’t help but ask if it’s enough. With maintenance spread thin across four parks and a seeming unwillingness to invest in rides (beyond the more-or-less-disliked Avatar, which, again, is set for 2017), it appears Walt Disney World is resting on its laurels. If it does have grand plans (which it might!) it’s not talking, which indicates that it’s not too scared of Diagon Alley. 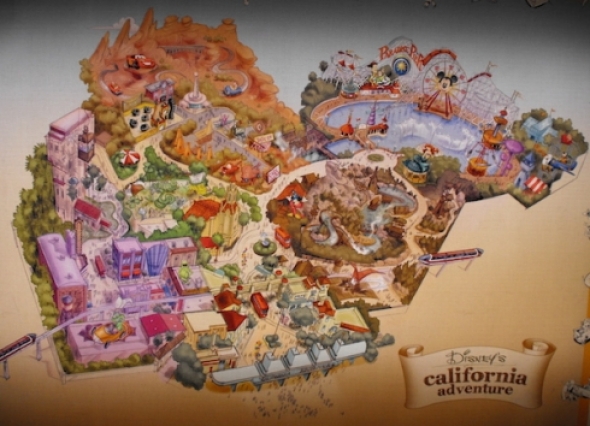 At Disneyland in California, over $1.5 billion was invested over seven years in the floor-to-ceiling rebirth of the (albeit, intrinsically troubled) second park, Disney California Adventure. The culmination was two Wizarding-World-sized lands with Wizarding-World-style food and merchandise draws, with a massive E-ticket that reportedly cost over $400 million alone.

And rumors swirl of still more full, massive lands being added to Disneyland’s two parks, including a floor-to-ceiling remodel of Disneyland Park’s Tomorrowland, and the construction of yet another full-scale immersive land at Disney California Adventure, this time themed to Pixar’s Monsters Inc. (ironically, anchored by the E-ticket ride once proposed for Disney’s Hollywood Studios in Florida, but quietly sent down the same river as Cars Land Florida for being too ambitious and expensive.) 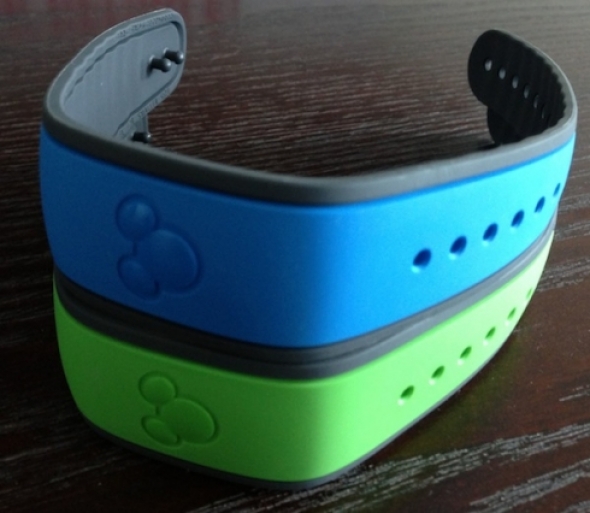 It’s a massive undertaking, and one that puts Walt Disney World far and away ahead of its competitors with unprecedented technological integration and a system that will evolve tremendously in the future, though rumors swirl that the project is grossly overbudget, and too complex and reliant on technology for many visitors to understand 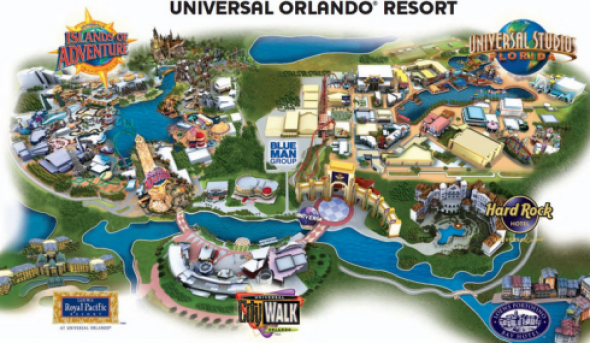 But still, here we are. To the casual observer, Walt Disney World rests yet again. While it may be billions deep in infrastructure and technology improvements, its neighbor up the road, Universal Orlando Resort, is working hard, opening new E-tickets, resort hotels, themed environments, and family rides seemingly month after month, with no signs of slowing.

And in fact, in September 2013, the CEO of NBCUniversal (the parks’ parent company) announced that the wild runaway success of Universal Orlando’s aggressive building (totaling $500 million in 2013 alone) merits the following promise: both Universal Orlando and Universal Studios Hollywood will each receive at least one new major attraction each, every single year. Now that’s aggressive expansion.

Is Disney World still the top dog in Orlando? Sure is. Will it be forever? Almost certainly, yes. And even if Walt Disney World’s way of expanding looks different than Universal’s, that doesn’t mean it’s not happening.