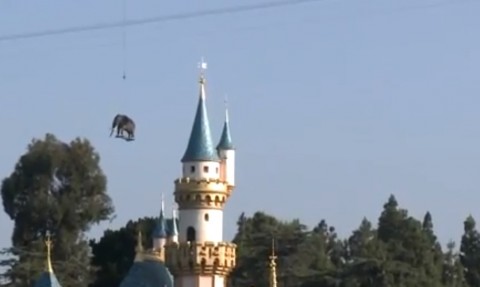 Disney's theme parks are meant to offer a fantastical, idealised view of the world. Sometimes, though, the scenes witnessed at the parks can be bizarre even by Disney's standards.

Occasionally, Disney does so something so out-of-this-world that it appears unusual even in the context of a theme park. Sometimes nature does things that are beyond Disney's control. And other times Disney's staff and visitors behave in ways that the company didn't plan for.

Whatever the case, some weird and wonderful images have emerged from Disney's theme parks over the years. Here are 6 of the best. 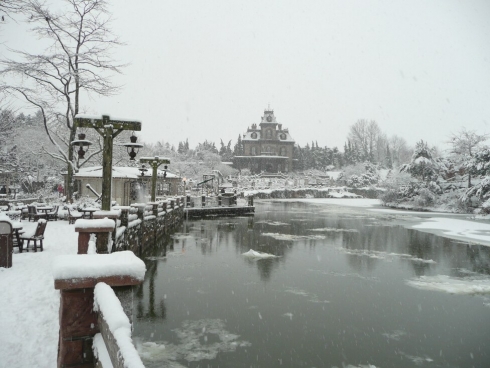 Disney carefully crafts its theme park lands so that they transport guests into far away lands and time periods. Frontierland at Disneyland Paris, with its mock mountains and western-style street, is a perfect example.

The Imagineers can't control everything, though. When most people think of the Wild West, they think of burning sun and dry deserts. They probably don't think of several inches of snow, but that's what they'd have found at Disneyland Paris in December 2010. 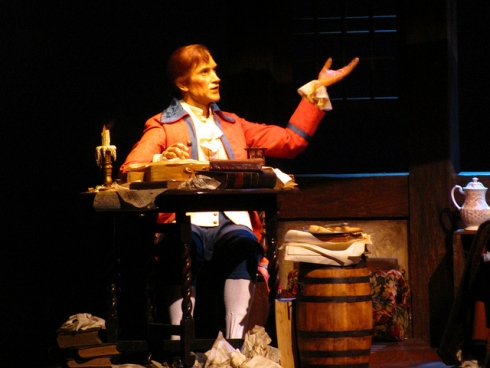 The audio-animatronic figures that Disney uses in its attractions are very expensive, so the company sometimes duplicates the designs for new attractions. That's why, when you ride the Great Movie Ride at Disney's Hollywood Studios, you'll be treated to the bizarre sight of former president Thomas Jefferson dressed as a sheriff, firing at bank robbers (the model is based on the Jefferson figure from Epcot's American Adventure). 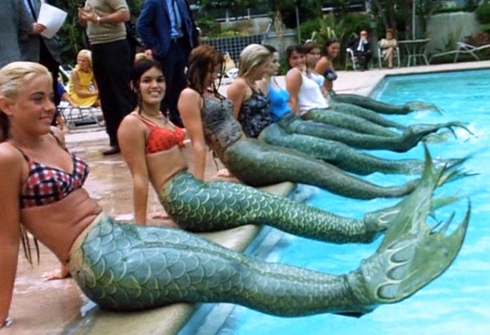 Frpom 1965-67, "real" mermaids lined the shores of the Submarine Voyage's lagoon at Disneyland. They even performed sychronized swims and underwater stunts. The mermaids were paid $1.65 per hour, but this wasn't enough to stop some complaining about the diesel exhaust fumes from the submarines and the highly-chlorinated water. The mermaids were dropped, eventually being replaced by audio-animatronic versions.