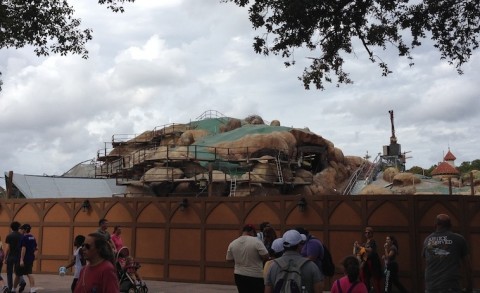 It’s a New Year and what better way to celebrate 2014 than a photo update from the Magic Kingdom at Walt Disney World.

In December of 2013, new bus stops opened at the Magic Kingdom and it is a huge expansion. I bet the bus stops triumph New Fantasyland as the largest expansion in Magic Kingdom history. You can find the allocations of the new stops here. 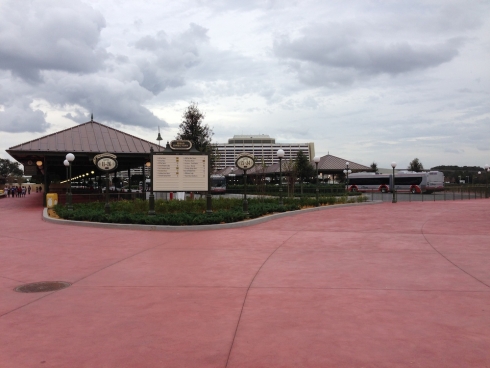 It’s hard to perceive the amount of vast open space in the new stops by viewing a photo. Folks staying at Disney's Art of Animation Resort should be prepared to walk an extra 5 - 10 minutes because you are the very last bus stop. 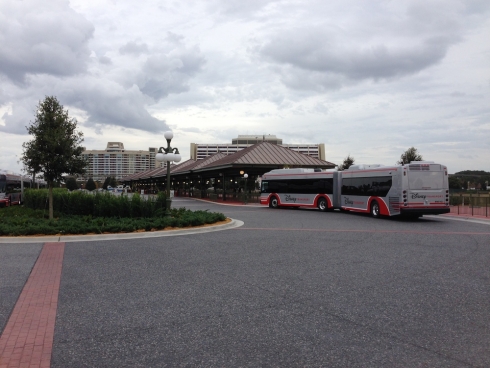 Disney was also testing the new doublewide bendy buses that will travel to select resorts. They have the updated reflective paint job and are very nice as far as buses are concerned. I saw at least half a dozen when I visited. 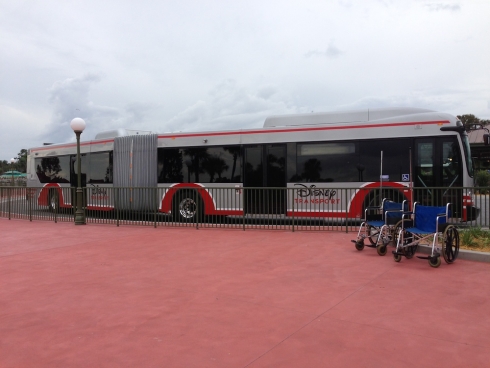 Just look at the people to the right of the canopy. The width of the pathway is like the width of Main Street and will be very useful during the exit rush after Wishes. 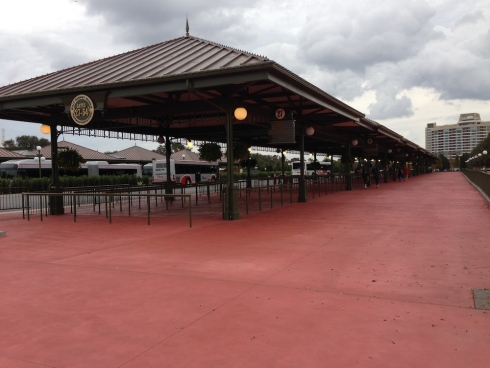 Now that I’m done with the exciting bus news, the Seven Dwarfs Mine Train is putting on finishing touches for its spring 2014 debut. 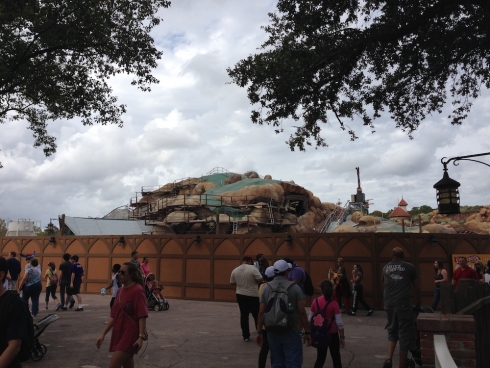 All of the exterior rockwork looks complete and extremely detailed, on par with what you see on the exterior of the Little Mermaid. 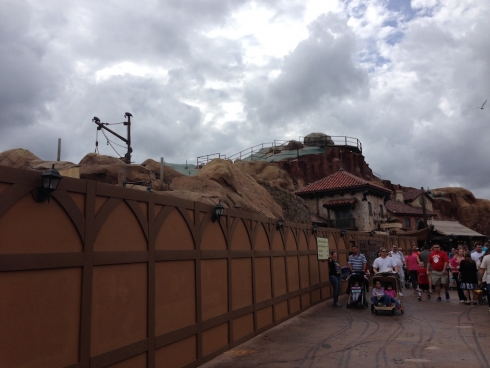 The Disney Vacation Club kiosk opened a few months ago. It’s a good place for some shade but that’s really it. 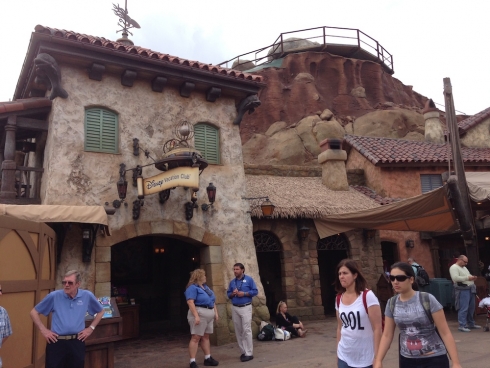 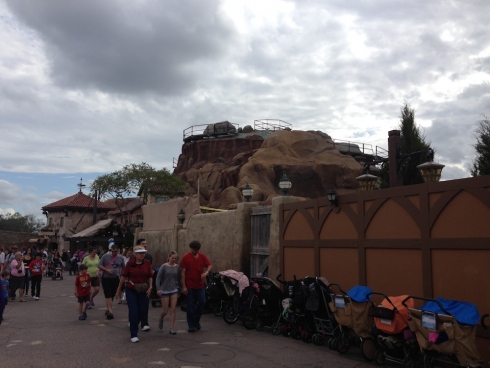 You can see the bridge that the Mine Train will cross. 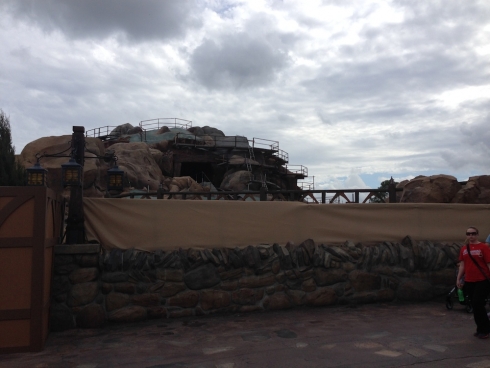 Looks hilly in there. 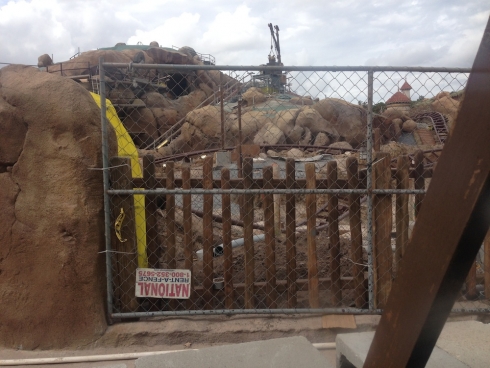 Disney began adding trees to the attraction and it makes it feel more like a forest and less of a construction zone. You can also see a cottage being built in the background. 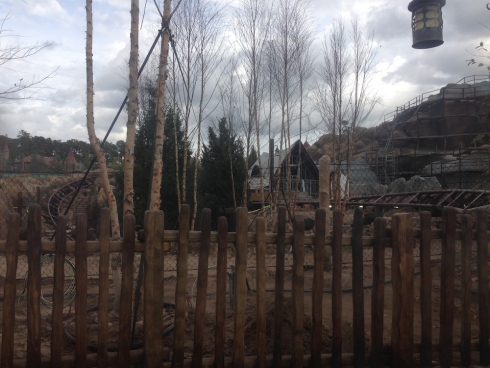 Crossing the Seven Seas Lagoon, we reach Disney's Polynesian Resort where construction for Disney Vacation Club continues. The photos below are of the bungalow construction around Sunset Point. The dock that you see will be used for construction vehicle and equipment, with the guest dock being built over it when the bungalows are complete. 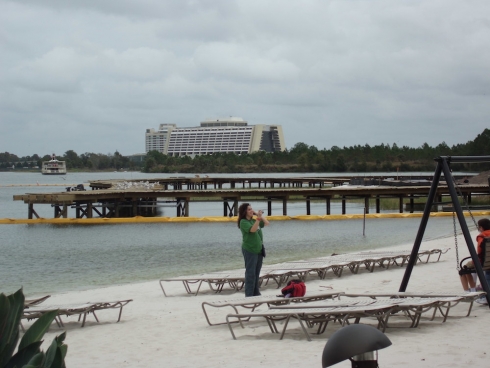 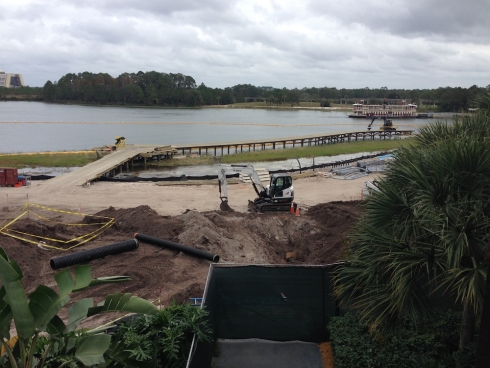 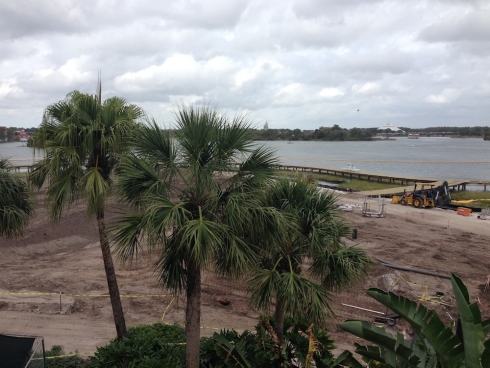 2014 is going to bring exciting new attractions to the Orlando theme park area and more photo updates are sure to follow!