Ringing in the New Year with Universal Orlando 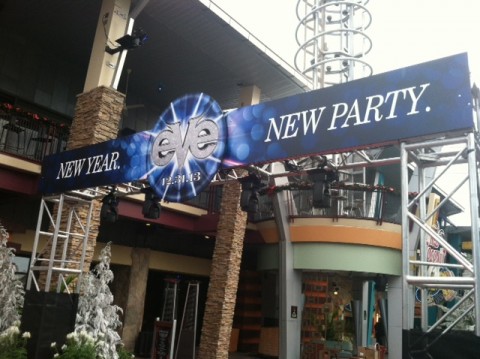 Universal Orlando rang in the New Year in a big way with a massive party at CityWalk. They rolled out the red carpet for any guest willing to shell out over $100 for a night of food, drink, music, and dancing at some of the hottest clubs in Orlando. 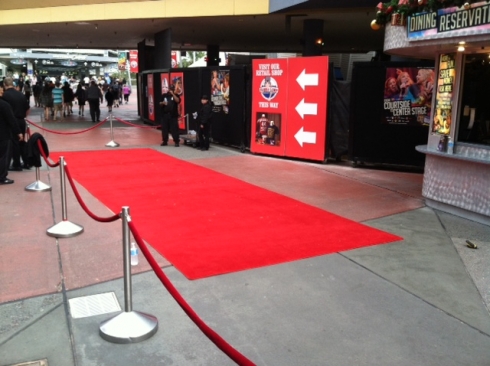 Six venues participated in the new years celebrations, each with their own stage entertainment and party zone entertainment. A massive dance floor surrounded by luxurious cabanas took over the open area near the Universal Studios Store. 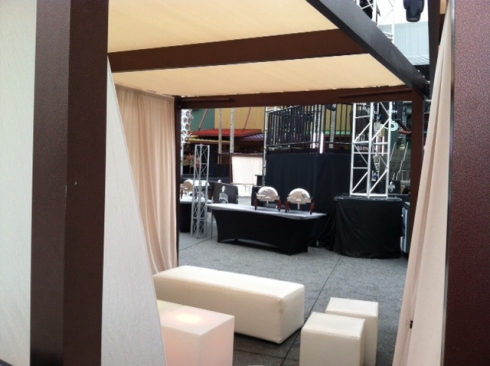 Party CabanasPrivate party cabanas around the dance floor at CityWalk

Throughout the evening guests enjoyed access to an unlimited gourmet buffet serving up jumbo shrimp, filet mignon, and custom desserts.

Traveling from one end of CityWalk to another, guests were able to enjoy everything from a double-decker totem bar with tribal dancers at the Tribal Fusion venue, to an electric lemonade bar and pole acrobats at Electricity. 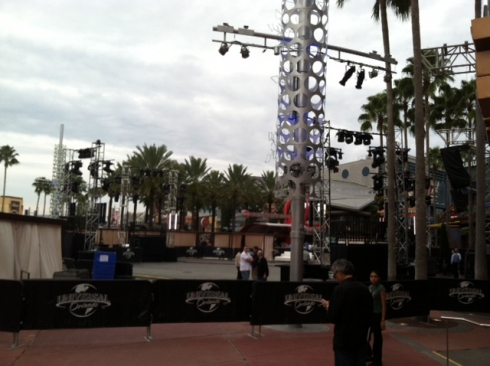 Fireworks and champagne topped off the evening at midnight to ring in the new year.

So what’s in store for Universal Studios in 2014? This year promises to be a big one for the park. CityWalk has already seen some big changes, with more to come by this summer. The Endangered Species Store has already been demolished to make way for a new 130-seat Starbucks on the ground level of CityWalk. 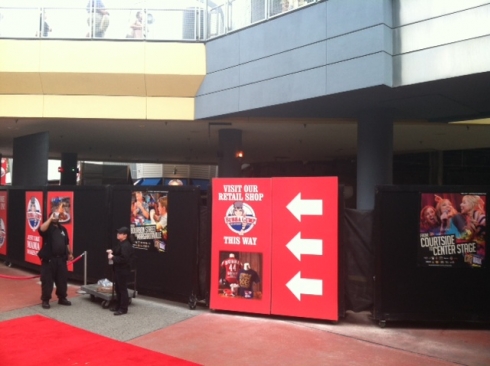 The quick service counter of Pastamore got the ax, and a new restaurant called Red Oven Pizza Bakery has taken over. 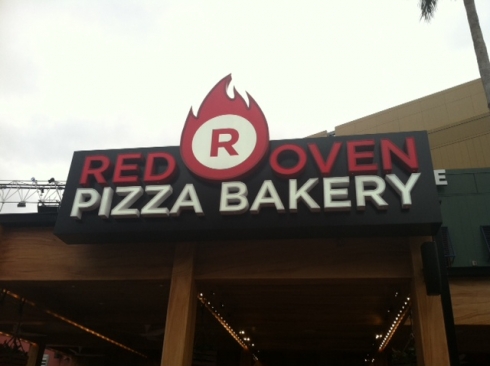 The Red Oven Pizza Bakery features a full menu of mouthwatering gourmet pizzas. Begin by picking your sauce – both red and white are on the menu here. Red sauce pizza options include Funghi, Big Eye Pepperoni, Melanzane, Alla Benno, and Margherita. If you prefer the white sauce, you can choose from Prosciutto & Arugula, Bianca, Spinaci, Pesto, and Fennel Sausage. Caesar, Arugula, and Caprese salads grace the menu as well, along with wine, beer, soda, tea, and water. 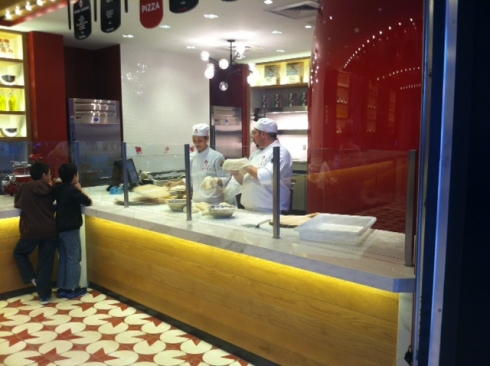 A massive Mexican restaurant called Antijitos is a sure attention-grabber just past the Universal Studios Store. In hot pink and lime green, the face of this eatery positively pops against the skyline.

Though the restaurant hasn’t opened yet, diners shouldn’t have long to wait. Job postings are ample for positions in the new restaurant. The restaurant promises a journey through cantinas and markets of Mexico City for an authentic taste of local flavor, just as though you’re buying your meal from a Mexican street cart.

On the second story of CityWalk near the movie theater, construction is set for a Cold Stone Creamery, Bread Box, and Menchies yogurt shop. If you’ve got the munchies while you’re at CityWalk, 2014 will give you no lack of options for satisfying your craving. The construction on this area is expected to wrap up by June, so summer visitors can take advantage of these tasty new offerings.

Naturally, the most anticipated opening of 2014 is the new Harry Potter expansion. Guests who just couldn’t wait for Diagon Alley to get a good dose of Potter had the opportunity to purchase tickets for the special Celebration of Harry Potter at the Wizarding World of Harry Potter, taking place January 24-26. Vacation packages for the event are sold out, but you may still be able to score tickets to enjoy some of the events. These include a wand masterclass, Q&A sessions with filmmakers and cast, and a Harry Potter film tribute.

If you prefer to wait for the opening of the much anticipated expansion, you’ll have to wait until at least this summer. An official opening date isn’t yet available, but construction is well under way in both parks and the Hogwarts Express is primed and ready to go on the tracks. New teaser videos show glimpses of the area, though only in the form of renderings. A major announcement about the expansion is expected on January 23, just before the Harry Potter event. No doubt, this will lay out more details about Diagon Alley so guests can ask questions and learn more about the area during this event.

By the time the Potter expansion opens, not only will CityWalk have its new restaurants ready to serve the throng of incoming guests, but the Cabana Bay Beach Resort will be open to help accommodate the inflow as well. The first phase of the resort opens on March 31, 2014, with subsequent buildings to follow shortly after.

2014 will be a major year for Universal Orlando. With the Potter expansion touching on both parks, expect to see a summer like none other in these parks. Plan your visit for the summer to see the exciting opening of Diagon and participate in all the fanfare, or wait until later in the year to try and miss some of the chaos and get a more leisurely look at the area. Whenever you come, expect to be wowed by all that this park has in store this year.