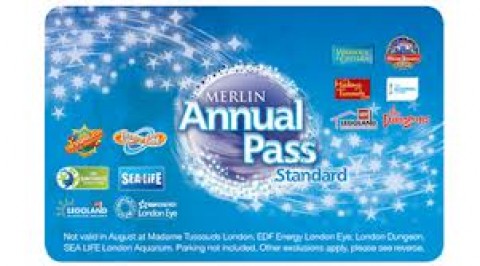 Well, it’s January, and with the long, dark evenings and short, cold days, we are into our second full month of the closed season here in the UK. December and January are the quietest periods for our parks, as theme parks are deep-cleaned, and attractions are refurbished and maintained. But despite our inability to visit them and face our favourite thrills, the UK theme parks are very much alive, not just in spirit but with plenty of news in this update for December 2013 and January 2014. 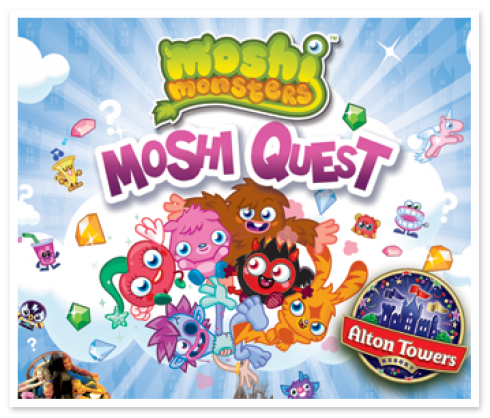 Alton Towers will be open for February Half Term from the 15th to the 23rd of February. They have yet to confirm their opening date for the main 2014 season, unlike 2013, where the 16th of March was clearly advertised in a countdown to The Smiler’s (hopeful) launch day this time last year.

Finally, Alton Towers have confirmed the opening date for “CBeebies Land”, their new themed land for 2014. On the site of the previous Old MacDonald’s Farmyard area, this land will cater for families with younger children and feature rides based on children’s BBC favourites, with some re-themed from the Old MacDonald’s Farmyard era. CBeebies Land is scheduled to open on May 24th, 2014, a couple of months after the 2014 season kicks off at Alton Towers in March.

Thorpe’s major news for December and January is the confirmation of their Waterfront Hotel, due to open in April 2014. 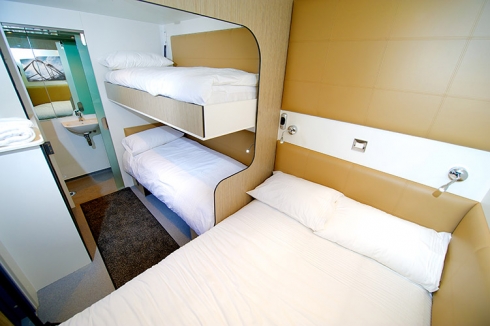 Thorpe Park's new hotel for 2014.The Waterfront Hotel can sleep up to 4 guests per room

Opting for a classier approach to the Crash Pad container hotel in 2013, Thorpe Park will be taking another step in the direction of eventually building a full-sized hotel and becoming a more recognisable multi-day destination. They may also follow suit and choose to take on the name “Thorpe Park Resort”, being the last major Merlin theme park in the UK to construct accommodation on-site, but this hasn’t been used or confirmed yet.

The Waterfront Hotel is planned to consist of at least 100 containers, or rooms, each sleeping up to 4 people as the Crash Pad did (double bed and twin bunk beds), with compact en-suite facilities. Thorpe Park originally signed a contract in 2013 with Snoozebox, a specialist company who provided the containers for the Crash Pad, but have decided to try their first independent shot at overnight accommodation.

Almost doubling the current capacity that the Crash Pad holds, guests will have a better shot at getting a chance to stay overnight at the Nation’s Thrill Capital, as in 2013 the Crash Pad was extremely popular, with sought after rooms almost consistently sold out.

Quite possibly the biggest piece of theme park news this month came from Chessington, where, on the 21st of December, a fire covering 2,500 square metres broke out in the theme park. It originated in the Creaky Café, located in the Transylvania section of the park, and reports from the BBC and other media channels claim it affected an “attraction next door, a parade of shops and a plant room”.

Firefighters were called to the scene, when the initial alarm was raised at about 8:30am. Guests looked on from the nearby on-site hotel, as orange flames and black smoke billowed from the park.

Creaky Café was near the zoo and Santa’s Grotto, set up for “Festive Zoo Days”. Despite the proximity to the main zoo, and a few of the first reports indicating a full evacuation of man and animal took place, it is confirmed that just two reindeer were evacuated as the fire was well contained.

The Bubbleworks, an indoor, or ‘dark’, water ride that takes riders in small boats on an adventure through a “bubble factory”, has been located in Transylvania at Chessington World of Adventures, or CWoA, since its opening in 1990. Situated right next to the Creaky Café, it’s fair to suggest that this is the attraction affected by the fire. Of course no damage to the Bubbleworks has actually been confirmed as specific names have not been mentioned, however it’s certain that fans of the Bubbleworks everywhere, voted the third best “dark” ride in the world in previous years, will be waiting with baited breath to hear this greatly loved attraction is all okay.

The extent of the damage of surrounding area is still unknown but it is likely a little more information will be released soon.

Whilst a fire in a theme park is never something that any of us would want to happen, we can be thankful that there were no injuries as a result, and the fire took place over the closed ride season to allow Chessington sufficient time to repair and renovate the area where needed, and in the case of the Bubbleworks (or otherwise affected attraction), in time for the start of the 2014 season.

Chessington initially closed the theme park for the rest of the day but later announced that they would prolong the closure and be opening again after Christmas. Many families wishing to see Santa over their Christmas Zoo Days will be disappointed but the theme park is honouring any ticket bought on the day of the fire (21st of December) for another day in the future.

For January, CWoA are running “Chessington’s Wild Bake Off” as a short break special offer. Taking place over the 18th and 19th of January, they are offering you the chance to join in cupcake-making lessons, followed by an overnight stay, full English breakfast, and Sunday morning in the zoo for free. This sounds ideal for families looking for a sweet way to spend a January weekend.

The new hotel at Chessington for 2014.Their latest hotel shares the same name as the underwater city exhibition in the Sea Life centre. Image © Merlin Entertainments Group

Finally, Chessington have also announced a new hotel for 2014 – Chessington Azteca Hotel, which interestingly shares the same name as their Azteca “underwater city” exhibit in the Sea Life centre. This would suggest that it follows the same theme, however not much is known at this stage. Those interested and fans of the theme park are encouraged to sign up for updates on CWoA’s website.

Another major piece of news on the UK parks front is the recent changes to the Merlin Annual Passes, announced on the 27th of December. These have appeared only the month following Merlin becoming a public company.

There are 3 tiers of passes available to budding wizards; Standard & Premium as per previous years, and brand new for 2014, the VIP Pass. Willing to fork out £500 for the ultimate experiences in Merlin attractions on a global scale? You’ll have to join a waitlist, as the passes go on sale in March and are limited to 1000. Exclusive experiences are boasted for the VIP Passholders on Merlin’s new webpage, including priority parking at attractions and backstage tours.

Savvy and seasoned Passholders will notice the design of their passes have changed, quite drastically in comparison with previous years, taking on a more generic approach. Whilst it is great to have logos of Alton Towers, Thorpe Park and other theme parks on our passes, this is arguably a better design for Merlin Entertainments UK in the present day as the majority of their attractions are not theme parks but Dungeons and various Sea Life aquariums scattered across the United Kingdom, as well as Blackpool Tower, the London Eye and Madame Tussauds, to name a few.

Most of us will be opting for the Standard or Premium Passes, which have thankfully not changed massively, but there may be some little changes that will affect Passholders’ decisions on which to buy for 2014 onwards.

Premium Passholders will be eligible for their “new Privilege Pack”, containing a “Birthday Club” special offer, where you can bring 3 friends along for £10 each, and an advertised “One Fastrack at Theme Parks”, with a value of £15. This is however not simply a free Fastrack, but 3 vouchers for £5 (one each for Chessington World of Adventures, Thorpe Park, and Alton Towers); a small but thoughtful gesture towards Premium Passholders on Merlin’s behalf. It’s worth noting that previously it was no more beneficial to be a Passholder than general entry ticket holder when buying Fastrack (i.e., no discounts offered). Merlin haven’t gone all out but given a little nod to when Fastracks were free at Alton Towers, Thorpe Park and Chessington to Annual Passholders, albeit rather briefly, under Tussaud’s regime in the early 2000s.

The parking fees haven’t changed, with parking still included on Premium Passes and not on the Standard option.

Another new feature for the Premium passes is the Priority Entry offered. Merlin have yet to fully confirm what this is, as the details on their website are quite basic, but it could suggest “skip-the-line” entry. The most favourable possibility would be extra ride time or early entry into the parks, however this is unlikely.

For more information on Merlin’s new passes, including how all their features compare, please see here: Merlin Annual Pass Website. They currently have a January sale on all passes, so get in quick to take advantage of their lower prices if you need to renew in time for 2014.

In reflection, 2013 has been a true rollercoaster of a ride for the theme parks here in the UK, with The Swarm’s reverse seating, to guests finally having the option to stay on-site overnight at Thorpe Park’s Crash Pad, and of course, The Smiler’s launch; the world’s most inverting rollercoaster. But we are now in 2014, with January looking set to be another relatively quiet month, as the parks gear up with one less month to go before the season rolls around.