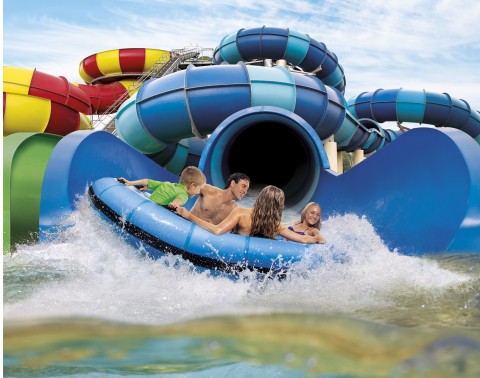 Welcome to the December edition of the "Australian Theme Park Roundup", provided exclusively to Theme Park Tourist readers by AusParks.com.au.

Wet’n'Wild Sydney has officially opened to the public after more than 14 months of construction.

Located in Sydney’s western suburb of Prospect, the park is built on a massive 62-acre site and cost a total of $120 million to build.

The water park features more than 40 slides and attractions, including the world’s tallest Double SkyCoaster and Australia’s largest wave pool.

After more than 10 months of construction, Storm Coaster at Sea World has officially opened to the public.

With a price tag of $20 million, Storm Coaster is billed as Australian’s most expensive theme park ride ever built.

It is also the first water coaster to be built within Australia.

The world’s longest ProSlide CannonBOWL water slide -- dubbed the “Typhoon" -- will today be unveiled to the public at Funfields.

The Typhoon will feature a heart-stopping 136-metre-long flume section that propels riders down an 18-metre drop into the centre -- or "bowl" -- of the water slide.