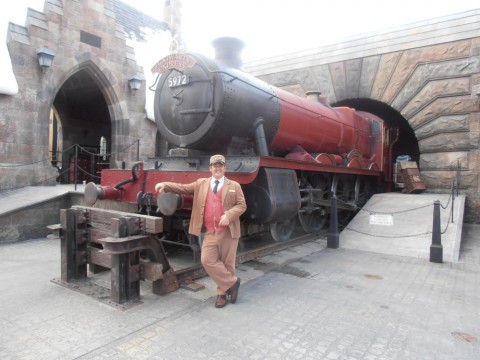 The Wizarding World of Harry Potter at Universal Orlando's Islands of Adventure is a stunningly authentic recreation of the universe seen in the Harry Potter movies. While it's tempting just to rush straight to Harry Potter and the Forbidden Journey, slow down and take a good look around.

If you do so, you'll find that the Wizarding World is packed full of tiny details. Here are six great "hidden secrets" to look out for - let us know your own favorites in the comments. 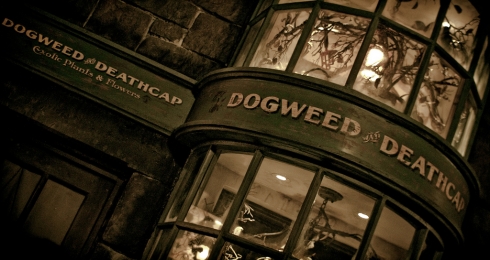 Mandrakes, the screaming plants seen in the movies, can be spotted in static form in the greenhouse section of the Harry Potter and the Forbidden Journey queue. Elsewhere, a moving version can be seen in the shop window of the Dogweed and Deathcap store. The window also holds a packet of Gillyweed seeds, which you can use to grow gills. 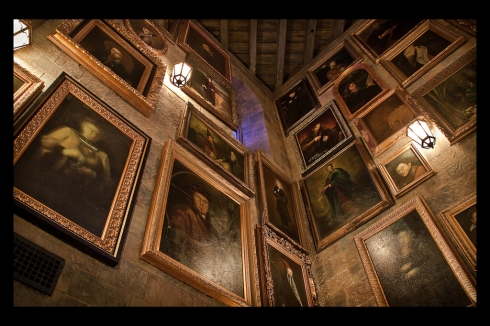 Look closely at the moving portraits of the four founders of Hogwarts (Godric Gryffindor, Salazar Slytherin, Rowena Ravenclaw and Helga Hufflepuff). Each is holding an object that Lord Voldemort stole from them to create his evil Horcruxes. 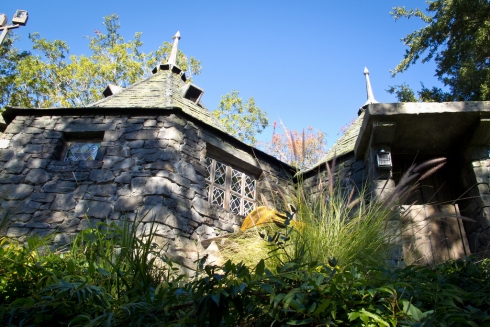 Next to Hagrid’s Hut in the Flight of the Hippogriff queue line is a crate marked “Baby Norwegian Ridgeback”, a reference to Hagrid’s purchase of a dragon egg in the first book and movie.

If you sit in the far back right hand booth by the stairs in the Three Broomsticks (behind the Hogs Head) you can hear a house elf rummaging around under the stairs and even dropping some dishes. You can also hear someone walking around upstairs and a chair scraping along the wood floor. We discovered this late in the evening when the restaurant was virtually empty and rather quiet.

At various times performers come out to the stage and put on a great show. You may see a huge frog or some wizard in students from other magical schools!

You forgot to put 7) moaning mertle in the ladies loos next to the three broomsticks, you hear her voice telling you not to leave or says hello you can even hear her splash into the loo creeped me out big time as I thought I was hearing things x