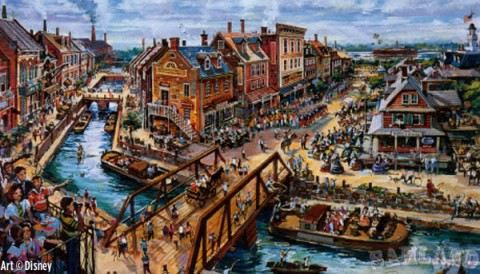 There are dozens of stunning theme parks all over the world, from the “roller coaster capital” of Cedar Point in Ohio to the visually stunning Tokyo DisneySea. For every theme park that has been constructed, though, half-a-dozen were designed but ultimately not built.

Here's a rundown of 5 incredible theme park concepts that sadly never saw the light of day. 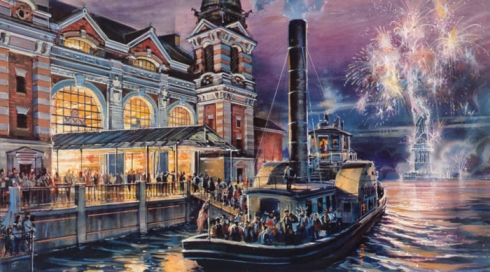 First conceived in the early 1990s, Disney’s America was designed to celebrate this history of the US. Like Epcot at Walt Disney World, it would combine Disney’s creative flair with educational exhibits, and was to be located in Haymarket, Virginia. The concept was pushed hard by CEO Michael Eisner, who was prepared to spend hundreds of millions to make it a reality.

Disney’s Imagineers dreamed up a variety of themed lands for the park. This included Crossroads USA (a “village” designed to resemble a Civil War-era settlement), a Native American village, a Civil War fort and a replica of the Ellis Island building. Guests could chug around the entire park on a steam train, and enjoy the rides in the Coney Island-style State Fair area.

What went wrong? The project was canned in the face of local opposition in 1994. It was revived in 1997 as part of a plan to take over and reimagine Knott’s Berry Farm (close to Disneyland), but the Knott family refused to sell to Disney. Instead, the company incorporated many of the ideas put forward for Disney’s America into Disney California Adventure, which debuted in 2001. 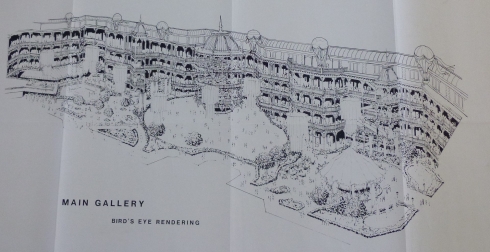 John Broome, a millionaire property entrepreneur, turned Alton Towers into Britain’s first theme park in 1980. Flush with his success, he set his sights on creating a second major park elsewhere in the UK. Incredibly, he settled on building the park in and around Battersea Power Station, an iconic structure close to central London. If he could pull it off, the park would have a potential audience of millions of people within a short train ride from the site.

The Battersea, as the attraction was to be known, would boast a wide selection of rides, restaurants and shops spread across the building’s main gallery and two turbine halls. These would be connected by glass elevators, with a wall of water plunging down one side of the building. A balloon ride on the upper floor would be the main indoor attraction, while the area outside the power station would host a roller coaster and a rapids ride. Up to seven thousand visitors per hour were expected to arrive via a spectacular entrance colonnade. You can find out more about the Battersea theme park project here.

What went wrong? Broome wildly underestimated the cost of renovating the power station, which turned out to have no foundations and to contain tons of toxic Asbestos. Work stopped after just four month, but not before the roof was removed, leaving the building’s interior exposed to the elements for years. 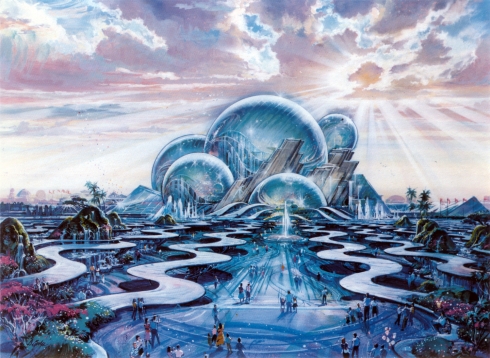 Following the success of Walt Disney World, Disney was keen to transform Disneyland into a similar multi-day destination resort. The problem, though, was land – it didn’t have much of it to work with close to Disneyland. Instead, it proposed building a new resort in Long Beach, which it dubbed Port Disney and announced in 1990.

The headline park at the resort, DisneySea, would have feature a marine theme, and would have been accompanied by no fewer than 5 hotels, a cruise ship port, a marina and an evening entertainment area. Disney had already acquired the RMS Queen Mary (which would have become one of the hotels) and the Spruce Goose, which would have been incorporated into the new resort.

What went wrong? Disney thought that the EuroDisney project was a slam dunk. Instead, when it opened in 1992 it immediately began to haemorrhage money. CEO Michael Eisner lost his enthusiasm for the Port Disney project, and it was ultimately dropped.

there was also a Wizard of OZ theme park planned for Kansas that fell through...on paper it looked amazing...