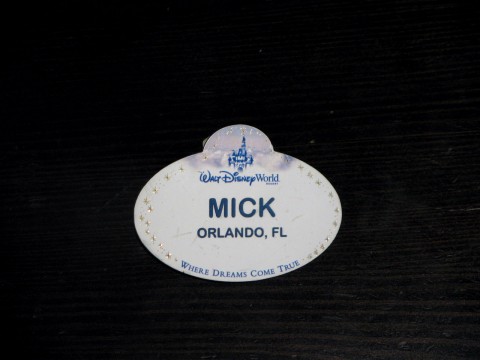 Think you could cut it as a Cast Member? Compare your qualities to this list to find out.

To dedicated Disney fans, the idea of working in the parks and visiting on a regular basis may seem like an exciting prospect, but are you really cut out for the life of a cast member? See how many of the following apply to you. If you score more than half, you have real potential as Disney material. If you relate to all eleven, start packing your bags and book a ticket to Orlando – you were made for a Disney name tag.

11. You Have Half a Dozen Animated Disney Films in Your Personal Collection

Movies that you have on hand from your childhood but never watch don’t count. Go through that shelf of movies that you actually watch on a regular basis and count how many of the classic animated Disney films are in your collection. Give yourself some bonus points if one of these films is in your DVD player right now.

10. You Can Name Your Favorite Disney Character Easily 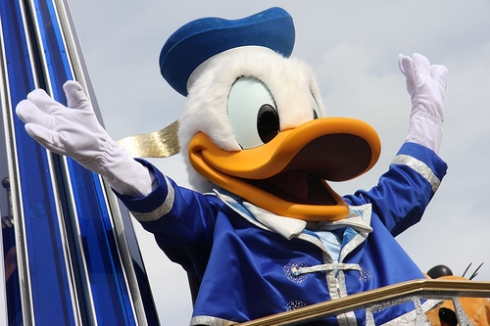 Quick – who’s your favorite Disney character? If you have to stop and think, you might not adjust to life as a Cast Member as quickly as you’d like. If you’re torn between two, you still get credit on this one. If you named a character that’s not actually Disney, you lose a point, and if you can’t think of a Disney character at all you should probably give up on your Cast Member aspirations right now.

9. You Know the Difference Between Disney and Universal

Disney and Universal are the two biggest competitors in Orlando’s theme park industry. While plenty of people work for both parks, there’s no mistaking the fact that these are two very different and very distinct companies. If you’re the guest who’s looking for Simpsons at Disney’s Hollywood Studios, you should probably brush up on your park knowledge before you fill out a job application. If you can neatly identify the franchises that belong to both Disney and Universal, you’re on the right track.

The tricky exception to this question is Marvel. If you knew that Disney owns Marvel, but Marvel Superhero Island is located in Universal’s Islands of Adventure, take a bonus point for your superior knowledge of the intricacies of Orlando’s theme park landscape.

8. You Speak Multiple Languages, or at Least Know How to Fake It

The more languages you can speak, the more valuable you’ll be in a Disney theme park. Cast Members regularly encounter guests from around the world and it’s an obvious bonus if you can communicate with them. If you don’t speak any additional languages but you’re good at miming and guessing your way through a conversation with someone who doesn’t know a word of English, you’re good to go.

7. You Always Crouch Down to Talk to Children

They’ll teach you this as part of your training, but you’re really stellar Cast Member material if you do it naturally. If this seems strange, try crouching down and getting on the child’s level the next time you talk to a tot. You’ll be amazed at the difference it makes.

I am quite experienced at bending down to talk to children.(I drove a school bus for 15 yrs.) I carry plenty of disney stickers with me when I head to the parks. It is amazing how quickly a sticker dries the tears or can stop a tantrum. I take the time to tell the children how well they are behaving in front of their parents. (Everyone complains when the children are out of sorts.)
As I am using a scooter now, I don't think I could handle a whole day of standing. There was a time that I would have loved to have been a cast member.

Even though I'm with Marriott now and not Disney, my wife still accuses me of having Pixie Dust in my veins and not blood. Best job I've ever had, working first in EPCOT attractions and then the Yacht Club Resort as a Concierge.

I carry a pocket full of "magic" pirate coins to do magic tricks for the kids on the docks at Downtown Disney!