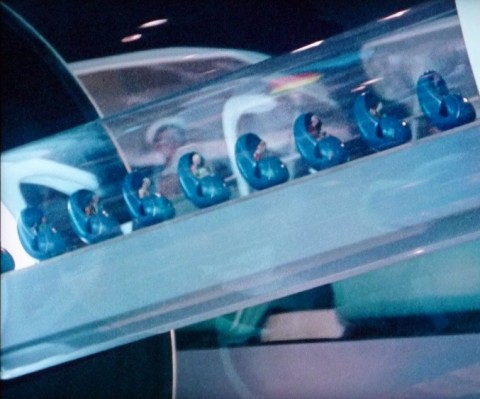 Take a look back at Adventure Thru Inner Space, Disneyland's first ever Omnimover dark ride.

When Disneyland first opened in 1955, Tomorrowland was in something of an unfinished state. Although Walt Disney worked hard to add new attractions to the area, by 1967 it was time for a major overhaul. New Tomorrowland debuted that year, with a new type of dark ride as its headline attraction: Adventure Thru Inner Space. 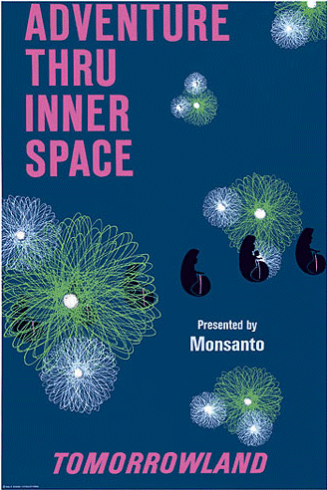 For the first time, the attraction offered guests the chance to be shrunk down to a size smaller than an atom. The queue line was a major part of the experience, with waiting riders watching as others entered the Monsanto Mighty Microscope - only to emerge at the other end in miniature form! 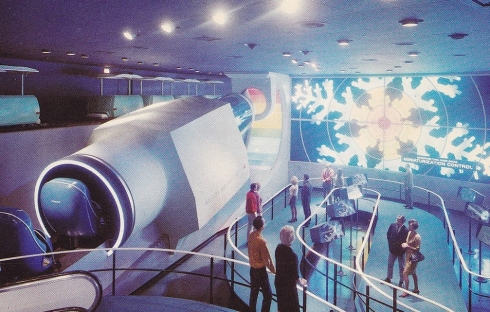 Adventure Thru Inner Space was the first Disney attraction to use the company's revolutionary Omnimover ride system - the same system that is employed by the likes of the Haunted Mansion today. The "Atommobile" vehicles carried guests pass giant snowflakes, Mickey Mouse-shaped molecules and the inside of an oxygen atom. Gradually, riders would start to return to normal size, witnessing swirling water molecules as the "snow" seen earlier melted. 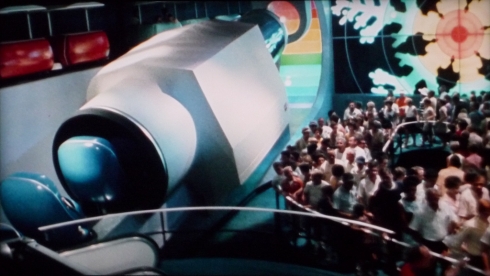 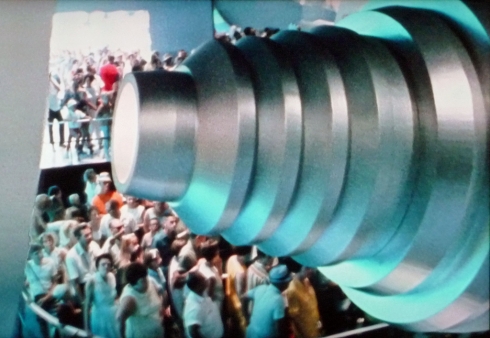 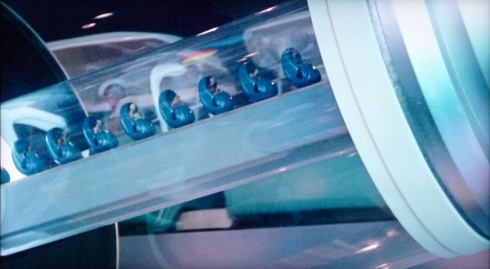 After exiting, guests passed through Miracles from Molecules, a display of sponsor Monsanto's advances in material science.

Walt Disney had conceived the idea of Adventure Thru Inner Space in 1957, proposing a ride themed around the Disneyland television show episode Our Friend the Atom. However, the project was put on hold as Disney focused on preparing a variety of attractions for the 1964 World's Fair.

The attraction closed in 1985 to make room for the Star Tours simulator. In turn, that was replaced by Star Tours: The Adventures Continue. Look out for a tribute to Adventure Thru Inner Space in the modern-day attraction - the Mighty Microscope is visible when escape the Death Star above Geonosis.