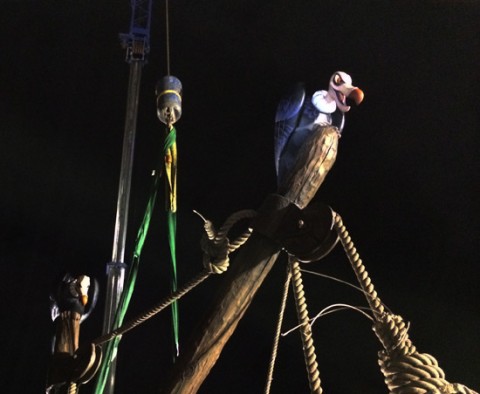 This is the weekly rumor and refurbishment update for Orlando-area theme parks for the week of December 1, 2013.

It seems there is new news regarding MyMagic+ at Walt Disney World every week. This week saw the discontinuation of Key to the World cards for Disney's All Star Resorts. Cast Members stopped distributing the cards at All Star Sports on December 2  at  All Star Music on December 4 and at All Star Movies on December 6, 2013. This is an expansion to the program that was introduced at Disney's Pop Century Resort in November. All guests checking in will receive a grey MagicBand if they were not customized on the MyDisneyExperience website in time. Key to the World cards can be requested at the front desk and will have the same functionality as the MagicBands. Although, the new Key to the World cards do not have a magnetic strip and thus cannot be used in the old paper FastPass machines. That means if you are staying at Disney's Pop Century or All Star Resorts, you cannot take advantage of the paper FastPass system and FastPass+ will be your only option, unless you own an annual pass. I expect more Disney resorts to be converting to the "MagicBand only" policy in the coming weeks and months.

A new component of MyMagic+ has launched called "Memory Maker". This is a new photo package that will replace the current PhotoPass+. Guests will scan their MagicBands with PhotoPass Photographers and digital copies of the photos will be available on the MyDisneyExperience website. The difference between Memory Maker and PhotoPass+ is that users can now download the photos an unlimited amount of times up to 45 days after the photo was taken. Previously, Disney only permitted a single download of each photo. The Memory Maker package includes PhotoPass photos as well as attraction photos. If you are interested in the new photo package, more details can be found on the MyDisneyExperience website.

There's new development on the progress of the Seven Dwarfs Mine Train (everybody cheers in their minds, maybe some tears are being shed). Some scenic elements have now been installed at the top of the first lift on the mine train. Here's what the Disney Parks Blog officially said about the milestone.

"Our friends at Walt Disney Imagineering recently reached another milestone in the construction of the attraction with the overnight addition of a few scenic elements guests will encounter at the top of the mine train’s first lift. When mine cars pull out of the load area, they’ll travel up the track to the top of the mountain, where a jib crane sits topped by two ominous vultures, the latter of which originally appeared in the park’s original Snow White’s Scary Adventures attraction. This is the last stop before the mine train’s cars plunge into a mine shaft." 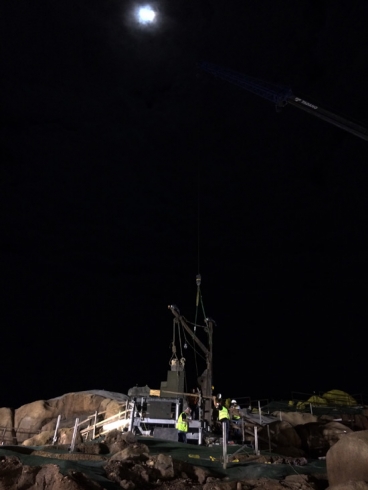 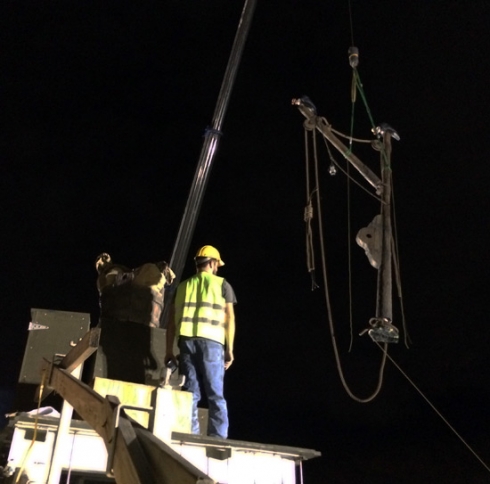 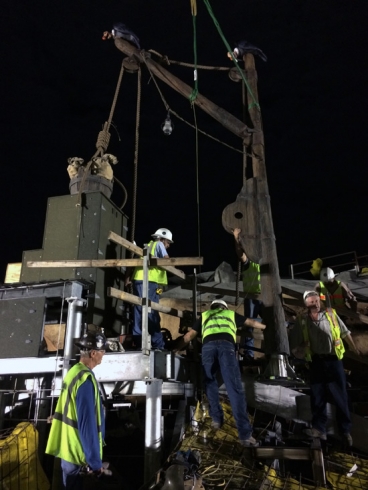 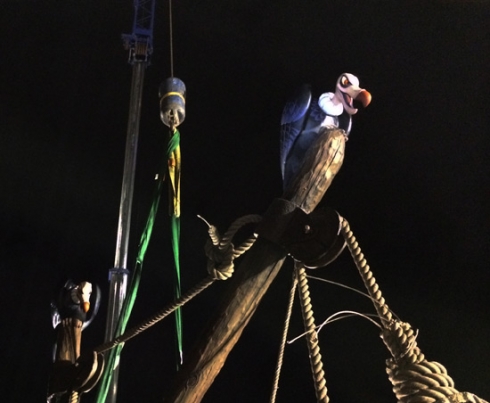 It is exciting to see more than just the paint and concrete being poured onto the new attraction. Not to mention the nod to the original Magic Kingdom attraction that the mine train is replacing. A full photo update on the mine train is coming up in just a few weeks so stayed tuned.

The Christmas Day Parade will finally be over on December 7, 2013 and the large tree in the center of Main Street will be placed soon after.

Rumors have been swirling this weeks about possible details for the headliner attraction at the new Avatar themed land in Animal Kingdom. You can read more about the details of the attraction here. Disney fans seem to have mixed feelings on the possible attraction (remember nothing has been officially announced by Disney). Many feel it is a ripoff of Soarin' and will be a failure like New Fantasyland. I have to disagree because Animal Kingdom is the only park without a simulator type attraction and guests love to be immersed in a 3D digital environment. Disney is already promising a boat type attraction with audio animatronics and a simulator that improves on Soarin' could be the perfect fit to complete Animal Kingdom. The park has a roller coaster (Expedition Everest), a water thrill ride (Kali River Rapids), a dark ride (Dinosaur), a family ride (Kilimanjaro Safaris) and a theater show (It's tough to be a Bug/Festival of the King/Finding Nemo the Musical). The two main attractions missing are a classic boat ride and a simulator attraction.

Something I do disagree with is the rumored opening of the land in phases. New Fantasyland was opened in phases and I understand why. It is in the most popular park in the world and the extra space is needed as soon as possible. Although, not having the main attraction, the Seven Dwarfs Mine Train, operating for the grand opening created little enthusiasm for the land. Contrasting the Magic Kingdom, Cars Land at Disney California Adventure opened at once and was a instant success. Radiator Springs Racer was operational and the hype increased attendance numbers for the park. If Avatar at Animal Kingdom opens in phases, it might not bring the same hype as Cars Land and be deemed another failure of Walt Disney World.

The Hogwarts Express was spotted undergoing testing at Universal Orlando. You can catch the video here. You don't see Universal opening Diagon Alley in phases and I am sure it will be extremely popular when the land opens summer of 2014.twww