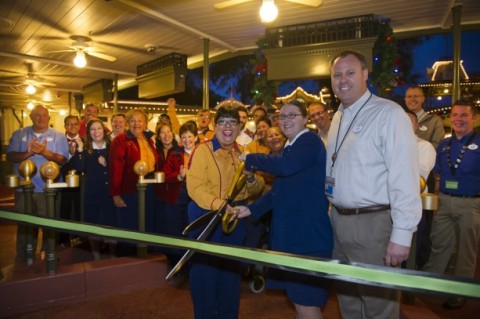 This is the weekly rumor and refurbishment update for Orlando-area theme parks for the week of November 24, 2013.

New bus stops at the Magic Kingdom opened on November 24, 2013, bringing the total to thirty-four stops. The new bus stops are replacing the ones currently used at the Transportation and Ticket Center. Direct transportation to the other Walt Disney World theme parks such as Disney’s Hollywood Studios, Disney’s Animal Kingdom and Epcot will now be possible without having to travel to the Transportation and Ticket Center. Although those bus stops will not open until December 15, 2013. The new bus stops are also able to accommodate new doublewide buses (the ones with an accordion in the middle), or two single buses. This should greatly improve the bus capacity during peak hours. 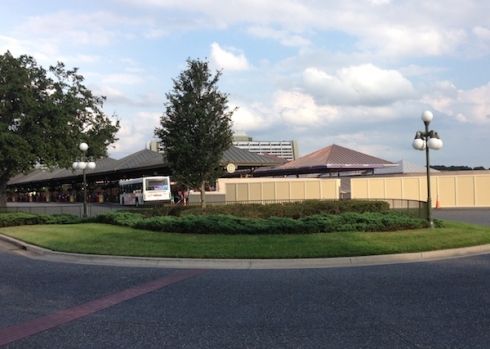 These bus stops can accommodate the doublewide buses

Good News! All reservations made for a Walt Disney World Resort will now be taking part of MyMagic+. Before, there were “test periods” or certain dates where testing of MyMagic+ can occur. Now that has been extended to include every date if you are staying at a Disney Resort. Once you make a resort reservation, you will be granted access to all the features of MyMagic+. Existing reservations for April 1, 2014 and beyond will have access to MyMagic+ beginning December 4, 2013. FastPass+, touch-to-pay, touch-to-enter and the MagicBands are all part of MyMagic+. Whether you agree or disagree with the project, this is a step in the right direction as this new system slowly becomes fully active. 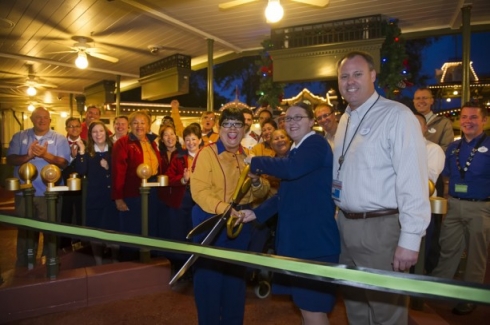 The Disney Parks Blog celebrated on Wednesday, November 27, 2013 when all of the Walt Disney World theme park entrances became turnstile free. That’s right, there are no longer any physical barriers between you and the Main Street Station. This did not happen overnight, starting in February and taking the rest of the year to complete. Here’s what the Disney Parks Blog had to say.

“The first park to trade turnstiles for touch point entries was Disney’s Typhoon Lagoon Water Park, which became the first turnstile-free park in late February. Similar replacements have taken place at parks across Walt Disney World property throughout the year, making it easier than ever for guests – especially large groups, or families with strollers or wheelchairs – to enter the park together. To enter a park, guests now simply touch their ticket media, Annual Pass or MagicBand (in testing) to the touch point on their way into the park. Cast members are still stationed at entrances to greet guests and assist when needed.”

Having used the new touch point entries, I think they are much improved over the medieval turnstile. Families with strollers (and the people behind them) are the ones who will greatly appreciate the openness of the touch points. I also think it’s just plain fun seeing the Mickey light up green, like magic. It’s almost as if I’m being rewarded for tapping my MagicBand and scanning my finger. Was it worth a few billion dollars? I don’t know, nor do I really care because it’s not my billion dollars. I’m just glad I get to reap the benefits.

Kali River Rapids at Disney’s Animal Kingdom will be closed between December 2, 2013 and December 13, 2013.

The Hippy Dippy Pool at Pop Century will be closed for only three days between December 9, 2013 and December 11, 2013

The End Zone Food Court at Disney’s All Star Sports will most likely reopen on December 21, 2013 after a four and a half month refurbishment.