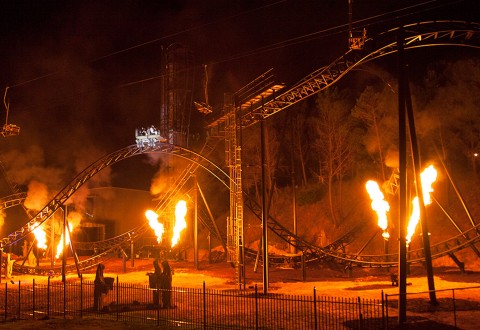 Welcome to the November edition of the "Australian Theme Park Roundup", provided exclusively to Theme Park Tourist readers by AusParks.com.au.

Just a few months ago, Sydney-based real estate developer Ammar Khan announced that he was planning to rebuild Sydney’s iconic Wonderland theme park, which closed in 2004. In an AusParks.com.au exclusive, we talk with Ammar Khan who is Project Director for the Western Sydney Theme Park project.

The estimated cost to build Sydney’s Wonderland is currently within the vicinity of $150 million, while the two other parks are estimated to cost around $80 million each.

The completed resort will be roughly 200 acres in size.

Adventure World (Perth, WA) officially unveiled its long-awaited roller coaster — Abyss — to the public earlier this Month after months of anticipation and excitement.

German rides company Gerstlauer manufactured the Euro-Fighter roller coaster, which has a top speed of over 85 km/h and a total track length of 630 metres.

The roller coaster also has a “secret” dark ride section.