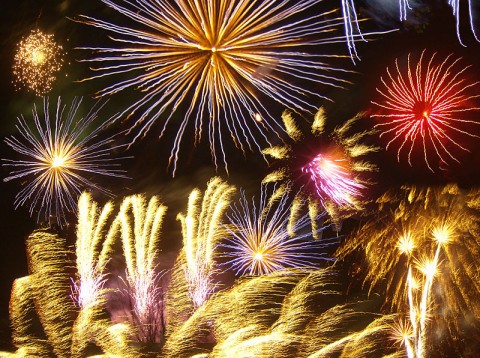 Alton Towers could be described as one of the most unique theme parks in the world. Built surrounding picturesque gardens and a grand stately home residing at its core, the nation's favourite theme park has been pleasing thrill seekers with its collection of first class rides for over three decades. But with 2013 welcoming the addition of the worlds first 14 looping coaster The Smiler (albeit suffering serious operational problems), as the season was drawn to a close the park certainly had a lot to celebrate. And what better way to bow out of one of the most successful seasons on record other than throwing a £multi-million firework extravaganza over three days.

The event, which took place in 2013 on the 8th, 9th and 10th of November, allowed guests once again to experience a whole new park after dark as some of the star attractions thrilled riders until 9pm. Nemesis proved that after nearly two decades of service, it is still one of the most intense roller coasters in existence- only intensified as the stormy winter night drew in. Elsewhere, The Smiler’s unique ‘Marmaliser’ element took center stage in the X Sector section of the park with the LED screens shimmering over the 14 record-breaking inversions of the coaster in the winter darkness.

But as the sun set over the Staffordshire countryside, the iconic Towers were basked in a rainbow of atmospheric colours as chart music began to blast across the resort. What the pubic were being geared up for was one of the most spectacular firework shows the UK theme park industry has ever displayed.

Celebrating the bonfire festivities isn’t a new concept within the UK theme park industry. Thorpe Park and Drayton Manor are some of the British parks to have their fingers stuck in the firework extravaganza pie. But UK theme park goers have never been treated to a display quite like Alton’s latest efforts.

Once a staple event within the seasonal calendar, the fireworks event took a four-year hiatus after making a sensational return in 2010 to celebrate three decades of Alton Towers as a theme park. Every year, the budget has been stretched and pyrotechnic technology pushed in order to give park guests a display to remember. And for 2013, the park took a step back in time theming their display to ‘memories’. And the memories created were some that most will take away with them for many years to come. 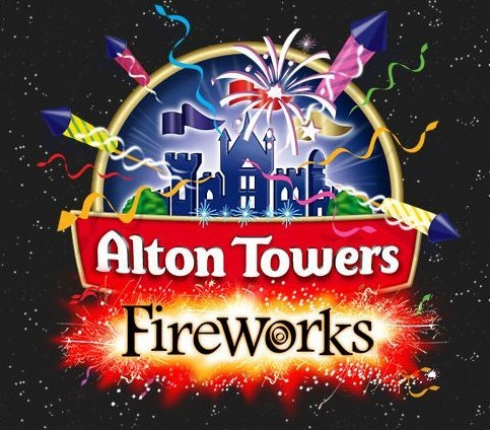 For the third year running, award winning pyrotechnics specialists Jubilee Fireworks were at the helm to provide 25 minutes of explosive magic. Within recent years, Alton has paid tribute to current chart music opting to choreograph their display to some of the most popular tracks blaring out of teenagers iPods across the country. But for 2013, it was all change as the park were clearly influenced by their mission to create magic and memory by paying tribute to some of the most iconic rides and roller coasters that has helped shape Alton Towers into the theme park resort juggernaut that it is today. As the crowd congregated around the Towers, the story began to unfold before our eyes in an explosive way…

Atmosphere hit fever pitch as guests were introduced to our narrator for the evening - The Gatekeeper. The low, dramatic vocal echoed around the surrounding Towers and Ingesture Lake as we boarded our virtual time machine for a whistle stop tour through the Alton Towers history books. ‘The ground may shake!’ a voice bellowed down the loud speakers as lasers cascaded around the Towers in a eerie glow accompanied by an alarming boom ricocheting across the park. Time travel had well and truly commenced. 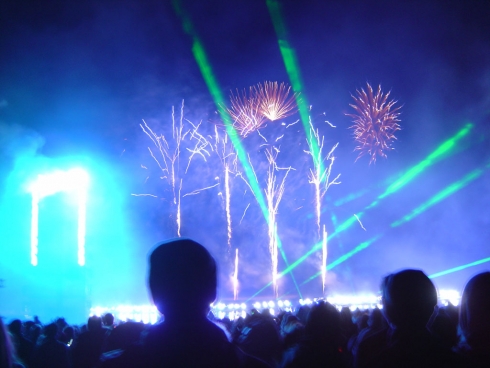 Loud fireworks, bangs and firecrackers marked the beginnings of a journey through time as the dramatic soundtrack and light spectacle transported us back to the 1800s when the site was ruled by earls and aristocracy. The atmospheric bangs combined with the James Bond-esque soundtrack made all gaze into the sky in awe. From the start, it was obvious this travel through the decades was going to be a pyrotechnic display like no other.

Sure enough we found ourselves in the electric eighties paying tribute to the Corkscrew coaster that shuttered in 2008 after a mere 28 years of service. Dead or Alive’s hit ‘Right Round’ serves as the backing track as colourful rockets were fired from all angles. Gaze upwards and the Staffordshire skies were ablaze with colour and light. From pink explosives to silver shooting stars, fans of the late Vekoma coaster were certainly enjoying reminiscing about the era when the iconic roller coaster made its debut.

Fast- forward three decades and we are back in the 21st century. ‘Experience a psychological thrill’ the Gatekeeper told us as green lasers were projected through the smoke and onto the iconic Towers backdrop. Sparks of fireworks were then majestically flung into the air as Thirteen inspires the next few moments of the show. From green projections set to the enchanting soundtrack to fireworks shimmering in the night’s sky, the display continued to be an awe-inspiring spectacle.

Following in the footsteps of Thirteen, we were then greeted with a colossal drum 'n’ bass track as we are told ‘They don’t call it the king of coasters for nothing’. It is reference to arguably the most intense inverted coasters in the world: Nemesis. A sea of red is visible as noisy rockets are launched once again into the sky choreographed to a thumbing beat and ticking clocks. The memory makers then place the display into 5th gear. Blur’s Song 2 ricochets around the Towers as Rita speeds her way into the sky followed by the audio of Oblivion’s ‘Don’t Look Down’. More lasers are projected around the viewing area as a party in the sky erupts over the Towers. The display is vibrant, immersive and world-class. 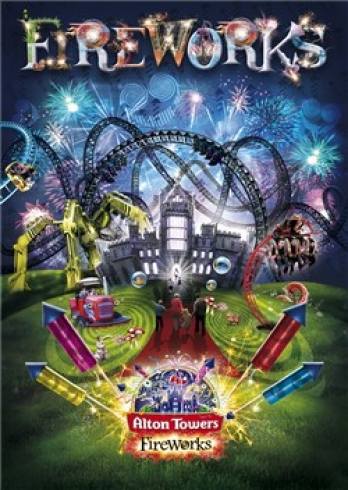 Custom displayThe display paid tribute to some of the most iconic rides in the park. Image: Merlin Entertainments

But as the thumping beats came to an end, the blissful sound of British Coldplay became audible. Their hit single Charlie Brown became the soundtrack as the park paid tribute to the world’s first flying roller coaster: Air. As the rides tagline ‘Assume the position… no fly’, the sky became alive with turquoise and blues and sparklers flew through the air.

As Air lost its wings and returned to earth, the magic had died. The smoke shimmered into the sky and the display took an emotional turn. ‘Look around you’ the Gatekeeper told the audience. ‘These are the people that create real magic’ as sparks began to fly and fireworks fired all in directions once more. From rockets shaped to love hearts to sparkling pyrotechnic waterfalls cascading into the Ingesture Lake, Alton Towers stripped everything back to the beginnings of what the park is about; creating magic and memories for the whole of the family.

But the calmness was short lived as an all-controlling force soon took over.  The infectious giggles from The Smiler soundtrack broke the silence accompanied by Icona Pop’s 2013 hit ‘I Love It’. The bangs, explosive fireworks and lasers reached a climax as rockets in the shape of smiling faces were seen lighting up the night’s sky as the park officially welcomed their record-breaking coaster to the resort. 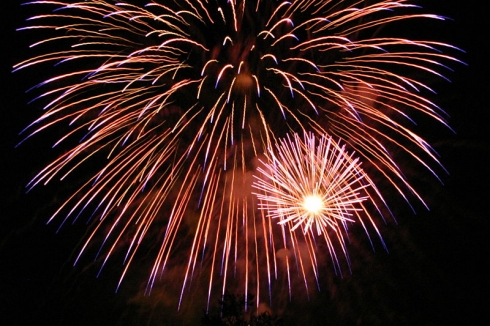 20 minutes after the first explosion, the skies of Alton Towers were about to become alive for the final time. As the Gatekeeper summed up in a typically dramatic fashion, the iconic ‘Hall of the Mountain King’ track, which has been used within the park's marketing for over a decade, set the scene for the grand finale as the Towers were masked in an eerie gunpowder cloud.

The Alton Towers fireworks event has been a firm favourite on the events calendar for a number of years. But with a custom display by one of the best in the world, a spectacular historical building as a backdrop and more explosives imaginable, the spectacular display once again proved that Alton Towers really does create magic.