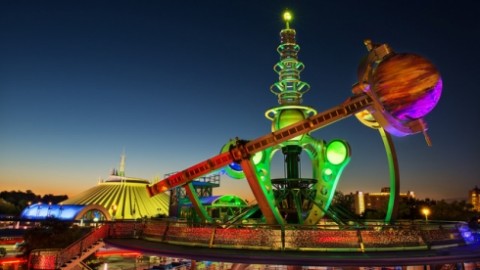 Cast Members see it all - probably a lot more often than you realize.

You’ve probably read some of the stories of the extreme and bizarre things that Cast Members will encounter from time to time. Put that many confused tourists together in one park, load them up on sugary treats, toss a few language barriers in and you’re sure to have some entertaining mishaps. While the really extreme things only happen once in awhile, there are several great and not-so-great occurrences that Cast Members run into fairly regularly. Here are the top best and worst things most Cast Members have to see.

Many families with Give Kids the World choose to come to Walt Disney World and Cast Members do everything they can to create a magical experience for the families. Sometimes it’s obvious that the children aren’t feeling too well on their visit, but you often get to see their faces light up despite what they’re going through thanks to something you were able to provide.

2. Small Children and Their Favorite Characters

Character meet and greets are the best when children are at that magical age where they truly believe that they’re meeting the iconic Mickey Mouse they saw just that morning in their favorite cartoons. With characters popping up regularly throughout the parks, you can witness these moments just about anywhere, whether it’s a little boy’s delight at spotting a couple storm troopers, or a girl meeting her favorite princess for the first time.

3. Your Own Favorite Characters in all their Glory

Some characters just do it right. I used to pass Captain Jack Sparrow in the tunnels on my way to work and when I saw him I always got to see the actual Jack Sparrow, with a flourish, bow, and “’ello love.” Sometimes the magic hangs on, even when you’re backstage. Moments like those make it easier to remember why all those hot sweaty guests are really there.

4. Guests Who Know What They’re Doing

It’s fine to have questions, really. But it’s so refreshing to encounter guests who’ve done a bit of research and have something intelligent to ask. We know what guests really mean when they ask “what time is the 3 o’clock parade,” but it’s still nice to hear it as “about what time does the 3 o’clock parade get to this point?”

5. Guests That Appreciate the Cast

Around the holidays we’ll occasionally get guests who have actually considered the fact that all those Cast Members who are helping them enjoy Christmas Day at Disney with their families aren’t themselves celebrating the holidays with their own spouses and kids. It doesn’t take much, but those “thank yous” from people who realize you gave up your own holiday for theirs make it much more worthwhile.

I've celebrated the last three Christmases at WDW. I always do my best to thank as many Cast Members for sacrificing their holiday to make mine magical.

The last time I went to WDW, one of the CMs that I pin traded with was originally from Japan. I know a few words of Japanese, one of which is 'Thank you', and so thanked her in Japanese. She was surprised that I did that, but a happy surprise.

I love Disney Cast Members. I'm always thrilled when I interact with them, so they always receive a beaming smile and a well-deserved thank you. One of my favourite things is how often they are as enthusiastic about things as the guests are. I was buying a tiny little soft toy Goofy magnet, and when I took it to the counter the first thing the Cast member said when I put him on the counter was a delighted "aww, a little baby Goofy!"

Looking at these comments reminds me of my many trips to Disneyland. I had numerous awesome days spent with me and my family. My aunt, uncle, and cousins lived near Disneyland and we would go on trips over there and stay at their house. I think out of the many times I went there we had only one negative experience (one of the parking tram driver was in a bad mood or something that day), but for the most part all the other 20+ times I went it was magical and great! Heck I remember when one year we went to the Indiana Jones ride and they had to shut it down while we were in line. The nearest exit door was next to us and we went out and found we were outside the park behind the scenes. It was getting dark out and we went past these bikes parked in a line. A CM was wandering around the area. My mom asked how to get back in the park and told the situation. They happily told us how to get back in the park. I have to say Disney does as much as they can for their guests. Yeah I am sure some of the CMs working there have bad days. They are only human.

We were at WDW last year for Easter, and made up a bunch of little thank you cards to give to the cast members for working on Easter so we could have a magical holiday. After only handing out a couple, we stopped because the CMs looked at us like we were crazy. We were still very appreciative of the wonderful day the CMs made possible, so thank you.