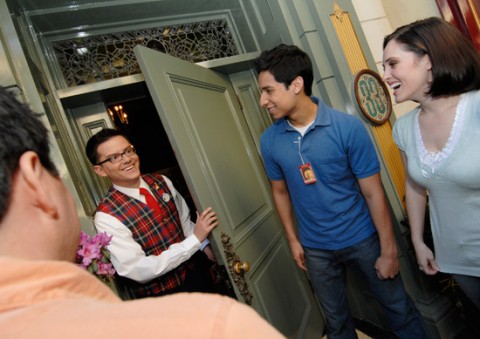 In this new series of articles, we'll take a look at some of the more unusual and amazing things that you can do at Disney theme park resorts all over the world. It seems appropriate to start where it all began - Disneyland - with a visit to the very apartment that Walt Disney stayed in while building the park. The construction schedule for Disneyland was painfully short - the park famously opened just one year and one day after work began. Disney was heavily involved in almost every aspect of the project, and that meant spending a lot of time at the park. Often, it even meant sleeping there. So Walt had an apartment constructed above the Fire Department building on Main Street, USA.

The tiny apartment was equipped with a bathroom (complete with shower) and a small kitchen, and was "themed" to fit in with the firehouse downstrairs. It was decorated by Emil Kuri, who was also responsible for decorating the rest of Main Street, USA. Walt's wife, Lillian, was able to relax on a small patio, while Walt worked away at a small wooden desk. Guess what? The apartment is still there. And you can visit it!

Access to the apartment is limited to guests on the "Walk in Walt's Disneyland Footsteps" tour, which launched back in 2012. Focusing on Walt's life and work on Disneyland, it includes a look inside the apartment, a glance at the lobby of the exclusive Clubb 33 and a private lunch on Main Street, USA. 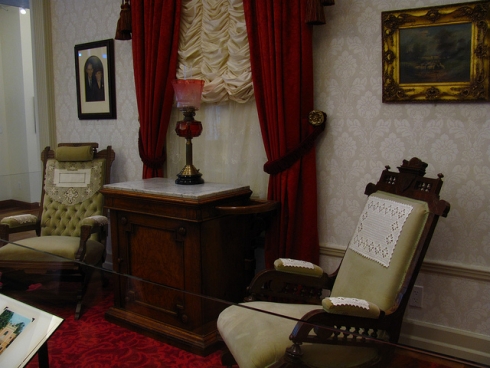 You can't take photos in the apartment (there's a sneaky glimpse above), but a group photo is taken, so you'll have a memento of your visit. You can pre-book a slot by calling 714-781-TOUR (8687) - it'll set you back $109 per person, or $87.20 per person for Premium or Deluxe Annual Passholders and Disney Vacation Club members. You'll have to pay for admission to Disneyland, too.