Vintage Disney: Remembering 20,000 Leagues Under the Sea at the Magic Kingdom 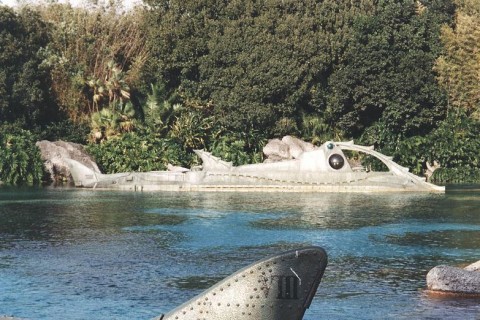 Do you remember 20,000 Leagues Under the Sea: Submarine Voyage at Walt Disney World's Magic Kingdom? Here are some great pictures to refresh your memory!

The Under the Sea - Journey of the Little Mermaid dark ride recently opened in the Magic Kingdom's New Fantasyland, so let's seize the opportunity to commemorate the attraction that once occupied the same site. From 1971 through to 1994, guests could take a voyage on a submarine into a world inspired by Jules Verne's 20,000 Leagues Under the Sea.

Just prior to the ride's final closure, Disney's Imagineers captured some of the water from its tank in bottles that were stored at the company's Florida headquarters. As can be seen in the video below, this water has now been returned to the pool that sits in front of a new recreation of Prince Eric's Castle as seen in The Little Mermaid.

Building on a Disneyland original

20,000 Leagues Under the Sea: Submarine Voyage was not Disney's first attempt at an underwater attraction, of course. Disneyland's own Submarine Voyage ride first debuted in 1959, some 12 years before the Magic Kingdom opened its gates. Boasting a total of 8 submarines, it carried guests on a trip past animatronic fish and (for a while) models dressed as mermaids. Despite its chronically poor capacity, the ride proved to be a smash hit with guests. 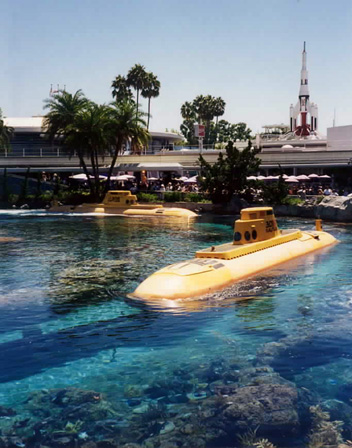 Naturally, the Imagineers working on the Florida project wanted to create something bigger and better. They expanded the scale of the attraction so that it could accommodate 12 submarines, with the tank sprawling across a large area of Fantasyland. Crucially, they also opted to adopt the 20,000 Leagues Under the Sea theme, providing a storyline instantly recognisable to fans of the book and Disney's 1954 movie adaptation. 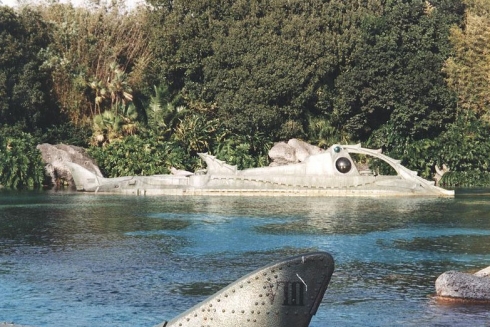 Despite the difference in theme, the Magic Kingdom's version of the Submarine Voyage was actually very similar to the Disneyland original. After an initial "dive" underneath the surface, riders looked out of either side of the submarine as a variety of marine life passed by - with the highlight being the infamous giant squid.

The "submarines" used in 20,000 Leagues Under the Sea were not, in fact, submarines at all. Instead, they were boats that floated on the surface and made their way around a circuit lined by concrete guides. As with other, more modern submarine rides such as Atlantis Submarine Voyage at LEGOLAND Windsor, guests sat in the submerged part of the boat, with no windows to reveal that the upper portion was above the water line. In charge of each submarine was a helmsman, who was usually male.

Disney's animatronic creations always require regular maintenance in order to keep them in working order and looking the part. This was particularly the case for the Submarine Voyage rides, though, where the chlorinated water could rapidly corrode and damage parts. Divers were responsible for keeping them up-to-scratch.

The end of the line

After more than two decades of entertaining Walt Disney World guests, 20,000 Leagues Under the Sea was closed on September 5, 1994. At the time, Disney claimed that the closure was temporary, but it finally conceded in 1996 that the ride would never reopen. The submarines were dismantled, with many of the parts being auctioned off to collectors. 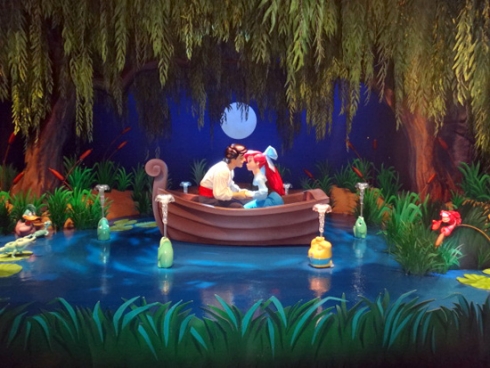 Now, of course, Disney has opted to house another "underwater" attraction in the former location of the long-lost favorite. One of the headline attractions in the expanded New Fantasyland, Under the Sea - Journey of the Little Mermaid offers a near-identical ride experience to The Little Mermaid: Ariel's Undersea Adventure at Disney California Adventure. Real water isn't involved, though - the ride uses a version of the OmniMover system as employed by the Haunted Mansion. 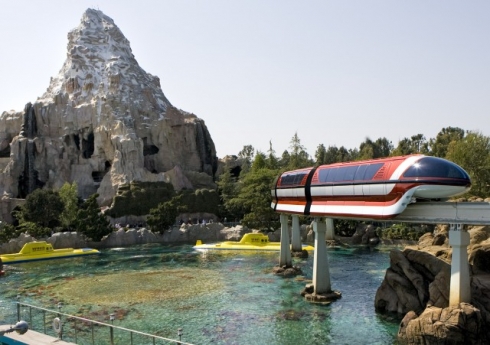 Disneyland's subs are overlooked by the Matterhorn and the park's monorail.
Image © Disney

What became of the Disneyland original? Well, it lives on as Finding Nemo Submarine Voyage, although rumors do still persist that Disney will eventually tire of its persistent capacity problems and replace it. 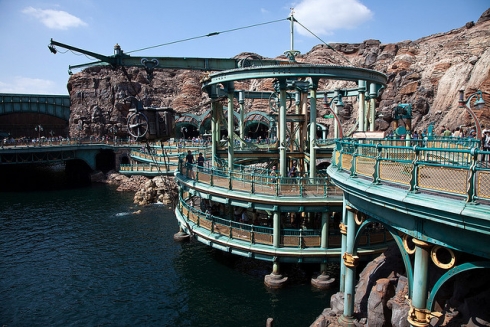 Jules Verne fans can still find a 20,000 Leagues Under the Sea attraction at Tokyo DisneySea, too. After boarding one of the ride's submarines, guests travel through a variety of recognisable scenes, including a spectacular set-piece involving the giant squid and a final section based around the lost city of Atlantis. Interactive elements, including rider-controlled searchlights, expand the experience.

Do you have happy memories of 20,000 Leagues Under the Sea: Submarine Voyage? Share them with us in the comments section below.

My uncle did construction on the rocks used throughout the ride in Florida. I lived in Orlando as a child and always looked forward to this ride. I was just old enough back in the 80's to night be genuinely terrified by the giant octopus but still young enough to suspend my disbelief to enjoy the ride and be a little bit scared of the "dive." This was a great ride and I was sad to hear it had gone, but I carry fond memories!