Would you ride...Cannonball Loop at Action Park? 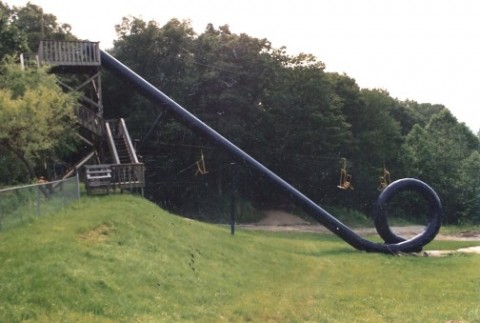 The infamous Action Park in New Jersey was the site of at least six deaths. Surprisingly, none of them came at the hands of the truly ridiculous Cannonball Loop.

After flying down a steep slope, riders on this water slide would be sent through a ludicrously tight vertical loop. If they didn't weigh enough, they could expect to fall to the bottom, probably sustaining a nasty bump in the process. 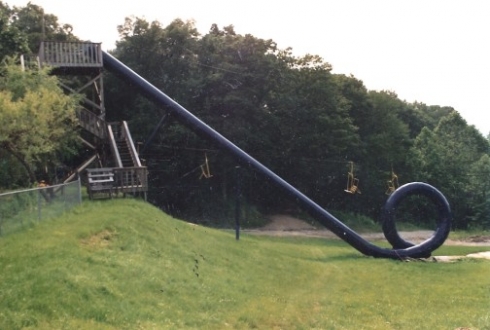 Very few riders were actually "lucky" enough to be able to experience Cannonball Loop, as it is said to have operated for just one month during the summer of 1985 before being shut down. Those who did could look forward to being sprayed by a garden hose by an attendant beforehand, to make sure that they were suitably lubricated. 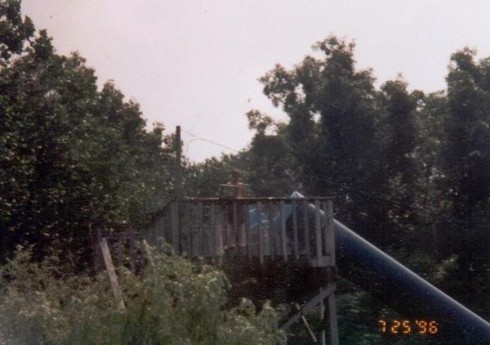 What were the origins of this bizarre creation? One former Action Park employee told WeirdNJ:

The Cannonball Loop was the brainchild of some Swiss guy they imported on a week-long visa. I was one of the idiots that accepted you-know-who's crisp $100 bill to test run it. That was my last ride. $100 did not buy enough booze to drown out that memory. 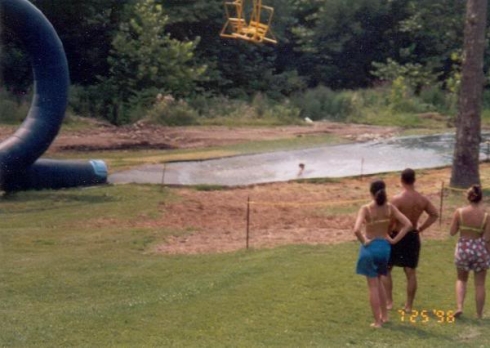 A former Cannonball Loop ride attendant recalls the experience that greeted those that braved this beast:

The top attendant then instructed the rider on the only acceptable ride position (on your back, feet first, arms folded across chest, ankles crossed), waited for the hatch attendant to check inside for any weirdness (cracks, water not flowing, etc), and then WHOOSH! Off they went. They made a godawful racket in there, with the bumping around and the screaming, but they always made it out alive, though no one was foolish enough to ride it a second time.

Would you have braved the Cannonball Loop?

Would you have dared to ride this monstrous water slide? Vote below to let us know!

Considering the last pics are of me, I'd say no. My body couldn't handle that anymore.

I'm familiar with this 'ride' after it was featured in a Travel Channel documentary. After almost a decade of riding water slides, roller coasters and other crazy thrill rides, I'm afraid to say I would put my safety first and pass on this one.