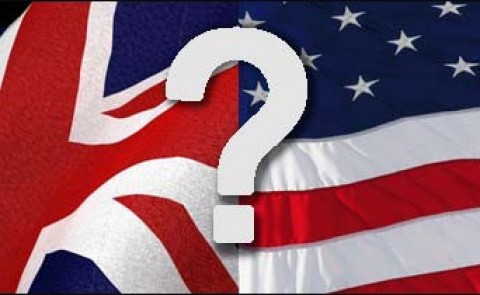 Editor's note: The author of this article wishes to remain anonymous, so I've posted it under my name.

It’s probably quite embarrassing that I’ve been to more theme parks in the US than I have in my own country - but I know the “main” UK parks well enough to know that there are a couple of practices the two countries could learn from one another.

So, in no particular order I will list things that, I feel, each country can learn from the other - starting with what the US can learn from the way we do things here in the UK.  As a side-note, the US parks are generally pretty darn good!  However, I think the US should:

1) Lower Parking Prices.  People here in Britain moan about the expense of parking their cars at either Legoland Windsor, Thorpe Park, Alton Towers or Chessington.  The costs at the time of writing (October 2013) for Legoland Windsor are: £3 ($4.85), Thorpe Park is £5 ($8.09) and Alton Towers is £6 ($9.71).  Compare this to over in the good ole USA, where Six Flags Great America (for example) charges $25 (£15.45) on the day and $22 (£13.60) when booked in advance. Any Walt Disney World parking lot is a (slightly less eye-watering) $15 (£9.27) which matches that of Cedar Point’s car park price.  Not surprisingly, Six Flags is the worst culprit of expensive parking fees!  (I have a whole article to write about what I think is wrong about Six Flags’ business practices, but we’ll save that for another time, shall we?)   I also prefer the way the UK model works, in that you pay for your parking after your day at the park - so you’re not hit with the shock of forking out a $20 addition to your park entrance experience before you’ve even boarded a ride! 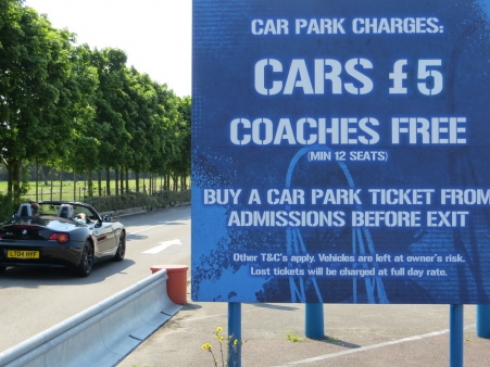 2) Lower Food Prices.  This is a tricky subject, as I tend not to really eat a huge amount when I am at the parks, and I will be focusing on the Merlin Parks vs. the Six Flags/Cedar Point world (because Disney is bound to be expensive but at least they offer food of variable qualities).  What I love about the Merlin parks is that they have the wonderful Pizza and Pasta Buffet restaurants where for roughly £10 ($16) you will get unlimited pizza, pasta, salads and soft drinks.  It’d probably cost you the same amount to get a single slice of pizza and a small drink at a Six Flags park. 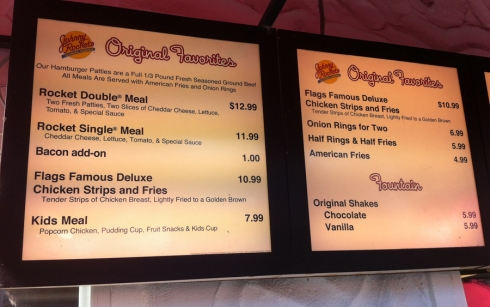 3) Employ Braver Ride Themes/PR Stunts.  I think the US plays a lot of ride themes too safe.  Whilst here in Europe, we have year-round rides based on Alien attacks (Nemesis’ Rivers of Blood and the Sub-Terra attraction), Saw -The Ride (a rollercoaster based on an adult horror movie franchise), a rollercoaster based on an winged creature attacking a town (The Swarm).  The US has Wing Riders based on a flying eagle (Wild Eagle), a GateKeeper (is that even a theme?) and an airplane (X-Flight).  Merlin are also renowned around the world for their wacky/genius (you decide) PR stunts.

The most brilliant one of all time being for The Smiler, where they successfully planted the ride’s logo into the collective consciousness of the nation by projecting it onto Big Ben, printing them on sheep (and having it be a completely separate news story), hiding the logos underwater within their Sea Life attractions and at other midway attractions and parks… it was just brilliant.  I think the US parks release things too early, and all the excitement is lost.  Early on in the 2013 season we already knew what some parks were doing for 2014! Where’s the fun in that?!

There are, of course things we can learn from the US way of doing things!  I’d love it if the UK parks would:

1) Have Longer Opening Hours.  On the day of writing this, which is a Friday just before the Halloween season (the finale of the peak season for the parks, you could say) - Alton Towers, which is labelled as “The UK’s No. 1 Theme Park” closes at 5pm!  FIVE PM!  and during summer peak times, it closes at 7pm - which is still utterly ridiculous (even 9pm during the Scarefest events is early enough). Let’s compare this with Six Flags Magic Mountain which is open until 1am on the day of writing this article.   It’s worth pointing out that the UK’s Halloween events are not separate ticketed events but - at peak summer times - Magic Mountain still closed its doors at 9pm.  I do applaud Thorpe Park for their extended hours during their Summer Nights Event; during which the park was open for a capped separate ticket event from 7.30pm to 10.30pm.

2) Have more (night time) Shows.  To continue with my plea for longer opening hours for the UK parks, it’d be lovely if the parks had, not only, more night time events (such as fireworks and laser shows) but more entertainment in general - such as parades, street entertainment and indoor live theatre shows.  Alton Towers and Chessington are treading the water with this - but their quality is always pretty embarrassing as all they seem to manage is people lip-syncing along to pre-recorded tracks - a la the 1970s type of theme park show.  I will commend, however, Thorpe Park on their extremely clever (and rather rude) title: “Blows *it up” (or… something else… if you replace the * with a certain consonant).  However, this was one night only, and really should be happening every night of the summer season - if only to keep people in the park for much longer so they can have a spot of dinner at the wonderfully valued pizza buffet before paying for their cheap parking to leave.

So there are four things I think that both the US and the UK can learn from one another when it comes to theme parks.  I could say the obvious that the UK needs to learn from the US - which is to build bigger rides. However, I don’t think we would then have ground breaking achievements such as Oblivion and Nemesis, would we? What do you think?

i do just want to say Alton Towers is forced to close early and has to ask to stay open. it got noise complaints from residence in staffordshire and the council gave them guidelines to follow.
(ride heights, visability, noise, opening times). they give out special offers to near by residence like 20% off .etc
my hometown themepark is told to close early aswell as it is basicly slap bang in town and on a clear day you can head people screaming - abit off putting when your in the cemetary close by ... (living near our park you also get special offers and constant newspaper promotions).

The US parks release the plans for future attractions so early because they are so popular that they have people from all over the world visiting them. For the most part these people plan their visits to the parks at least a full year in advance so they will need to know what attractions will be in the parks by the time of their arrival.

Great article!!
However all I think Merlin will take out of this is Six Flags charge £15 for parking! Why don't we do that!

I think American parks offer wonderful immersive theming which the uk is still lacking, also nothing beats the enthusiasm at some of the American theme parks of the staff who made our trips excellent. Something which Thorpe park really really lacks, and merlin in general could just do better, things like free drinking fountains for water. I think the opening hours of merlin sucks, we had annual passes and would love to have attended after work say on a Friday night which we could do if they opened later than 7.

I guess we can conclude from this article that US parks cover the costs of longer opening times with parking fees.