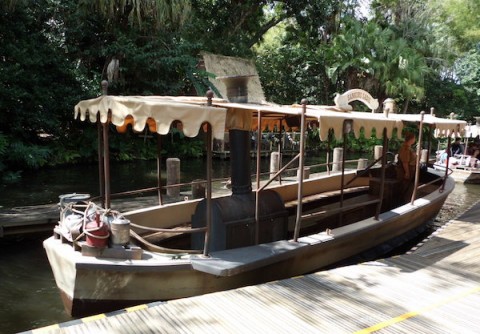 This is the weekly rumor and refurbishment update for Orlando-area theme parks for the week of October 20, 2013.

A bypass next to Main Street U.S.A is currently being built. During peak season at the park, the crowd levels on Main Street can become overwhelming. This is especially true during parade hours and after Wishes Fireworks Spectacular. Disney has been trying to alleviate the congestion by directing guest through the backstage area east of Main Street. Although this can provide a quicker exit for guests who wish not to be trampled by a sea strollers, scooters and large tour groups, the pristine show effect is ruined. There are dumpsters, parade floats, a parking lot, and a general lack of theming in that area. The solution is to build a more permanent walkway that the guests will be able to use. 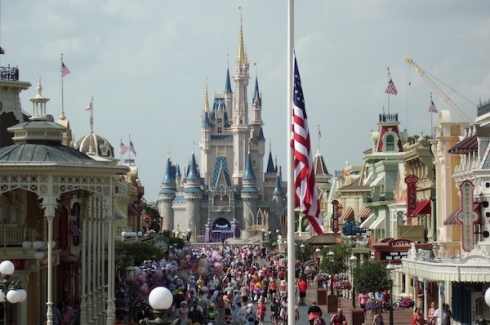 Main Street U.S.A.The bypass will be located to the right of Main Street when viewing Cinderella's Castle

The only other Disney park that has implemented a similar concept is Disneyland Paris. The bypass in Paris is called the Discovery Arcade and is a beautifully detailed covered walkway with separate entrances to the shops on Main Street. I don’t expect anywhere near the amount of attention that went into creating Discovery Arcade to be put into the current bypass project at the Magic Kingdom. The bypass in Paris was designed and built alongside the park and not forty-two years later like the Magic Kingdom. A simple paved walkway that hides the backstage equipment is what I am expecting. Guests who wish to walk down Main Street after the fireworks on New Years Eve while getting very personal with the people around them can do so. The rest of us will have a new “express” route to make it to the monorail or buses in one piece. I don’t expect the new bypass to be completed until sometime in 2014, but that is pure speculation. 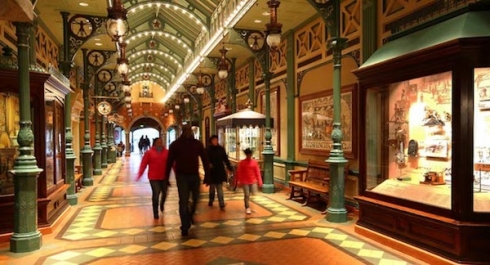 “In this new seasonal storyline of the attraction, the Skippers have grown homesick for the holidays, so they’ve added holiday cheer to the Jungle Cruise queue and boathouse with decorations that have been mailed to them from home (plus a few they’ve created themselves). The Skippers have also added a slew of new jokes to their tours that are the perfect way to get guests in the holiday spirit. Additionally, Jungle Cruise boats have been renamed with the holidays in mind, and if guests listen carefully, they may hear a holiday-themed radio broadcast playing in the background.” 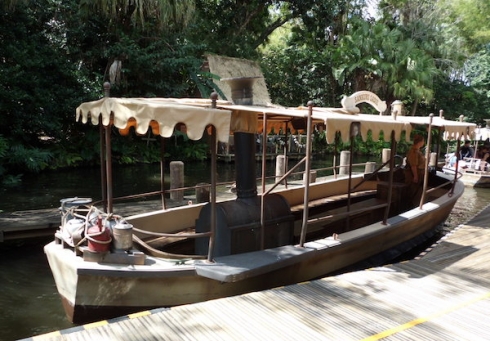 Construction on Downtown Disney continues as it is slowly transformed into Disney Springs. Disney is now considering building up to three pedestrian bridges across Buena Vista Drive to help ease congestion. Disney Springs is expected to open in phases and will be completed in 2016.

A new quick dining spot called the Hollywood Brown Derby Lounge will be located on the patio area of the Hollywood Brown Derby Restaurant in Hollywood Studios. The lounge will be opening on October 30, 2013 and will offer snacks such as beer, wine, shrimp cocktail, Prince Edward Island Mussels, and Duck Confit Tacos. Reservations are not available and seating is on a first-come first-serve basis. The Disney Dining Plan is also not accepted, but the Tables in Wonderland discount does apply.

Disney’s Hollywood Studios will begin scanning guests' MagicBands before park entry during Extra Magic Hours. This new test will take place on October 27 and November 2. Guests will simply tap their MagicBand with a handheld reader held by a Cast Member and once confirmed as a Disney resort guest, they will able be able to enter. The same process will be done at attractions. Guests without MagicBands can show their Key to the World as usual.

Along with the new Extra Magic Hours testing, select Disney resorts will begin issuing only MagicBands instead of Key to the World cards on October 27, 2013. That means that the MagicBand will be the guests' only room key and way of entering the park. This will also limit the amount of FastPasses the guest can use to the three FastPass+ selections. Guests can currently insert their Key to the World to receive additional paper FastPasses. This suggests that the Key to the World cards will eventually be discontinued. That news is a little sad because I use the cards as a reminder of my vacation, but ever since having a MagicBand I never took the Key to the World or my Annual Pass out of my wallet.

Universal released photos of the Hogwarts Express. You can read the full story here.

There is a rumor about a new land themed after King Kong coming to Universal Studios. The space for this new land would be in the area that is currently occupied by the attraction Disaster!. The building that houses Disaster! is said to be in need of extensive repair and building a new themed land would be a better investment. However, Kong is also rumored to be on his way to neighbouring Islands of Adventure. You can read more about it here.

This is on top of Diagon Alley that is set to open in summer of 2014 and the rumored Jurassic Park expansion in Islands of Adventure. With a new attraction rumored to be opening every year at Universal Orlando, it makes me wonder what Disney will do to counter the new experiences offered by Universal. Is Disney betting on nostalgia for increasing attendance, or are they waiting for Universal’s boom to end before expanding in the later part of the decade? It will be very exciting to watch the developments of the two resorts in the coming months and years!