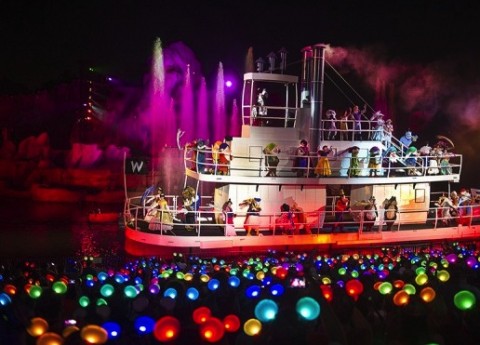 This is the weekly rumor and refurbishment update for Orlando-area theme parks for the week of October 13, 2013.

Glow with the Show had its Fantasmic! debut on October 15. Glow with the Show is a concept that incorporates light up Mickey ears. The Mickey ears are available for $25 (versus $15 for the regular Mickey ears) and light up and change color in coordination with the sights and sounds played during Fantasmic!. This is achieved by sending radio frequency signals to each individual hat that tells it to show a certain color at a certain time. The effect is remarkable, as the audience becomes part of the show. The only problem is that a large number of guests need to be wearing the special ears for the effect to properly show. With only a dozen ears in the 9,000-seat amphitheater, Glow with the Show is more annoying than it is marveling.

For its premiere night last Tuesday, everybody in the middle section of Fantasmic! who bought a dinning package received free Glow with the Show ears. This was mainly a marketing technique by Disney to film the crowd filled with the new ears and show how incredible it can be. They did the same thing last year with World of Color out in Anaheim at Disney California Adventure. I really hope the technology takes off and people begin buying the Glow with the Show ears in droves, but at $25 each, it is more likely you will spot a lonely ear trying to light it up for the rest of us. Here is the video shot by Disney to represent Glow with the Show. It is really impressive when the entire crowd has one and adds an extra layer to the show 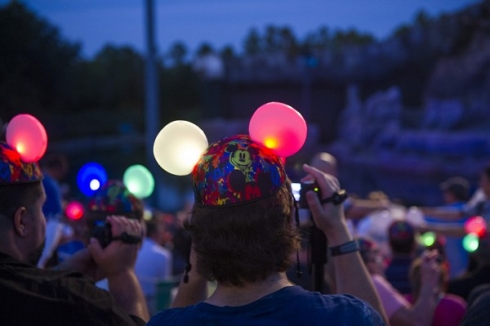 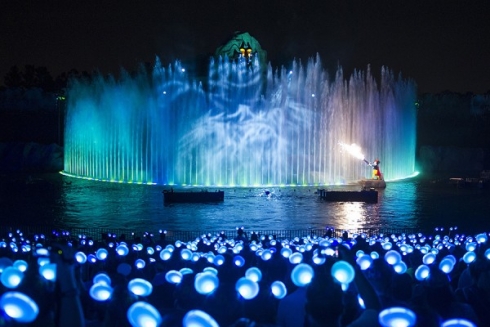 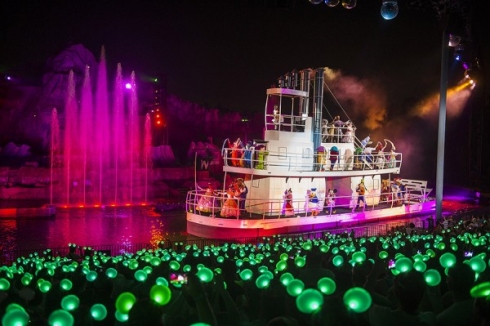 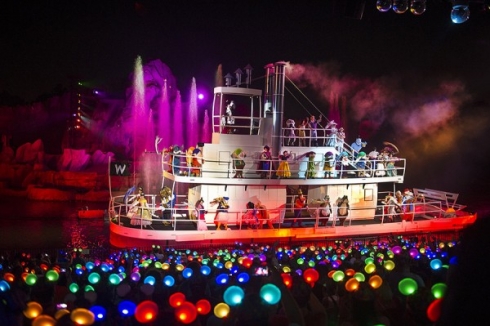 Glow with the Show will also be coming to the Magic Kingdom on October 19 for Wishes Fireworks Spectacular and Celebrate the Magic nighttime projection show. It will be interesting to see how this differs from Fantasmic! at Hollywood Studios. For Fantasmic!, everybody is packed into the amphitheater and the focus is concentrated. During Wishes, people are spread out over the entire park. I find it hard to believe that you will see the same effect during Wishes as you do during Fantasmic! because of this. Although the concept is creative and "cool", if you buy a pair of Glow with the Show ears, you better hope somebody else also bought a pair because you can't see what the ears you bought are doing. You are basically paying $25 for somebody else to look at your head while you try and find somebody else's head to look at.

The big announcement this week was the release of the new Avatar based land concept drawings and video during the D23 in Japan. The Avatar themed area in Animal Kingdom is no longer a myth, but will become reality in early 2017. That may seem like a long time, and it is, but that is just over 3 years for construction of the land after 2 - 3 years in development after the announcement in 2011. I am completely for the new land and know it will be a big draw for Animal Kingdom. A lot of Disney fans criticize the decision to build something based on a movie that is short-lived, has a weak plot, and is gimmicky. I think none of that matters. You don't need to know or like of movie franchise to marvel at the wonders of Pandora.

I bet the majority of guests who have visited the Magic Kingdom never heard of Song of the South, but nearly all of them heard of or love Splash Mountain (based on Song of the South). It is not always the movie that makes the attraction, but the environment that can be created from the movie. Animal Kingdom was always designed to have a mystical aspect and Pandora is just that. It is a land created from pure fiction and a perfect fit for a company that takes the fictitious and turns it into reality. Now, I'm not trying to convince you that they should have put something more "Disney related" instead of Avatar, but just like Star Wars, Indiana Jones, Marvel and Pixar, soon Avatar will become connected with Disney and families with come from around the world to experience the new land.

The arrival of Avatar also brings a new nighttime spectacular to Animal Kingdom. Currently, Animal Kingdom closes around dusk due to the animals needing be put away. This causes the park to become a half-day park with the majority of the guests leaving after Mickey's Jamin' Jungle Parade at 3:45. While this makes touring the park in its final hours very enjoyable due to the short lines, the park is losing out on valuable money spent on food and merchnadise. The nighttime show is set to incorporate fountains along the Discovery River, much like World of Color in California Adventure.

The current location of the Festival of the Lion King is suspected to close in January of 2014 and will reopen in the new theater sometime later in the spring. The closing of the theater also means that Camp Minnie-Mickey will be closing sometime in 2014 to make way for construction of the Avatar themed land. So take many pictures if you are visiting in the next few months and in 2017, you can compare the before and after shots and decide if bringing Avatar to the parks was the right idea.

The Studio Backlot Tour at Disney’s Hollywood Studios will be closed between January 5th, 2014 and March 2nd, 2014. This could be an indication that the area that occupies the Backlot Tour is not going away anytime soon, meaning that an expansion of Pixar Place is unlikely in the near future. Hopefully we’ll see more in the way of Star Wars coming to the park, but nothing outside of a few teasers during D23 have supported that theory.

The pool at Disney’s Polynesian Resort is going to undertake a massive refurbishment. It is likely to start in January and thanks to information gained from Tikiman, could take up to a year to complete. This refurbishment is expected to completely replace the volcano slide and add a new play section for the kids.