What happens to a Disney FastPass+ reservation when a ride breaks down? 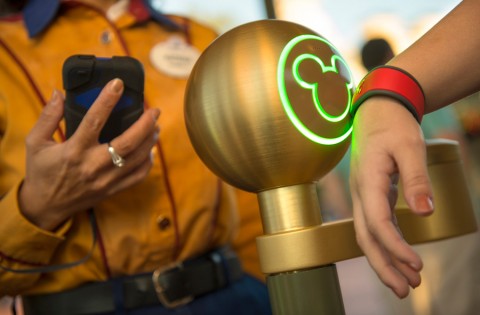 The new FastPass+ system enables guests to pre-book rides on Walt Disney World's major attractions. But what happens if a ride breaks down during your time slot?

Since we posted our review of the MyMagic+ system, including FastPass+, we've been asked this question by several readers. Fortunately, I stayed at Disney's Art of Animation Resort recently, and was equipped with a MagicBand and the ability to make FastPass+ reservations - and I now have first-hand experience of this scenario.

Firstly, let me say that my overall experience of FastPass+ was outstanding. The night before we visited each park, I simply went online and made my reservations via the My Disney Experience website or Android app (which runs a little slowly on my ageing Samsung Galaxy SII, but is very pretty). I was never unable to make reservations for my party of 4 that were suitable. That said, we were at the resort during the quietest period of the year - and I expect things to be very different during the peak season. Making FastPass+ reservations well ahead of time will be the norm, and those who book their trips at the last minute (as we did) are likely to be out-of-luck.

So...on to the big question.

A ride breaks down...so what happens to a FastPass+ reservation?

I'll start with my own, actual experience and then move on to what should happen. The day before out visit to Disney's Hollywood Studios, I made FastPass+ reservations for the park's three most popular rides: Toy Story Midway Mania (that would NOT have been possible in the peak season!), the Twilight Zone Tower of Terror (my favourite ride at Walt Disney World) and Rock 'n' Roller Coaster.

We headed over to Rock 'n' Roller Coaster just after 9.40 (our reservation was for 9.40-10.40). On the way, I checked the reservation time through the My Disney Experience app. To my horror, the reservation had disappeared, to be replaced by one for the Indiana Jones Epic Stunt Spectacular (albeit one that was valid from 9.40am - 8pm). Now, the Indiana Jones show isn't bad...but I felt this was similar to replacing a dining reservation for Tutto Italia at Epcot with one at McDonald's. Checking my e-mails, I had received nothing from Walt Disney World to notify me of the last-minute change.

On arriving at Rock 'n' Roller Coaster, the reason was clear - the ride was actually shut down. The Cast Member at the gate assured us that it would hopefully reopen within a few minutes, so we decided to wait. In the end, the whole party (even using a child-swap) was able to ride with no wait time whatsoever.

What SHOULD have happened?

When this scenario occurs, My Disney Experience should send out an e-mail to the affected user, warning them of the change to their reservation and explaining the reasoning behind it. This will explain that:

We're sorry, your previously confirmed FastPass+ selection for Rock 'n' Roller Coaster from 9.40am - 10.40am on 09/19/2013 needs to be changed because the experience is temporarily unavailable.

A range of alternative attractions will be offered, with the FastPass+ running through to the end of normal theme park hours (but not Extra Magic Hours). On returning to our hotel and firing up my laptop I found that this is exactly what had happened! In fact, our FastPass+ was now valid for a range of great attractions at Disney's Hollywood Studios - including Rock 'n' Roller Coaster, when it reopened. 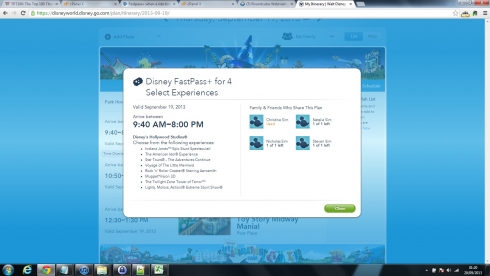 Our updated FastPass+ reservation. If only we'd known about it!

I had not been notified by e-mail, though, or by the Android app itself (which appears to be unable to display multi-ride reservations at present). So the mega-FastPass+ reservation ended up going to waste. Still, had the system worked properly (and Disney is surely working to iron out the bugs), I'd actually have been very happy with the situation. But then, I hadn't made my reservations 6 months in advance.

What do you think of the FastPass+ breakdown system?

What do you make of Disney's way of placating disappointed FastPass+ users when a ride breaks down, possibly during a time slot that was booked months ahead of time? Would it keep you happy? Let us know in the comments below!