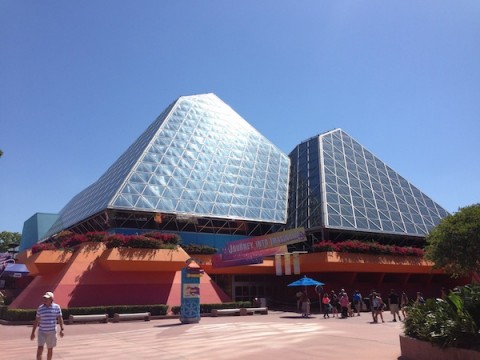 This is the weekly rumor and refurbishment update for Orlando-area theme parks for the week of September 15, 2013.

Princess Fairytale Hall has officially opened on Wednesday, September 18, 2013 and is drawing large crowds. Wait times have been averaging around 60 minutes for both lines (Cinderella and a friend/Rapunzel and a friend). It is recommended that if visiting the Princess’ at Fairytale Hall is high on your priority list when visiting the Magic Kingdom, that you can either reserve a FastPass+ (if that is an option) or obtain a paper FastPass by Peter Pan’s Flight. So far, reviews of the meet-and-greet have been positive with a detailed indoor queue and a very personal experience with the Princesses. 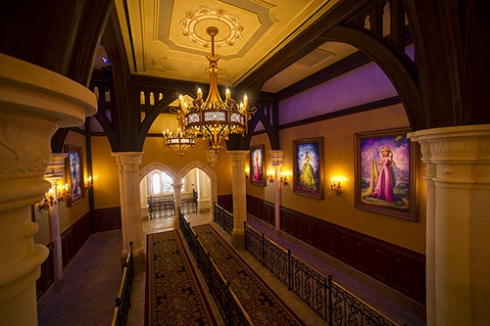 Just a heads up, it was revealed that the height restriction for the Seven Dwarfs Mine Train will be 38 inches. So if you want to ride this Fantasyland attraction, with your little ones, make sure they drink lots of milk. This will be the first attraction in Fantasyland that will require a height restriction since opening in 1971. The push and pull testing of the mine cars have begun. So if you are visiting, take a look into the "sneak peaks" to maybe catch a glimpse of the mine train on the tracks. No opening date was given besides the generic 2014 opening, but it is expected to open during sometime in the spring. 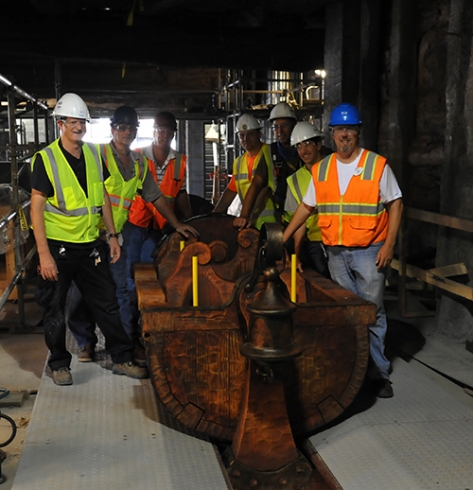 Take out your cameras, smartphones and (regrettably) tablets, because it’s that time of year again for a crane to hoist the Cinderella Castle Dreamlights into position for their grand debut in early November. The crane is expected to rise behind Cinderella’s Castle every day until 7:00pm until the end of the month. This ghastly hunk of metal will surely ruin thousands of photos and many vacationers will enter into a deep depression, but it’s all worth it when Cinderella’s wish for a castle that shimmers and shines like her glass slipper comes true. If you dare to look, here are some devastating pictures of last years crane. 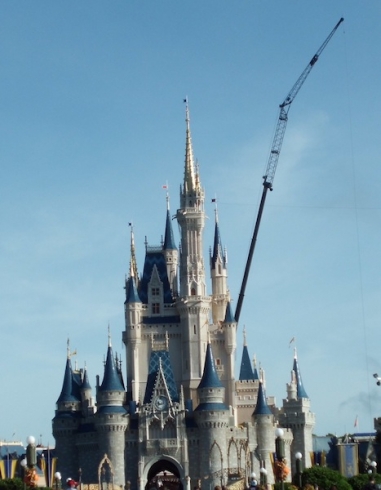 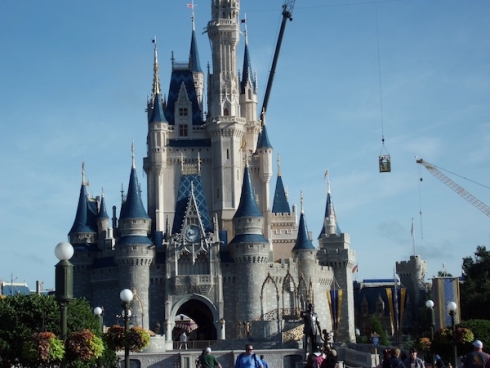 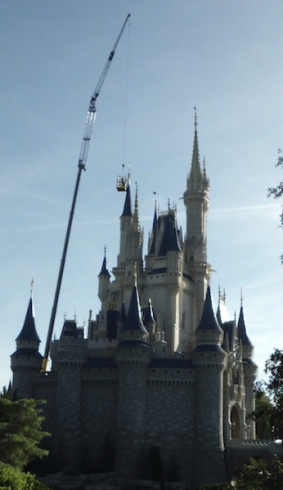 Last week I talked about a possible new festival in Future World at Epcot and now I want to focus on an attraction in Future World. Journey Into Imagination has gone through three different “major refurbishments”. I put that in quotes because to many people and possibly myself, the attraction has not been improved but rather degraded from its original form. I was not lucky enough to ride the attraction before its current incarnation, but think the current version is not up to Disney standards. The façade is somewhat unappealing and lifeless. Except for the jumping water, watching kids trying to catch the streams of water leaping from one side to the other is much more exciting than Journey Into Imagination. With the ride itself, I get lost trying to find the story behind it.  Not to mention, I very much dislike any attraction that has a “stinky smell” scene. That brings me to the rumored update of the attraction and possibly the pavilion itself. Some Imagineers at D23 this past August hinted at the attraction getting a makeover, even Bob Iger said that Figment was here to stay (not in those exact words), but no real answers were given. It would certainly be exciting to have what was once the most popular attraction in Epcot rise once more, but only time will tell. I really hope Disney doesn’t just let characters like the Dreamfinder and Figment, drift away and become part of the Disney archives, especially since they are beloved by so many. 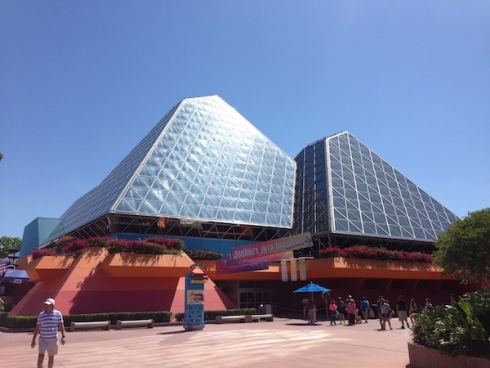 In other Epcot news, the Food and Wine festival is but a mere week away. Expect slightly denser crowds around the Morocco Pavilion than last year due to the construction of a new restaurant called Spice Road Table that is set to open later this year. 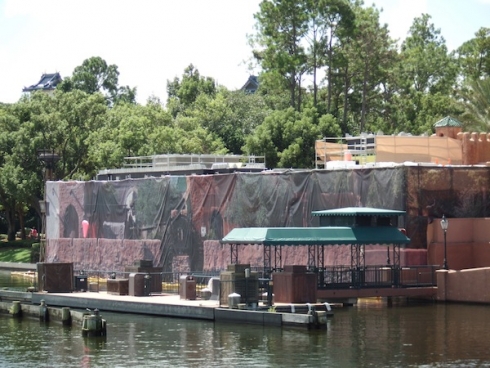 Some people are reporting a less wild ride on Space Mountain since it has been receiving the rumored brake installations. This is certainly a welcome change, since you would nearly need to visit a chiropractor after sitting in the last seat and being whip-lashed as if you are being punished for waiting in a 90 minute line because you didn’t reserve a FastPass+ 45 days in advanced.

The Polynesian Resort was talked about extensively last week and I can now confirm that construction for Disney Vacation Club on the property is true and signs of construction have begun. For those of you staying at the Polynesian, don’t expect construction to be over by the time of your vacation because it’s not set to be completed until 2015. Tarps have gone up around Sunset Point and around the beach to the east. This will most likely only affect you if you are staying in Hawaii or Tahiti. Remember, Tahiti nor Rapa Nui have been or will be refurbished to the new room designs, but instead will be converted into vacation club villas. So if you are staying at the resort, try to avoid being booked in those buildings until they are closed. The temporary fence may also block the view for people, like myself, who enjoy watching Wishes on the Polynesian beach. Although it will be a slight discomfort for guest staying or visiting the property for the next two years, it will be well worth it, when the Polynesian gets a fresh burst of life.

This is a few months away, but for those planning a January vacation, Splash Mountain will be closed for it’s annual refurbishment between January 1 and January 31, 2014.

Disney’s Typhoon Lagoon will be closed between October 27 and December 21, 2013, but you can sill hit the slopes in Blizzard Beach instead.

Disney’s Blizzard Beach will also be closed between December 22, 2013 and March 16, 2014. Typhoon Lagoon will remain open for your soaking pleasure.

Good news, the Jungle cruise is expected to reopen at the end of the month on September 30th, after being closed for refurbishment since August 19th.

For those staying at the All Star Resorts, the End Zone food court in All Star Sports is currently closed and will remain closed until mid-December.

Honey, I Shrunk the Kids

The Honey, I Shrunk the Kids playground area at Disney’s Hollywood Studios is currently closed for refurbishment and will reopen to all the exciting kids that get to be the size of ants on November 19, 2013.