Editorial: The "Woodie" Vs "Steelie" roller coaster gap is closing 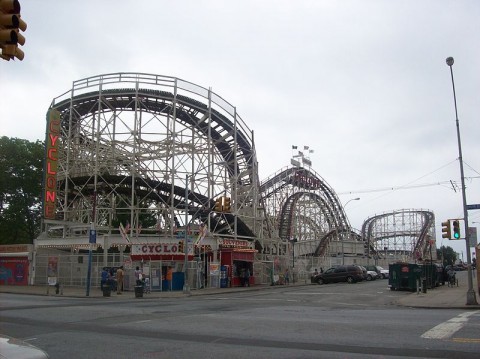 For the enthusiasts, it's a debate that's been argued, settled and bickered over for almost as long as the roller coaster has been around. Does the classic wooden coaster really deliver thrills and spills that even modern day steel scream machines struggle to compete with? Or have the airtime steel monsters that rule the roost at any modern day theme park broken new ground that the humble woodie can no longer compete with? The secret lies in coaster designer's ability to blend the modern with the new and present the next generation of wooden coasters to a new generation of thrill-seekers living in an age where human endurance, height and speed are being put to the test in ways never thought possible.

The traditional woodie as we know it has remained un-touched for almost a century. Most have gone taller, faster and wilder, but the principle has remained the same with the coaster going out of the station, completing the circuit full of airtime hills and rough drops before pulling back into the station. The name 'out-and-back' was soon born to describe this layout in relation to the way the train navigates the coaster circuit. One of the first wooden coasters for the UK was the classic 90 year old Big Dipper that recently celebrated thrilling riders for more than 9 decades at Lancashire amusement park: Blackpool Pleasure Beach. Here, the 'out-and-back' principle is demonstrated perfectly as the coaster goes out to one end of the park, and comes back following a similar route providing a rough but fun ride along the way full of bunny hops and drops. 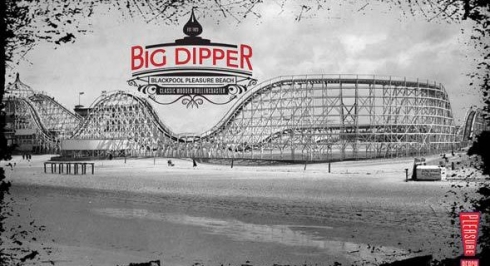 In 2006, Swiss based Intamin AG debuted the currently ranked number one wooden coaster in the world: El Toro. Residing at Six Flags Great Adventure in New Jersey, the coaster broke new ground with a system dubbed: 'plug n' play'. The coaster was constructed like a modern steel ride with the track being constructed pre-fabricated. The result was a coaster that was erected at a significantly faster rate than the tradition wooden coaster. With new height, speed and drop records under it's belt,  this airtime monster soon became the raging bull everyone was talking about. Yet, the simple 'out-and-back' layout remained similar to its older, more mature cousins proving how the woodie "out-and-back" legend has lived on.

Woodies have not always followed such a predictable formula. A mere 76 years ago, the skyline of Brooklyn, New York changed for ever as a legend was born. A coaster so legendary, it even has a layout named in its honour: The Coney Island Cyclone. On the side streets of a working class New York suburb, space was tight for a new thrill ride. Before the days of modern day steel, designers of the chosen woodie were forced to be innovate with their design; squeezing their layout into a compact space. The result was a new thrill machine that had guests waiting in line around the block to experience and still remains on the bucket list of coaster enthusiasts across the globe.

Rough but charming, the ride dubbed "The American Legend" has become a national American landmark and is a sign of the Brooklyn shores. Consistingof steep drops, 60mph speeds and a maze of track, it's still proving to be one of the biggest crowd pullers in New York City. Indeed, its thrilling nature and unique experience sparked numerous coasters that attempted to re-create the roughness and thrill of the classic coaster including the ill-fated Psyclone at Six Flags, Magic Mountain. But as wooden coaster technology advanced, so did designers' minds. The 2000s saw the woodie rule book taken apart in something that was so radical, the future of wood was about to change for ever.

It was time to go upside down...

With the endless debating over what coaster is the best showing no signs of diminishing, the advantage of parks installing a steel coaster was very simple: they could invert. The term "inversion" was coined in the 1970s when suppliers took a real step forward with steel manufacturing. Arguably the first successful looping coaster was built by the late Anton Schwarzkopf of Germany. Named The Great American Revolution, the coaster built for Six Flags Magic Mountain in California did the unthinkable: turn riders a full 360 degrees through a tight inverting loop to intensify thrills. The success of the Great American Revolution sparked a new craze, and by the mid 1990s suppliers such as B&M and Arrow Dynamics were inventing their own inversions and crazy ways to tumble riders head-over-heels. There were now elements called "The Batwing", "Cobra Roll" and "Corkscrew". Whilst all of this was leaving riders screaming for more over in Camp Steel, the humble woodie was being left to rot. Until, that is, Sandusky based Kings Island broke the rules once more with a new generation of wooden coaster the saw wood and loops come together for the first time in amusement park history.

Paying tribute to the successful The Beast coaster, 'The Son of Beast' was a next generation coaster project built for the 21st century; taking things to new heights. With record breaking drops and inversions, the coaster was the first of it's kind to take riders through a full 360degree loop. This was innovation at it's finest hour proving to the world that wood was really good for inverting. However, 2006 saw the coaster undergo major technical faults which resulted in the iconic inversion being removed and the classic coaster finally being demolished a few years later to make way for a new record breaking B&M inverted coaster in 2014.

For some, the inverting woodie seemed like a dream that had been and gone. But most of the industry were unaware of a newly established company called Rocky Mountain Coasters, who were busy sketching at their easels a brand-new system that would bridge the cap between wood and steel.

Through the use of revolutionary 'Topper Track', steep drops and modern day inversions such as: barrel rolls and inverting turns were now possible. With a new lap bar system and train design, thrill creators had finally mastered the art of how to make the wooden coaster loop. Debuting in Silver Dollar City in March 2013, Outlaw Run is indeed the wooden coaster that has bridged the gap between steel and wood. With market leaders Gravity Group also modifying their coasters to perform inversions, the inverting woodie has been re-born. But the debate with regards to what is the best lives on…