Tales from the Towers: Alton Towers Village, the holiday complex that never was 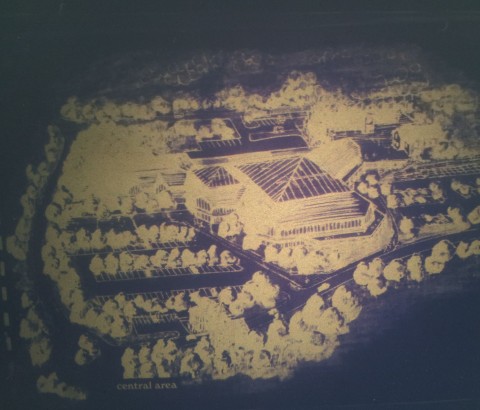 I've recently released my new book, Tales from the Towers, which tells the story of how Alton Towers developed from a barren patch of land holding a small hunting lodge into the UK's most popular theme park. We're serialising select parts of the book on Theme Park Tourist, along with photos that didn't make it into the print edition. In this ninth article, you can learn about the chalet complex that was planned to be installed at the park at the start of the 1990s.

Alton Towers has formulated several plans for on-site accommodation that have not come to fruition. The most ambitious of these was former owner John Broome’s plan for Alton Towers Village, which was dropped not long after Tussauds bought the park in 1990. The plans for the sprawling, 33-acre village appear to have been inspired by the Center Parcs resort that opened in Nottinghamshire’s Sherwood Forest in 1987 (a second resort, at Elveden Forest in Suffolk, followed two years later).

Guests would be housed in 107 chalet buildings, each comprising two units (one on the ground floor, one on the first floor). Up to six people could be accommodated in a unit, with each featuring between two and four bedrooms, two bathrooms, a combined kitchen / dining room / living room and a balcony. 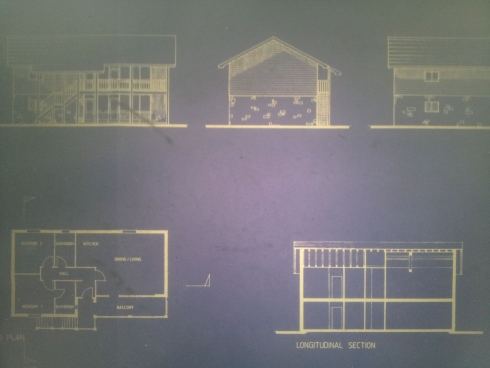 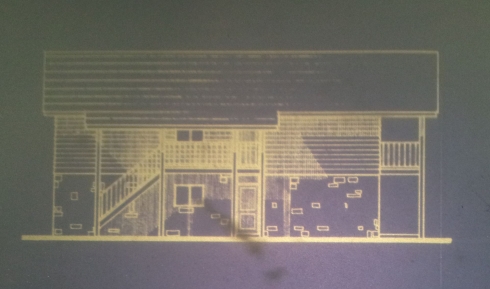 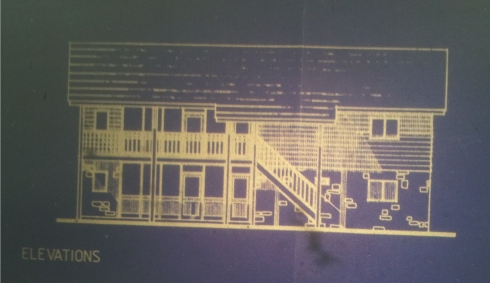 The structures would be built with timber frames, with stone cladding added to enable them to "blend in with the natural setting of the area". The roofs would be covered with cedar shingles. The balconies would overlook water, with each of eleven "clusters" of chalets being based around its own small lake fed by natural springs within the area. Rockwork, streams and a tree screen would provide a "serene setting" for the clusters. 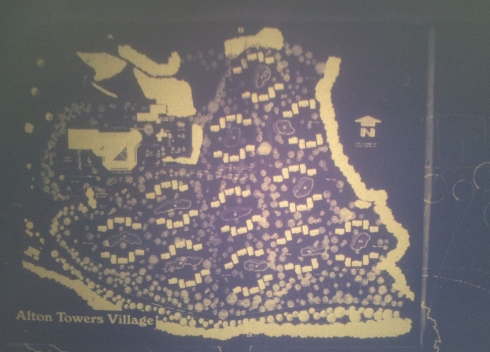 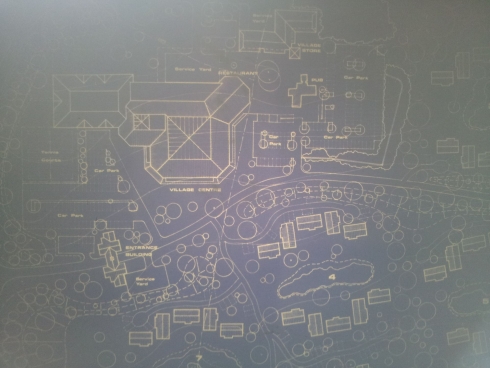 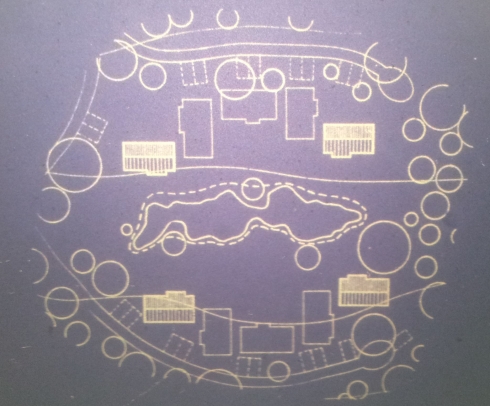 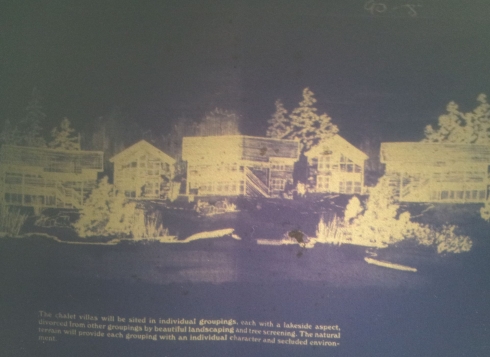 Concept artwork of a chalet cluster (click to enlarge).

Visitors would arrive and check-in at an entrance building, which would also hold offices. 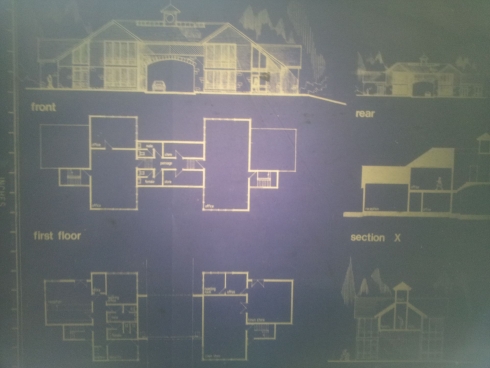 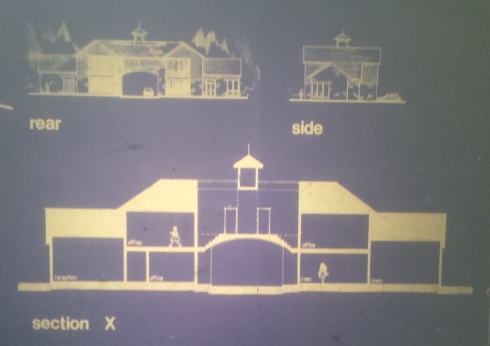 Another view of the entrance building (click to enlarge).

A close-up view of the entrance building (click to enlarge).

Another view of the village store (click to enlarge). 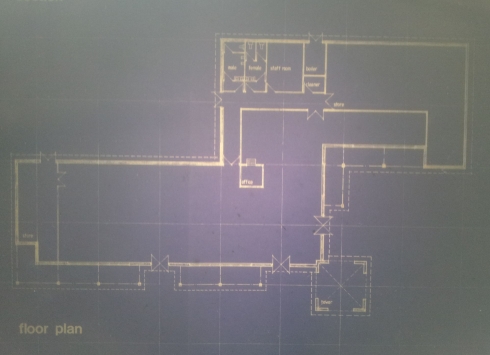 A floor plan for the village store.

At the heart of the village would sit an enormous leisure complex, complete with a tropical lagoon and leisure pool, waterfalls and water slides - strikingly similar to the Cariba Creek water park that was eventually opened in 2003. As at Center Parcs, a variety of other activities would be on offer, with the centre also hosting saunas, a gym, a snooker room, several squash courts, a sports hall, an amusement arcade, a sun deck, a bar and a beauty parlour. A restaurant would overlook the surrounding area. 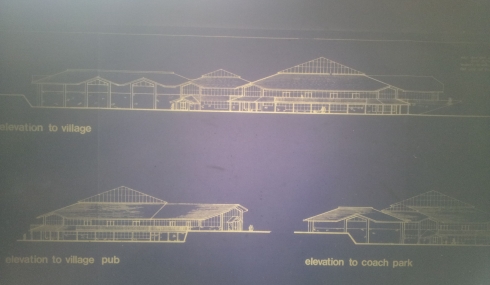 The exterior of the leisure complex. 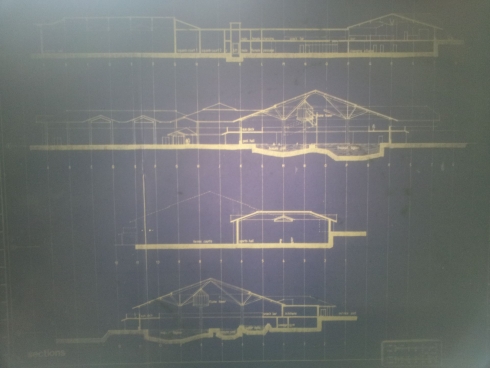 A side view of the leisure complex (click to enlarge). 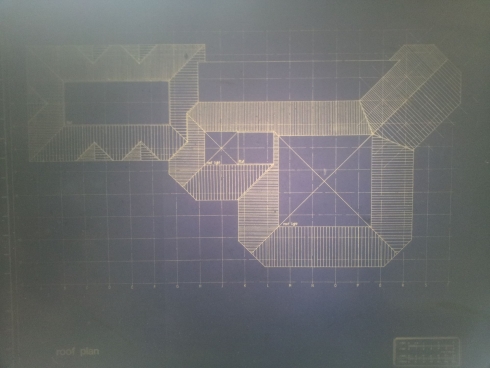 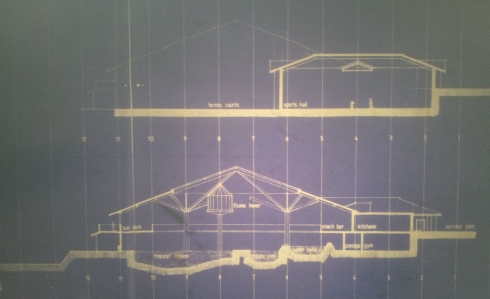 A close-up view of the leisure complex (click to enlarge). 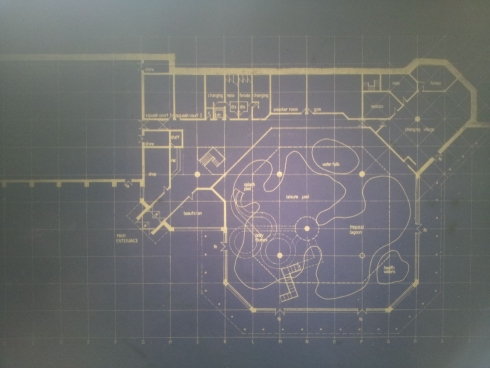 A plan of the ground floor of the leisure complex (click to enlarge). 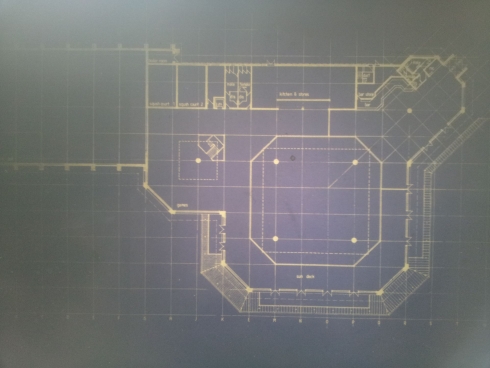 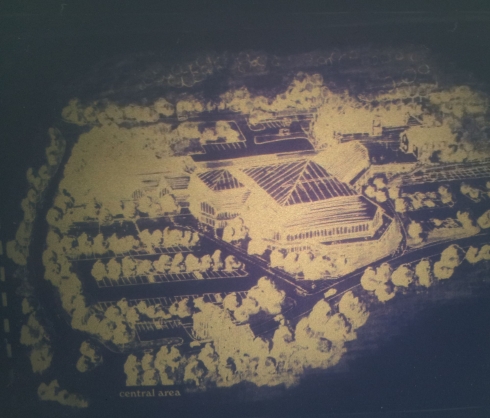 An aerial view of the leisure complex (click to enlarge).

The glass-topped leisure centre, almost 100 feet tall, was one of the most controversial aspects of the design, although the plans promised that it would be similar in style to the existing monorail station, located nearby.

Broome's original application was for single-storey chalets, with a capacity of 500. Adding a second story enabled this to be boosted to 1,200 in a second application, which also added the leisure complex. A second phase would have included the construction of a golf course, a dry ski slope, a pub and a 56-bedroom hotel. While the first proposal had been approved after being referred to the Secretary of State, the second was ultimately withdrawn by Tussauds. Instead, it built the Alton Towers Hotel, which opened in 1996.

The chalet village idea was revived by current owner Merlin in October 2012, when it submitted plans for a "phased development of 150 lodges". The two-phase project would have seen the resort install a range of lodges, "holes" and "huts" to the north of its two existing hotels, with the site opening in 2014. The accommodation would resemble the Hobbit houses seen in the Lord of the Rings movie trilogy, but the plans had – predictably - faced opposition from local residents.

Situated on a 10-acre site to the north east of the existing Alton Towers Hotel and Splash Landings Hotel, the lodge development was to be smaller than Broome’s chalet village. The first phase, to open in March 2014, would consist of 8 double lodges (each housing two accommodation units), 64 single huts and 5 holes. A further 9 double lodges and 47 huts would be added in the second phase, to open in March 2015.

The theme for the development was described as being "based on myths and legends and the increasing popularity of children’s adventure stories and fairy tales." It would conjure up "images of accommodation in a far-off magical land that one might dream of staying in on a holiday". 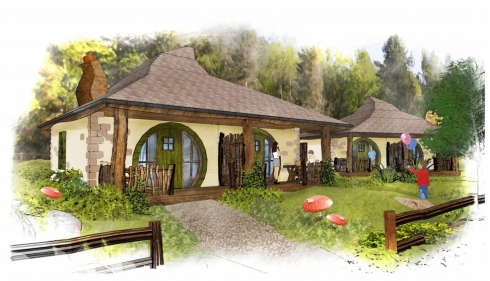 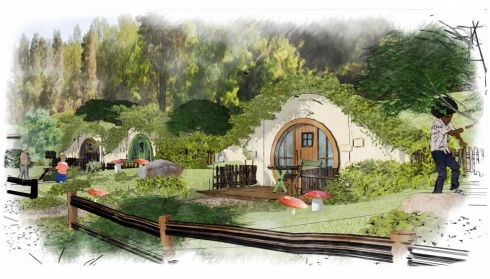 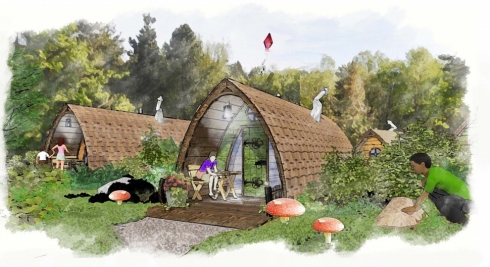 Lodges would feature rounded windows, bent chimneys and strangely-shaped roofs, with giant fake mushrooms “growing” in the garden. Holes would be partly buried under vegetation, resembling something from children’s TV series Teletubbies. Huts would feature pitched roofs that reached right down to the ground.

Located close to the entrance of the site would be the arrival / restaurant building, covering 436 square metres and designed to resemble a crumbling old shack. This would host a reception facility, a small shop and a canteen-style restaurant with capacity for 150 indoors and 60 outside during good weather.

The lodge area was designed to be largely car-free. On arrival, guests would park in one of six visitor parking spaces close to the restaurant building. From there, they could use a golf buggy to transport their luggage to their temporary home. They would then park their car in an existing car park to the south. The only exceptions were accessible units for disabled visitors, which would feature their own car parking space.

The application was withdrawn in May 2013, although it could still be resubmitted at a later stage. A spokesperson for the resort said: "Even though future expansion of the Resort's accommodation remains a priority within the long term plan, a decision has now been made not to pursue this particular type of development at the current time and these plans have therefore been withdrawn."