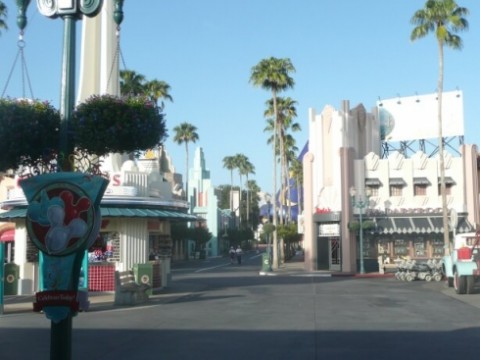 When compared to the Magic Kingdom and Epcot, Disney's Hollywood Studios offers a relatively limited selection of restaurants. Still, there's a diverse array of dining options on offer, to suit different budgets and schedules. But what are the very best eateries at the movie-themed park?

Since we launched our theme park guides last year, we've kept a close eye on the ratings and reviews that our readers have given to restaurants at 90+ parks all over the globe. As we're focusing on Disney's Hollywood Studios as our "Park of the Month" for December, and to encourage more of our readers to rate the park's offerings, here's a rundown of the top 5 restaurants at the park. 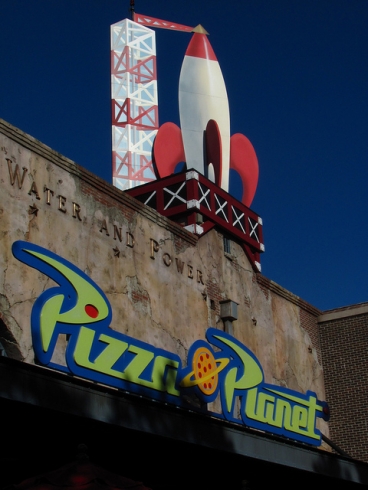 Fans of Pixar's Toy Story movies will be more than familiar with Pizza Planet, the space-themed fast food outlet where viewers first meet the cute green aliens that play a key role in the first movie.

As its name suggests, Toy Story Pizza Planet is modelled on the restaurant seen in the film, although the likeness is a little underwhelming. Still, kids will be kept happy by the basic pizzas on offer, as well as by the arcade games that are designed to keep them entertained. 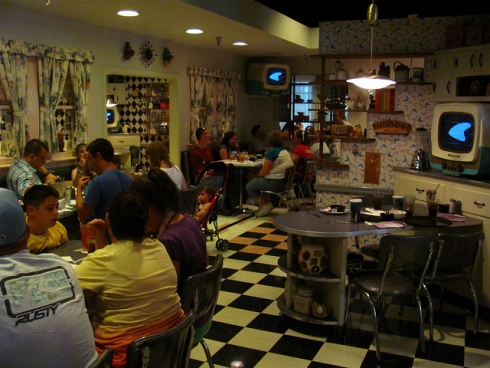 In one of Walt Disney World's most surprising restaurants, guests take on the role of a 1950s family as the wait staff (otherwise known as "Mom" and "Dad" serve up hearty American fare.

Settle down in the kitchen and watch sitcoms from the era on old-time television sets while you eat. Not everyone's idea of a high-class meal, but most families will love the experience. 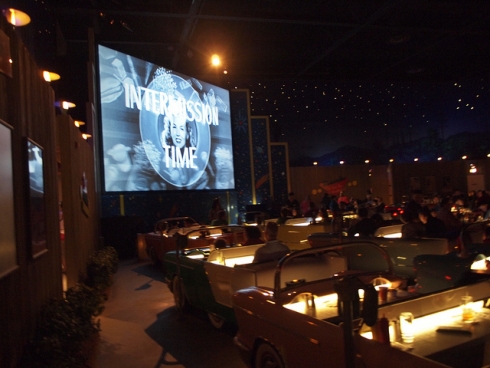 The Sci-Fi Dine-In Theater Restaurant in arguably Walt Disney World's most unique restaurant, and very popular with guests. Seated in 1950s-style convertibles under a starry night sky, guests are able to watch a selection of trailers from Hollywood's cheesy sci-fi masterpieces.

Reservations are essential, and while the food itself is fairly basic American fare, the experience tops it. A great eatery for families and couples alike. 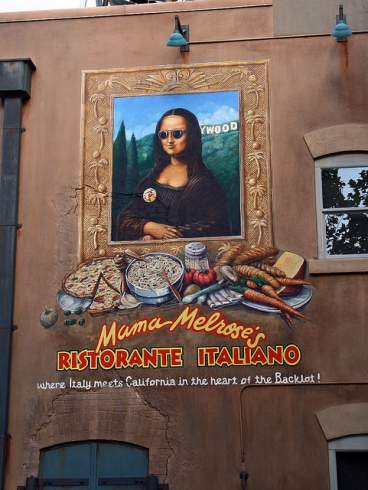 The atmosphere is homely and, as usual at a Disney park, the service is excellent. One of the best restaurants at the Walt Disney World resort. 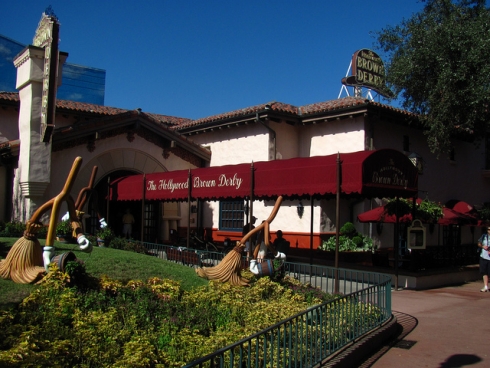 The signature restaurant at Disney's Hollywood Studios, the Hollywood Brown Derby is well-deserving of its excellent reputation amongst guests. The old-style Hollywood restaurant services up culinary delights including the original Brown Derby cobb salad, seared stake and grapefruit cake.

Every part of this experience is classic movie magic. Be sure to make a reservation well in advance of your trip.

Do you disagree with the rankings above? Let us know what your favourite restaurants at Disney's Hollywood Studios are by adding your own ratings and reviews.