The Top 5 Rides and Attractions at Universal Studios Hollywood 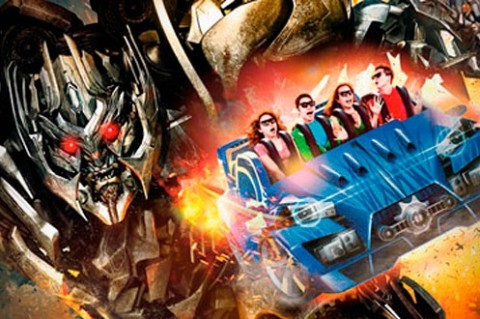 Universal Studios Hollywood has greatly expanded its attraction line-up since it launched its theme park in 1964, building on the success of its original Studio Tour. It now boasts a world-class line-up of high-tech attractions, themed around some of the biggest movie franchises of all time.

Since we launched our theme park guides last year, we've been collecting our readers' ratings and reviews of Universal Studios Hollywood's rides (as well as those of 90+ other parks). We're focusing on Universal Studios Hollywood as our "Park of the Month" in October, so we thought now would be a great time to look at the top 5 rides and attractions at the park - as rated by Theme Park Tourist readers. 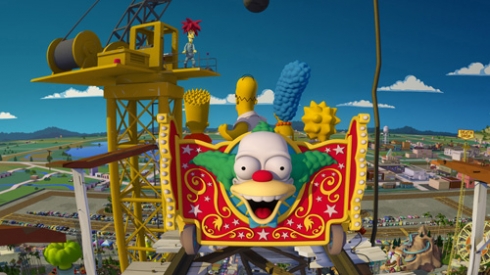 Replacing the classic Back to the Future: The Ride in 2008, The Simpsons Ride had a lot to live up to. It reuses its predecessor's ride system (the simulator-style vehicles are still clearly based on the DeLorean time machine), but adds a thick layer of Simpsons theming. This includes an entertaining queue line packed with detail for fans of the show.

The ride's plot revolves around a visit to the Krustyland amusement park, which is disrupted by the evil Sideshow Bob. The Simpsons Ride spoofs just about every major US theme park in one blow, with rival Disney a particular target.

4. Revenge of the Mummy - The Ride 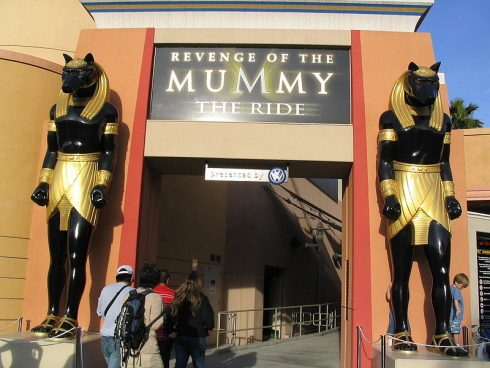 Based on the second movie in the popular The Mummy franchise, Revenge of the Mummy - The Ride is a hybrid dark ride-roller coaster that is packed with special effects. While it is inferior to the version at sister park Universal Studios Florida, it remains one of the best rides of its type in the world.

Whereas the Florida version places riders into a "movie set" during the production of another film in the series, Hollywood's version places guests into the world of the movie itself. After boarding trains that resemble mine cars, guests enter the opening dark ride section. There, they are terrorised by some of the evil Imohtep's minions, before encountering the mummy himself. Linear induction motors are used to propel the train to speeds of up to 40 miles per hour, before it races through a series of twists, turns and drops. There are several surprises in store, although sadly the "burning ceiling" effect and other key elements of the Florida ride are absent here.

Full details: Revenge of the Mummy - The Ride guide 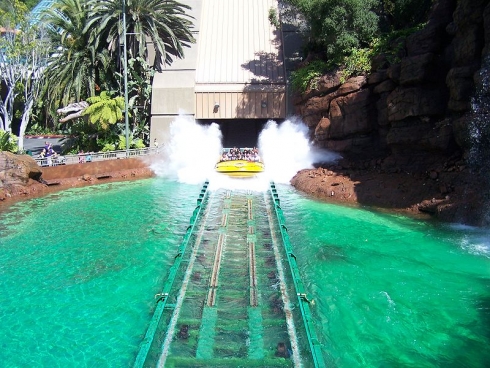 Whereas Universal Studios Florida's version of Revenge of the Mummy - The Ride is arguably the definitive one, we prefer Universal Studios Hollywood's version of Jurassic Park - The Ride (known as Jurassic Park River Adventure at the Orlando park). That's because it's final splashdown is even more spectacular - bring a change of clothes, or you'll be in for a very damp day.

The boat ride featured in the late Michael Crichton's Jurassic Park book is in the inspiration for the ride, which recreates it in impressive detail. Riders comes face-to-face with lifelike animatronic dinosaurs, before things predictably go wrong and they are terrorised by velociraptors and an enormous tyrannosaurus rex.

By far the oldest attraction at Universal Studios Hollywood, the world-famous Studio Tour remains one of its best. The tour packs a number of mini-attractions into its lengthy 45-minute running time, as well as a trip around a number of working movie sets located on the studio's backlot (one of Hollywood's leading production facilities).

After boarding the Studio Tour's iconic trams, guests are whisked around locations from movies including Psycho, War of the Worlds and Back to the Future (the mixture of other sets can vary depending on the studio's production schedule). Set-pieces include an attack by Bruce the shark from Jaws, a collapsing bridge, an earthquake and a thrilling 3-D encounter with King Kong. 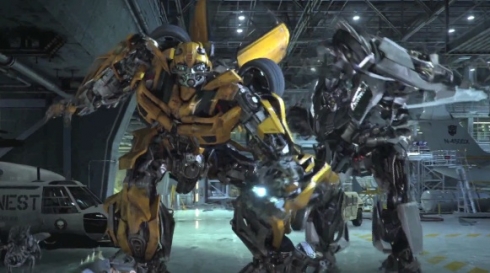 Opened in 2012, Transformers: The Ride - 3D is a high-tech replacement for the shuttered Backdraft attraction in the Lower Lot. Reusing the ride system from the stunning The Amazing Adventures of Spider-Man at Universal Orlando's Islands of Adventure, it combines real-world sets and effects with 3-D movie footage.

The plot of Transformers The Ride - 3D is a natural follow-up to the first three films in Michael Bay's Transformers series, rather than based on them directly. Riders are placed into the middle of the movies' war between the human-friendly Autobots and their Decepticon enemies. As in the films (and the earlier toys and cartoons), the robots "transform" into cars, planes, tanks and other vehicles. Not to be missed.

Do you disagree with the rankings above? Let us know what your favourite rides and attractions at Universal Studios Hollywood are by adding your own ratings and reviews.