How to Save Time at LEGOLAND Windsor 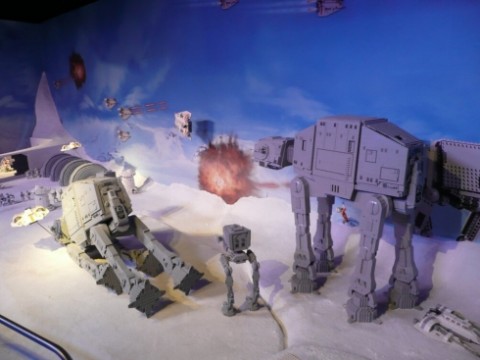 LEGOLAND Windsor is home to a huge number of rides and attractions, but it also attracts absolutely enormous crowds, particularly during the summer. The most popular attractions, such as Driving School, can develop multi-hour queues by lunchtime, so it makes sense to plan ahead in order to ensure that you and your family experience everything you want to.

We’ve collated a few simple tips below to help you minimise the amount of time you spend waiting in queues, and maximise your enjoyment of the park.

If you can, avoid visiting LEGOLAND Windsor during the school holidays and on Saturdays. Obviously, this isn’t always possible – and you can have a great time on any day by following the rest of our tips.

Aim to get to LEGOLAND Windsor at last 60 minutes before rides open, to give yourself a chance to park, pick up your tickets (if you haven’t ordered them in advance) and get into a prime position at the entrance gates. You’ll even have time to whip round the Star Wars Miniland Experience before the other attractions open, should you wish to.

Restaurants at LEGOLAND Windsor are very busy between 11am and 1pm. If you can eat either side of this window, then do – you’ll find that queues will be slightly shorter for the most popular rides, with other guests tied up eating.

The standard theme park advice of starting at the rear of the park is equally sound at LEGOLAND Windsor. The rides near The Beginning will attract lengthy queues at the start of the day, but these die down by mid-afternoon, so head back to them later.

Instead, race straight across the park to experience Driving School, Fire Academy, Laser Raiders, Pirates Falls Dynamite Drench and The Dragon before the queues become ridiculous. During the busy afternoon period, take a relaxing look around Miniland and Star Wars Miniland, or watch the Pirates of Skeleton Bay show.

Don’t forget that the closing time refers to the queue, not the ride

A fact that is often overlooked by many visitors to LEGOLAND Windsor is that the stated closing time for most rides actually refers to its queue. So if Laser Raiders is due to close at 18.00, you can still join the queue at 17.59.

Turn to the dark side and buy Q-Bot tickets

We hate it when theme parks charge extra for queue-jumping options, which leave everyone else in the park feeling like second-class citizens. But if you must, or you're desperate, you can buy Q-Bot tickets which enable you to avoid the lines for some of LEGOLAND Windsor’s most popular attractions.

On the busiest summer days (which are best avoided if possible), this may be your only option to keep kids happy. You’ll receive a small hand-held device that reserves a timeslot for you for each ride, enabling you to “queue” without physically standing in line. Regular Q-Bots are relatively cheap and can save you some time, with the more effective Q-Bot Express and Ultimate Q-Bot being eye-wateringly expensive for families.