How to Save Time at Disneyland Paris and Walt Disney Studios 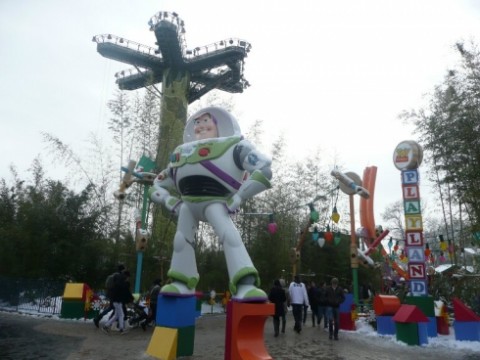 A trip to the Disneyland Resort Paris should always be a fantastic experience. Both Disneyland Paris and Walt Disney Studios contain a wide variety of rides and shows, and there is an incredible amount to see and do. However, the large volume of visitors that cram into the parks each day, combined with the low capacity of some of the most popular rides, can lead to hours spent waiting in line if you don’t plan in advance.

The good news is, it doesn’t have to be that way. Regardless of when you go and what you want to do, there are simple strategies that you can follow to maximise your enjoyment of Disneyland Paris and Walt Disney Studios, and minimise the length of time you spent standing in queues. By spending a little time planning before you go, and following some simple guidelines when you're at the parks, you can beat the crowds and ensure a stress-free visit for you and your family.

This is the single biggest thing you can do save time at Disneyland Paris. Whether you’re visiting Disneyland Park or Walt Disney Studios, be in line at least 45 minutes before the park opens. This may seem extreme, but you won’t regret it later – at Walt Disney Studios, you’ll be straight into the park and onto a ride before the folks behind you have even made it through the turnstiles. At its sister park, you’ll be at the front of the line before the “rope drop”. You’ll be able to experience more rides in the first hour that the park is open than you will at any other time of day.

Join the shortest queue available at the turnstiles 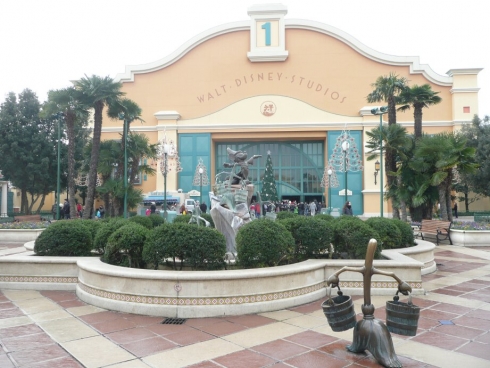 Guests at Disneyland Paris have an aversion to joining short or empty queues at the entrance turnstiles in the morning, fearing that the gate will not open. This is particularly true at Walt Disney Studios, where the left-hand-side set of gates are often left abandoned while queues build up over on the right. Just join the short queue possible – a Cast Member will soon tell if you that turnstile is not going to open.

Visit during the off-season

We’re guilty of labouring this point a little, but it’s among the easiest ways to save time at Disneyland Paris. Crowds are much lighter outside of the summer, Easter and Christmas periods, and you’ll find that many attractions are a walk-on.

Buy your tickets in advance

Don’t waste time when you get to the parks buying your tickets. Purchase them in advance, and either use the print-at-home option or get them mailed out if you’d prefer something a bit more souvenir-worthy. Tickets can be ordered via the Disneyland Paris website or through resellers such as 365Tickets.

It can be hard to drag yourself up early and trek across Paris in time to be at the parks well before they open. If you stay nearby, either on-site or in Torcy or Bussy-St-Georges, though, you’ll be able to have a mini lie-in and still beat the crowds.

Eat breakfast before arriving at the parks, or in the entrance line

This is a tip that can you save you time and money. Breakfast at Disneyland Paris is an expensive time-waster. Eat at your hotel, or grab a snack from one of the convenience stores at Marne-La-Vallée station to eat in the queue.

If you’re staying at a Disney hotel, then you’re eligible for early entry at Disneyland Paris on specified dates (almost every day during the peak season). Take advantage of this perk – you’ll have to rise a little earlier, but you can take an afternoon nap while everyone is still stuck in queues for rides that you breezed onto during the morning. 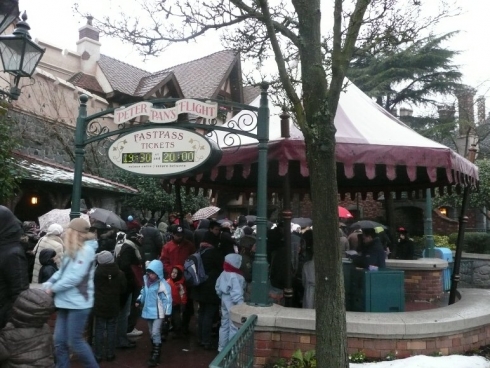 We’re huge fans of Disney’s free FASTPASS queue-jumping system. See our full guide to it here to understand how you can glean maximum benefit from it.

During peak lunch and dinner times (around 11:45-14:00 and 17:30-19:30) both counter service and sit-down restaurants at Disneyland Paris and Walt Disney Studios are mobbed by hungry park guests. If you can, eat earlier or later than this and avoid wasting time queuing for food.

If you can plan to view the evening parades at Disneyland Paris, it often makes sense to watch the central plaza in front of Sleeping Beauty Castle, so that you can make a quick exit at the end into one of the themed lands. Even if you don’t plan to watch the parade, be aware of when it begins. There are two reasons for this – firstly, you can avoid being cut-off on the wrong side of the park (Cast Members close the parade route while it is in progress), and secondly you can take advantage of the shorter queues for major rides while it is taking place.

Be wary of attractions that open late 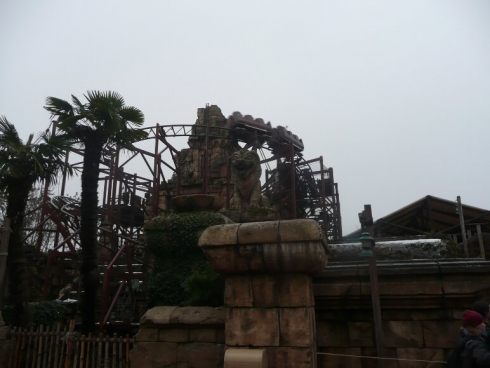 Unlike most other Disney resorts, Disneyland Paris staggers attraction openings times at its theme parks. While the most popular rides will normally open at the same time as the park, others may not open until later in the morning. Two prominent examples are Indiana Jones et le Temple du Péril at Disneyland Paris and the Studio Tram Tour at Walt Disney Studios. Try and ask a Cast Member at the entrance turnstiles when these rides will be open, to avoid a wasted trek across to them before they are up-and-running.