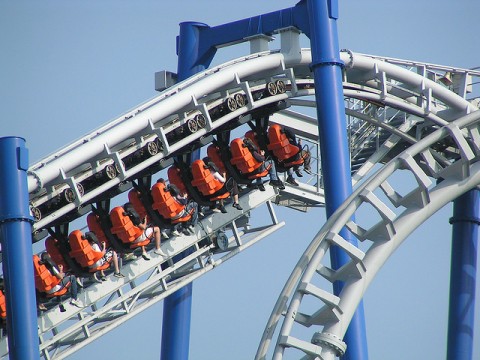 Italy's most popular theme park is, without doubt, Gardaland. What you may not know is that the park happens to be located on Italy's largest lake - Lake Garda, or Lago di Garda - which is one of the country's top tourist destinations in its own right. If your travel plans include Gardaland, then, here's a bit of information about how to get there, where to stay, and what else you might do in the area around the park when you need a break from roller coasters!

How to Get to Gardaland

Gardaland is located in the town of Ronchi, not far from the shores of Lake Garda. Although getting around to many of the towns around Italy's lakes is easiest with a car, you don't need to rent a car to reach Gardaland. If you'd rather stick to public transportation, the nearest train station is in Peschiera del Garda (about 2km from the park entrance) and there's a regular - and free - shuttle bus that connects the train station with the park. The shuttle runs every 30 minutes during Gardaland's open hours. 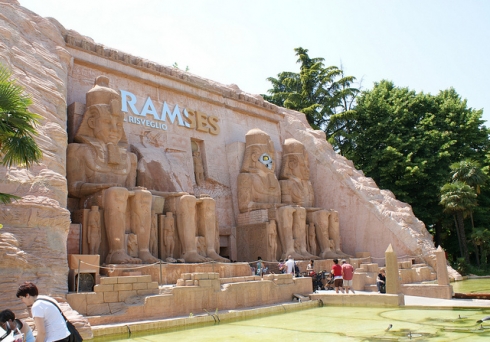 Gardaland is roughly equidistant from two major international airport hubs in Italy - Milan's Malpensa Airport (MXP) and Venice's Marco Polo Airport (VCE). It's worth checking the fares into both, as there are sometimes deals into Venice that are cheaper than the international tickets to Milan (and, being a smaller airport, Venice is less hectic overall, making for a nicer entry after a long flight).

Should you decide to rent a car, Gardaland is off the A4 highway that runs between Milan and Venice, so whichever airport you choose you'll look for signs for the A4. Coming from Milan, the park is accessed by the Peschiera del Garda exit. Coming from Venice, you can use either the Peschiera del Garda exit or the Sommacampagna exit. Both of these exits require you to pay a toll upon leaving the highway.

Where to Stay Near Gardaland 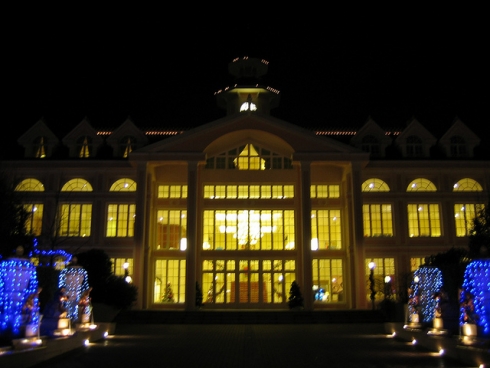 Gardaland's on-site hotel is just one of many accommodation options.
Image: Occhietto

Like any good full-service theme park, Gardaland has its own hotel, complete with themed rooms. The location is ideal if your visit is centered around activities at the park, since you won't have to think about transportation back and forth, but if you'd like more selection (for a better price, for a more peaceful home-base, for a break from park life, or whatever other reason) here are a few places to look for budget accommodation outside Gardaland.

The largest nearby city is Peschiera del Garda, at the southern end of the lake, and there's a wide variety of hotels there. It's not just the bigger cities and towns that have hotel options, however, nor are hotels your only choices. In fact, many of the budget-friendly places to stay around the entire lake are apartment rentals rather than hotels. These are ideal for family vacations, since you can get everyone into one space for less than the cost of multiple hotel rooms, and you get a kitchen which you can stock with kid-friendly snacks. Staying inland is another way to save money on accommodation, rather than hunting for a hotel with a lake view.

Other cities and towns around Gardaland that may be good options for your home base include Mattarana (very close to Ronchi and Gardaland), Vanon (a bit further north along the lake), or Lazise (even further north along the lake). Note that if you choose to stay outside the park, public transportation may not be very good, so you may want to rent a car. This site offers listings for accommodation all around the lake, which you can sort by various criteria as it suits you.

Other Things to Do Near Gardaland 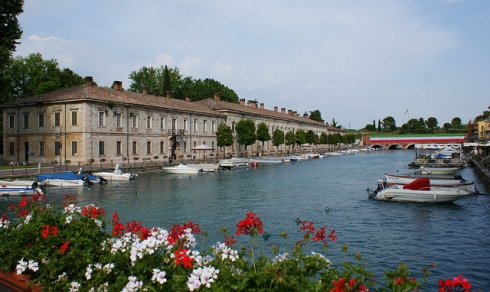 When you need a break from Gardaland, here are a few things to do around Lake Garda.

Jessica Spiegel is a Portland-based writer for the BootsnAll Travel Network. She's the office's resident Italophile, and she regularly preaches the benefits of pizza, gelato, and Italian soccer. You'll find her on Twitter as @italylogue.