5 Disneyland Rides That Were Never Built 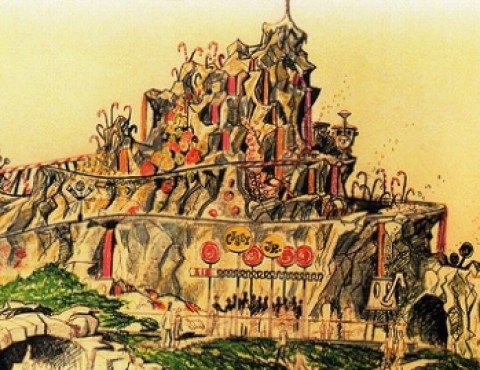 When living in southern California and being an avid Disneyland fan, you find that there is a fine line between making the most of the best neighborhood “park” and heading into overkill territory.

The first year that I had an annual pass was filled with weekly trips, and by the time my pass expired 12 months later I was unsure as to whether or not I wanted to renew it. 52 weeks of Disneyland is a lot of fun, but it also paves the way to burnout. I had seen every attraction, ridden every ride, met and greeted each of the characters. What else was there to do?

Thankfully, I soon learned that Disneyland is an ever evolving wonder that reinvents itself (while somehow maintaining a wonderful sense of comforting tradition) on a yearly basis. Parades come and go, and rides receive facelifts to keep guests coming back for more. The resort is in a constant state of flux.

With all the changes that Disneyland undergoes each year, the park is bound to have had plans that were scrapped for one reason or another, and I’ve set out to uncover some of the lost plans for rides. In my search, I was saddened to see that there were some truly fantastic attractions that were never built. Here are 5 such rides that may leave you wishing for reconsideration by Disney management and Imagineers in the future. 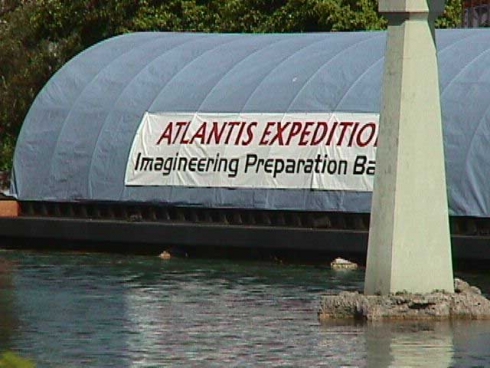 Walt Disney Feature Animation produced an animated science fiction movie, Atlantis: The Lost Empire, which was released in 2001. It had great potential with its special effects and new genre of Disney story, but it turned out to be a box office flop. Yet, before it proved to be a Hollywood failure, Imagineers thought that it would be the perfect reinvention for the Submarine Voyage which closed in 1998. Plans were made but never set into motion.

Aside from Big Thunder Mountain Railroad, Frontierland doesn’t offer much excitement for thrill seekers. Don’t get me wrong – I do enjoy the Mark Twain Riverboat and the Sailing Ship Columbia on lazy sunny days at the park, along with access to Pirate's Lair on Tom Sawyer Island, but I wouldn’t turn down a rollercoaster by any means!

Several years ago, a ride called Geyser Mountain was supposed to have been built where Big Thunder Ranch now stands. It would have been akin to the Twilight Zone Tower of Terror with a vertical ascension and drop and would have had a similar, albeit more detailed, aesthetic to Big Thunder Mountain Railroad with mining paraphernalia. 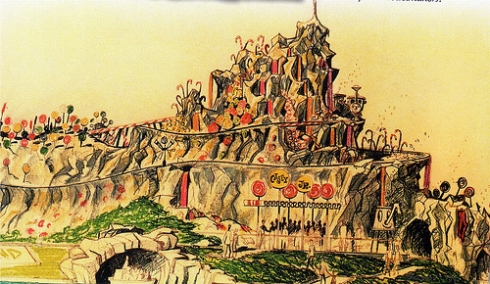 Yet another doomed mountain ride, Rocky Candy Mountain was to be one of the first additions to Fantasyland in the 1950s. Imagineers concocted designs for a sickeningly sweet ride adorned with makeshift chocolate, gum drops and marshmallow. It was to be incorporated in the Storybook Land miniatures with the Casey Junior Circus Train granting access to the mountain.

After a disastrous small scale model, made with real candy to portray what the Imagineers had in mind, Walt Disney decided to scrap the idea. Perhaps the ride would have seen the light of day had the model not melted in the non-air conditioned building and then attracted scavenging birds. I can only imagine that the model turned into a soupy, sugary puddle like a melted ice cream sundae. Although the actual ride would have of course omitted real candy, the experience as a whole left everyone with a bad taste in their mouths and they moved on to create the next attraction. 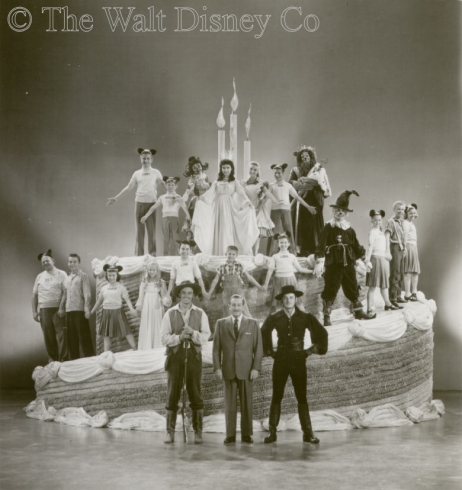 Mousketeers portray characters from Rainbow Road to Oz on the Disneyland show! This aired before plans for the ride were made. Image © Disney

Speaking of Rock Candy Mountain, a Rainbow Road to Oz attraction was to be a part of the inner caves of the mountain. What is Rainbow Road to Oz, you ask? When one hears anything about the Wizard of Oz the first thing that comes to mind is MGM studios, not Disney. Interestingly, MGM only owns the rights to one of L. Frank Baum’s classic novels. Walt Disney, on the other hand, acquired the rights to 12 others!

Walt adored Baum’s stories and longed to bring them to life within his Disney empire. He had a script written for him, entitled “Rainbow Road to Oz”, that was first meant for his television show and then for a feature film (which was never made due to high costs).

With the script discarded, he felt that a ride would be a nice outlet for his love of Oz. The ride would have portrayed a surprise birthday party for Dorothy in the Emerald City, along with the Tin Woodsman’s castle. Sadly, the failure of Rock Candy Mountain meant the failure of Rainbow Road to Oz.

1. The Nightmare Before Christmas

Fantasyland almost welcomed a dark ride after the release of Tim Burton's The Nightmare Before Christmas animated movie. The ride was designed to carry passengers in coffin sleds (in a likeness of Peter Pan’s Flight), and would have been set next to It’s a Small World. The ride was rejected by Tim Burton himself, who owns 50% of the rights to this story. Ironically, Disney obviously got their way seeing as how they have incorporated the story into the existing Haunted Mansion for the seasonal Haunted Mansion Holiday.

It’s unfortunate that some of these were never built. Wouldn’t you agree? Sadly, we’re just scratching the surface of the discarded Disneyland ride plans. Stay tuned for more lists and in-depth coverage of each lost attraction.