What is Disney Doing With RFID at its Theme Parks? 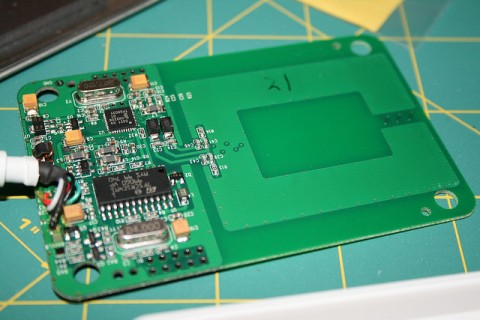 Could a grain of rice gain you access to a Disney theme park? We certainly wouldn’t recommend trying it. But technology contained in a device no larger than that grain could do that, and much more. Disney parks across the world have been testing the implementation of tiny RFID devices (hidden in rigid stickers) that affix directly onto the back of park tickets and annual passes.

RFID – Radio-Frequency IDentification – is a technology first implemented nearly forty years ago, but its modern predecessor can broadcast sets of numbers as radio waves, thus establishing a wireless, sightless connection. That means no barcode needs positioned and scanned. Instead, simply holding an RFID transmitter to a receiver broadcasts the programmed number and reacts accordingly.

It’s not a cheap system to implement, and an array of infrastructure improvements are needed just to test it. So the question is: what benefits does Disney imagine that this renovated system could offer its guests, and its bank accounts? 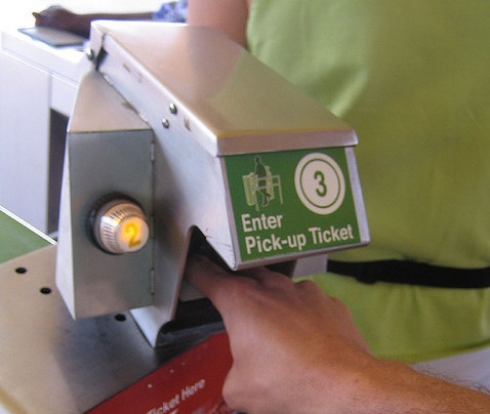 Epcot entrance imageEntrance to Epcot and other Disney parks could be accelerated by a combination of RFID and fingerprint scanning. Image: Bryan Peters

One of the most obvious uses of the RFID system is ease of access to the parks. The system was tested at the fittingly future0themed Epcot in Walt Disney World, where guests willing to participate in the trial run were given a sticker embedded with the rice-sized transmitter to affix onto their regular souvenir ticket or annual pass.

Once the tickets barcode was linked to the RFID transmitter with a one-time scan, the ticket or pass could very simply be held up against a Mickey Mouse emblem on a new ticket-reading device. Once the two were synchronized, guests commenced with the fingerprint scan that was implemented for ticketholders in 2005.

Full implementation of the system would require the current turnstiles to be renovated into the new RFID receptors. In theory, the new entrance would require fewer cast members to scan tickets and verify photo IDs. It’s also true, though, that the system tested at Epcot had no physical turnstiles, thus tempting visitors to try to slide past the scanners entirely and make their way into the open park.

While that portion of the RFID system may require an initial financial influx on Disney’s behalf, there are plenty of ways for them to make and save money with the technology.

First, the technology takes the personal identification number of each guest’s ticket or pass and connects it to a much larger wireless system. Imagine how simple it would be to select a souvenir, step to a cash register, scan the item, and then touch your ticket or season pass to another Mickey RFID reader. Just that simply, Disney may have its own, resort-wide answer to the iPhone apps and credit cards that allow users to “scan and go.” And like it or not, the idea of buying “on credit” seems like an important psychological aid to shopping sprees. 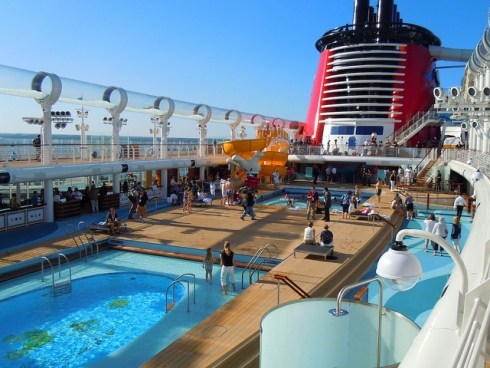 Image: Inside the Magic

Aboard the Disney Cruise Line, guests already utilize a single, modern-looking wristband to access the ships features. A tap on the door by a wristband-equipped hand replaced a magnetic strip room key card. At children’s activities, cast members can take roll-call and view children’s allergies, all without swiping a single card or scanning a barcode. The same technology could grant guests access to resort hotel rooms and theme parks, as well as storing FastPasses, PhotoPass collections, and more.

And imagine the personalized interactions possible (anyone else thinking about that talking Mickey Mouse?) if, upon hugging Mickey, he suddenly knows a guest's name? What about a personalized finale to Radiator Springs Racers wherein Mater wishes riders well by name, like the often-flubbed finale of Universal’s E.T. Adventure.

Behind the scenes, cast member outfits are being embedded with RFID tags (the same kind of tags injected into many pets to expedite their return when lost) to make it easier for the thousands of employees at any park on any given day to quickly and effortlessly check out their costumes and uniforms, and for cleaning and inventorying the various behind-the-scenes elements of the costuming department to be better organized than would otherwise be possible.

But as with any system rolled out by a corporation, you can also expect that there are significant benefits for the company. With the RFID system, one benefit is that we’ve already seen significant changes to the resorts’ souvenir refillable cups. The cups offer unlimited refills during a guest’s stay. In many cases, they’re used much longer than that. 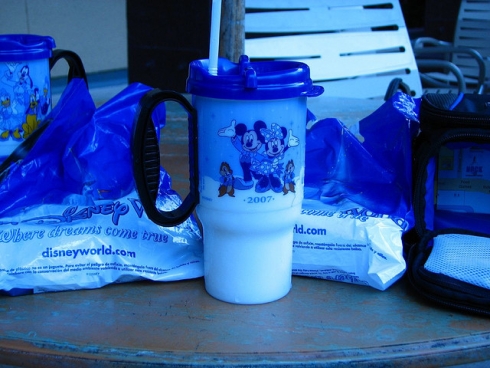 Disney resort mugDisney has experimented with placing caps on the usage of its refillable resort mugs. Image: Athena Workman

Online message boards enflamed at the notion that Disney was installing RFID cards into the bases of their cups – “length of stay” refillable cups remain active for fourteen days, and disposable cups for two hours. But against the cast member tales of guests using the refillable cups to distribute soft drinks to party members’ water bottles, the idea of limiting souvenir refillable cups’ life and soda machines' distribution (one minute of filling, resetting every five minutes) lets people get what they pay for, and keeps people from abusing the fountain machines scattered around the resorts. (After a cup’s life has expired, it can still access ice and water through the machines).

The RFID tags in cups may seem like an extreme example of corporate greed. But there is something to be said about people who genuinely pay for soft drinks at the resort watching fountains run dry as other guests fill up water bottles, or hog the machine for five minutes as they endlessly refilling a souvenir cup only to distribute it to friends’ empty cups. The limit does enhance customer service, in that it allows people who pay for goods to receive what they pay for

There’s certainly much to be said about Disney using the RFID technology. Its implementation would require a revolutionized, renovated resort. To make the most of the technology, hotel rooms, turnstiles, FastPass tickets, drink dispensers, and gift shops would all need to incorporate the required sensors. And just as they did with the fingerprint scanning systems adopted between 1996 and 2005, Disney would need to promise (and genuinely ensure) guests’ personal safety and identity protection with a system that could quite literally track their movement from ride to ride.

Though in places it may appear as greed or even surveillance, Disney’s RFID system does have the potential to give guests to Disney Parks a more effortless, simple, and worry-free trip to the parks. The RFID technology allows guests new freedom alongside new limitations, and would continue Disney’s unending struggle to stay ahead of the times. Opening a hotel room with a finger tap would certainly make even the most seasoned traveler gasp, and that lasting impression is what keeps Disney strong.

I don't think the author was implying corporate greed. I think he was saying just what you are - that this has its place and is a great system in many ways. Disney Parks have been at the cutting edge of technology for years, so it's fantastic to see yet another implementation here.

Most of all, though, I'm intrigued by a idea of the talking Mickey character interacting with guests who might have these RFID wristbands. Imagine hugging Mickey, and he says, "It's great to see you, Henry! Are you having fun at Disneyland today?" It's just really cool how this sort of technology could personalize experiences and give that extra "wow" factor that Disney has always had.

Corporate greed??? maybe, but we have all seen one person purchase a cup or a mug from 1986 and fill it for a HUGE family of 4-10 as described in the article. If folks would not do that, then my soda would not be $2.79.

I don't have an issue with sharing a meal or even a drink for two if sharing a huge quick service meal, but there are obvious abusers. Ever seen someone fill a mug with hot water and get 20 tea bags? How about those who grab 30 packets of jelly and crackers for PB&J later in their rooms? Same idea. Honest folks pay for that.

Dollywood's Splash Country began the RFID cup system two summers ago. I don't mind paying $25 for a mug that will last the entire season. I can fill it and get a refill every 10 minutes until the end of the season. Daily mugs were available, too.