Ring in the New Year at the Disneyland Resort 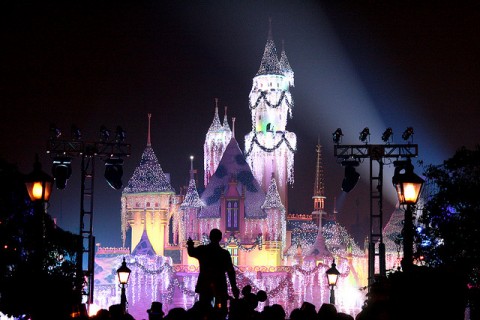 If you’re a New York resident, you have the exciting option of spending New Year’s Eve in Times Square and watching the infamous ball drop at midnight. If you’re a Southern California resident, there’s a little hidden gem that is just as, if not more, exciting than that: ringing in the New Year at Disneyland!

I’ve been racking my brain trying to figure out what to do this New Year’s Eve. In past years I’ve attended music concerts, themed parties and even counted down at the beach. This year, however, seems a little on the dull side. From what I can tell, everyone is laying low and either staying home to save money or leaving town all together. This leaves me with little to do, so I turned to Disneyland in hope that it would be putting on a bash of some sort … which it is!

From what I’ve gathered from last year’s festivities, Disneyland and Disney California Adventure will have extended hours and will each offer an array of celebratory options. Both parks also offer party hats and noisemakers, while supplies last, to use at midnight.

Disneyland is open from 8am (or 7am if you’re able to take advantage of Magic Morning early entry) to 2am. Last year, the park had multiple stages with two DJs at Sleeping Beauty Castle and Small World Promenade and live bands at Tomorrowland Terrace, Carnation Plaza Gardens and New Orleans Square. My boyfriend and I love live music, so we’re apt to count down in New Orleans Square with non-alcoholic mint juleps in hand!

The park had a special New Year’s fireworks show called “Fantasy in the Sky” last year, and this year it will feature the "Ring in the New Year" fireworks spectacular.

Disney California Adventure always closes early compared to Disneyland, so its late closing at 1am is quite a treat. While it’s more likely that we’ll spend the majority of our time at Disneyland, it’s very tempting to party at Disney California Adventure because they cater to an older crowd and serve beer! Plus, Paradise Garden will offer special champagne bars open for the countdown.

The park also offers a countdown through the use of the World of Color stage, which sounds absolutely magical. Midnight will then mark a special showing of World of Color – the first of 2012!

The Hollywood Pictures Backlot always has something fun going on (my little niece just partied hard with the “ElecTRONica” dancers at the Backlot in October for her third birthday), and this New Year’s Eve will be no exception with DJ Michael Paul.

Since the resort is still in full “Merriest Place on Earth” swing, there will be the usual holiday festivities and décor to keep you entertained: 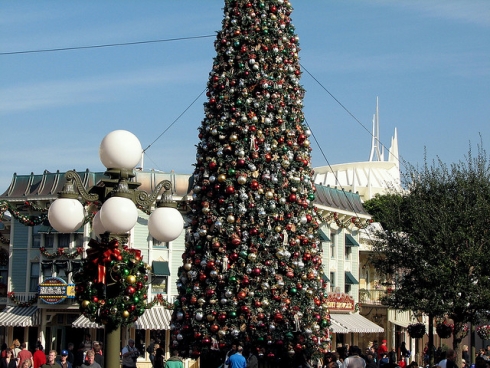 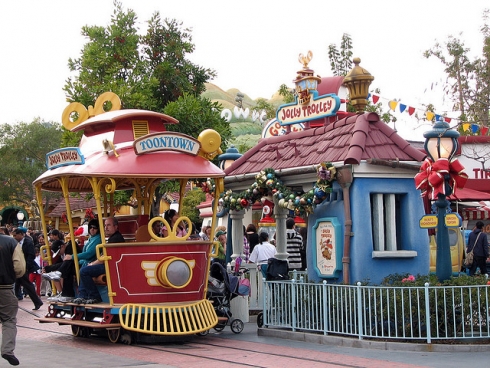 Tip: If you’re thinking of joining the masses at the Disneyland Resort along with us, be sure to arrive as early as possible. New Year’s Eve tends to be the busiest day of the year and the parks reach capacity at around mid-afternoon. Parking is sure to be a nightmare, so consider parking off-site and shuttling in. Be sure to anticipate the chaos of the packed parks and come to terms with it being more of a people watching day rather than a ride day – your patience will be tried! My best advice is to entertain yourself with photo ops and pin trading while you wait for the big countdown.

If you do find yourself at the resort, please feel free to share a photo or two with us on the Theme Park Tourist Facebook page!