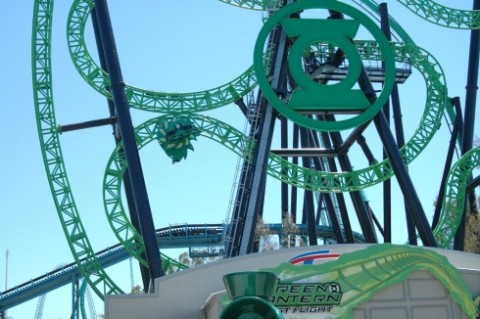 2011 marks the 40 year anniversary of Six Flags Magic Mountain, although a little-known fact is that the amusement park was known simply as Magic Mountain until Six Flags bought it from Newhall Land and Farming Company in 1979. Regardless, the park itself has been fully functional for 40 exciting years.

The park opened on Memorial Day weekend in 1971 with a whopping 33 attractions to entice its guests. Many of the initial attractions were designed by Arrow Development, a rollercoaster company who got its big break from Walt Disney in 1953. Arrow Development was an innovative company who brought several "firsts" to the amusement park world, including Six Flags Magic Mountain’s very own multi-dimensional roller coaster, X².

While the park partnered with Warner Bros. in its opening year, it didn’t begin using Looney Tunes cartoon characters for ten years. Rather, Magic Mountain chose trolls and a wizard as its official mascot collection. The trolls were known as King Troll, Bleep, Bloop and Blip. There was a period of cross-over where the park played home to both Looney Tunes and the trolls, but the trolls officially exited in 1985. That year also welcomed Bugs Bunny World, a child-friendly portion of the park, as Six Flags Magic Mountain transitioned from trolls to Looney Tunes.

To celebrate its 40th anniversary, Six Flags Magic Mountain chose to reclaim its impressive title as the "Coaster Capital of the World" by unveiling three new coasters, usurping the honor from Cedar Point in Sandusky, Ohio. This has proven to be the best year to purchase an annual Thrill Pass! 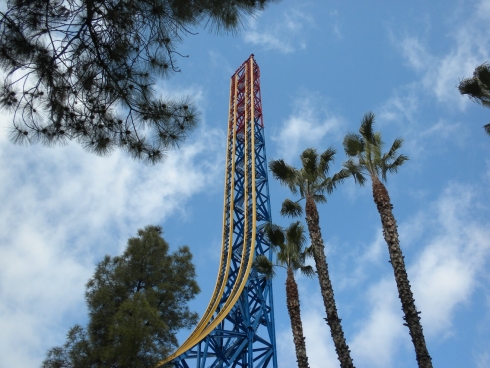 On March 19, 2011, the park released Superman: Escape from Krypton. It's a revamped version of their previous Superman: The Escape attraction, with an altered ride experience that propels the rider backward before plummeting them downward face first! It was a thrilling alteration that was greeted with great fan acclaim.

May 28, 2011 marked the release of the park's latest junior rollercoaster, Road Runner Express. This 16-seater train hits 25 mph, which is perfect for thrill-seekers-in-training! It’s a great addition to the park’s family ride collection. 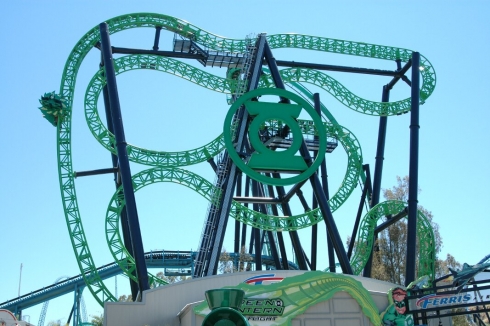 Green Lantern: First Flight, unveiled on July 1, 2011, was the cherry on top of the 40th anniversary sundae. The ride amazed guests with its 107 foot tall vertical track and 360 degree spinning cars which twisted their way down 828 feet of bright green track. It was with this innovative coaster, the first of its kind in the US, that the park was able to announce its official reclaiming of the "Coaster Capital" crown. 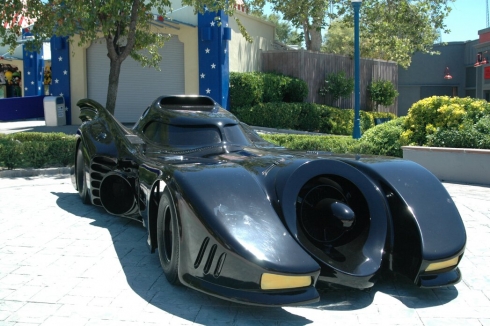 2012 will see Six Flags Magic Mountain claim one world record, while losing exclusivity on another. The park has announced that it will install Lex Luthor: Drop of Doom, the world's tallest and fastest drop tower ride. Attached to the sides of the duel towers of the 415-feet-tall Superman: Escape from Krypton rollercoaster, the new addition will see guests freefall for an incredible 5 seconds at speeds of up to 85 miles per hour. 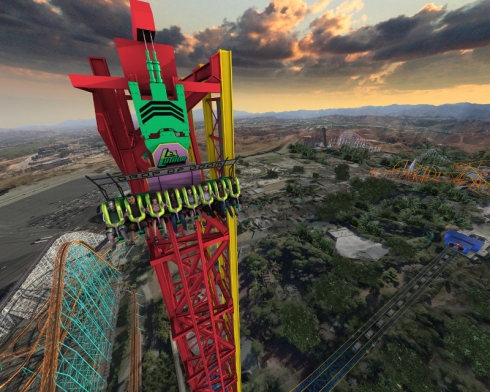 Magic Mountain's new ride could have been dreamt up by Lex Luthor himself.

While it will be gaining Lex Luthor: Drop of Doom, Six Flags Magic Mountain will also lose one ride for the 2012 season. The Déjà Vu inverted boomerang rollercoaster will be relocated to Six Flags New England, where it will become Goliath. This means that Magic Mountain will once again share the title of "rollercoaster capital of the world" with Cedar Point, with both parks having 17 coasters in their line-up.

A proven pattern of theme parks shows that reinvention is the key to success. Only time will tell what the future holds for Six Flags Magic Mountain, but I, for one, can’t wait to see what the park’s 50th anniversary has in store for us.