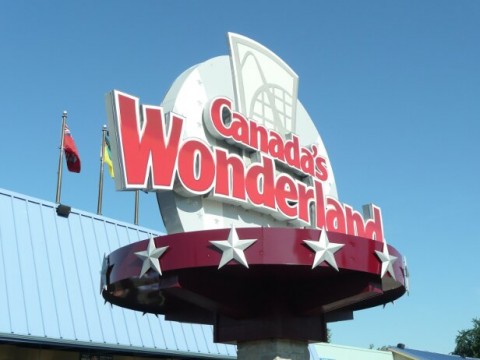 It's always a thrill to visit a new theme park, particularly an exotic one on the other side of the world. When that park contains no fewer than fifteen rollercoasters, my excitement levels are difficult to control. So it was that I headed to Canada's Wonderland near Toronto last Saturday for the first time, pumped up on caffeine and ready to be amazed.

However, there were nagging doubts in the back of my mind. I've been conditioned by years of online reviews to expect Cedar Fair parks (along with their Six Flags rivals) to be concrete monstrosities, with lightly-themed rollercoasters and flat rides dumped wherever they can be made to fit. As at Thorpe Park in our native UK, I was wary of packs of wild teenagers roaming the grounds, queue jumping at will and scattering litter in their wake.

I was a little surprised, then, to find that the park's entrance looks on to the attractive International Street, with the impressively-themed Wonder Mountain as its backdrop. While there were plenty of (perfectly pleasant) teenagers around, there were also a surprising number of families with young children in the waiting crowds. 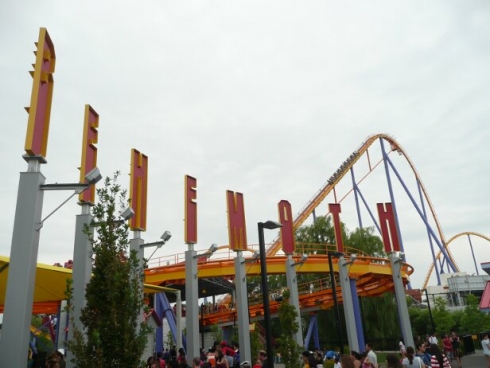 Things took a brief turn for the worse when the rope drop triggered a mad stampede towards the Behemoth rollercoaster, leaving smashed-over signs and a lost shoe or two scattered across the pathways. However, the B&M hyper coaster's high capacity meant that we soon found ourselves ready to board.

The site of the imposing Behemoth, standing at 230 feet tall, as we passed it on the expressway had caused the color to drain out of Natalie's face. Nevertheless, she bravely boarded it alongside me and shared my panic as the seemingly incredibly loose lap-bar restraints closed on us. We both spent most of the endless lifthill ignoring the stunning view and writhing around, desperately trying to judge whether there was a danger of us slipping out as we plunged down the upcoming drop.

We needn't have worried. By the time we'd reached the halfway point of the first drop, the comfortable restraints and smooth ride allowed us to relax and enjoy the amazing ride that B&M put together back in 2008. We'll cover the ride in-depth in a future review, but needless to say the long course and numerous airtime hills put Behemoth firmly among the best rollercoasters we've ever experienced. 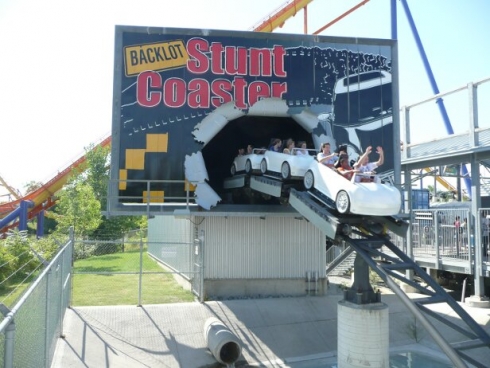 Buzzing from the great start to the day, we crammed in the bumpy-but-fun Backlot Stunt Coaster and the lightning-fast suspended coaster Vortex within half-an-hour of entering the park. During this period, the sheer size of Canada's Wonderland began to dawn on us. As Brits, we are used to being amazed at the greater scale of most things in North America. But we were still unprepared for the huge line-up of attractions that awaited us, with just about every type of flat ride in existence filling the gaps inbetween the numerous rollercoasters. The whole place reminded me of something I would have put together as a flight of fantasy in an old Rollercoaster Tycoon game.

The positive impression extended beyond the large number of rides, which soaked up the large Saturday crowds without any problems. Although theming is pretty loose on most of the Canada's Wonderland's attractions, they are set in genuinely attractive, well-landscaped grounds that conflict with Cedar Fair's "concrete wonder" reputation. Employees were friendly and quick to pick up litter, and while the food was standard burger and pizza fare, the service was prompt and queues were short.

Something for the kids 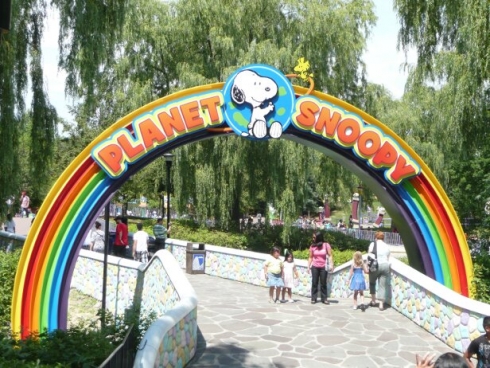 For younger kids, Canada's Wonderland has a surprising amount to offer. Heading over to check out the rethemed Planet Snoopy area (formerly Nickelodeon Central), we were expecting to find a handful of Zamperla flat rides crammed into a small corner. Instead, we discovered a large, bright area which houses a number of longer rides alongside the predictable helicopter rides and miniature ferris wheels. Snoopy himself put in regular appearances, much to Natalie's delight.

The updated Boo Blasters on Boo Hill (formerly Scooby Doo's Haunted Mansion) also proved to be great fun. Although capacity is a serious issue - the short queue moved at a glacial pace - Cedar Fair has done a good job of maintaining the faux-scary theming and the laser game compares well with others we've experienced. The only frustration was my failure to beat the day's high score of 3200 - falling short by just 150 points. 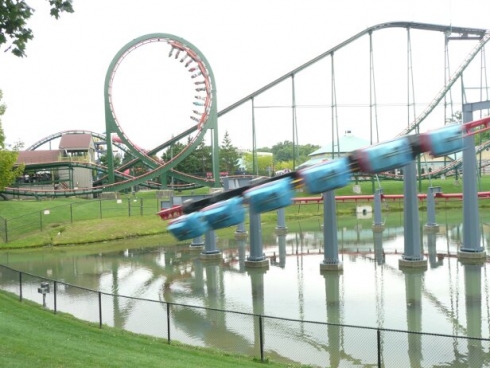 Vortex and SkyRider, just two of Canada's Wonderland's many coasters

And what of the fifteen coasters? Of the ten we were able to try, we found there to be a diverse selection with a few real gems. The two wooden coasters - the Mighty Canadian Mine Buster and Wild Beast - were rough but enjoyable, while Vortex's raw speed took us by surprise. We'll cover them all in an upcoming article. 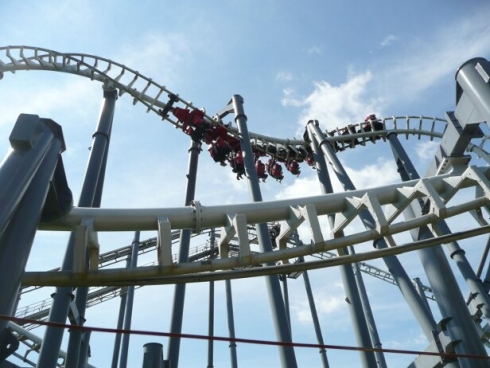 Canada's Wonderland isn't perfect, and we did come across a number of downsides. Perhaps inevitably for a park with so many rides, a few of them are showing their age and rust and peeling paint were a common sight. Some of the coasters - the Vekoma inverted Flight Deck and Zamperla flyer Time Warp in particular - were more painful than fun, leaving me with a few bruises and a slightly sore neck. And as a great as Planet Snoopy is, it's a shame that kids are annexed to one section of the park rather than having a broader range of attractions spread throughout.

Overall, though, Canada's Wonderland left us feeling thoroughly satisfied and a little jealous of our Canadian friends. Although the park can't compare in terms of theming or overall experience with the likes of Disney or Universal, it's difficult to imagine a more complete "amusement park". We hope to visit again one day to see if its legion of attractions can be expanded further.

You can find more images from Theme Park Tourist's visit to Canada's Wonderland in our exclusive gallery.

Loved your article on Canda's Wonderland it looks and sounds really good. Will have to arrange a visit perhaps for my 10th wedding anniversary or something like that!!

PS - loved the photos Nat! and I want to go to planet snoopy too!