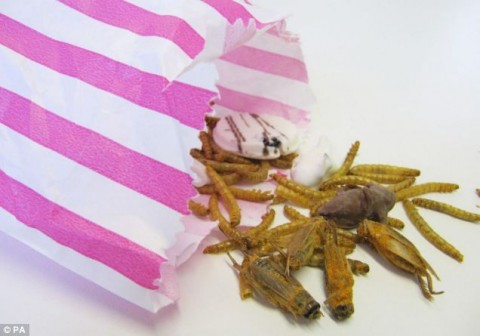 Publicity materials for theme parks aren't known for understating things. Every new ride is billed as "faster", "scarier" and "more intense" than the last, and every park claims to offer the ultimate day out for visitors of all ages.

Standing out in a sea of hyperbolic press releases is a challenge - and one that Merlin Entertainments Group's PR team has taken on with gusto over the last year. Responsible for promoting Alton Towers, Thorpe Park, Chessington World of Adventures and Legoland Windsor in the UK, the team has pushed its publicity stunts to levels of borderline insanity in search of tabloid headlines. In this article, we pay tribute to their inventiveness by highlighting the 10 most bizarre promotions they have been responsible for in recent months: 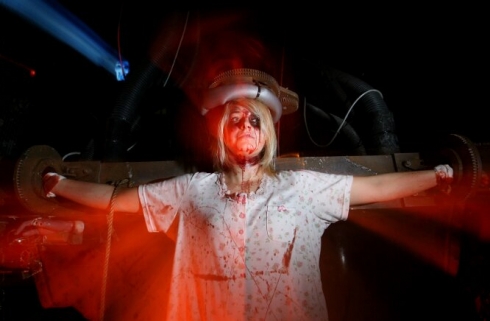 The UK press were quick to condemn Thorpe Park after it offered students £50 to take part in a series of psychological and electric shock tests for the SAW Alive Horror Maze attraction. UK MP David Willetts even commented on the tests, saying "I would want to know that these tests are safe and the trials are properly regulated."

Of course, Thorpe Park was no doubt delighted with the free publicity it received in the outraged tabloids. And to be fair to the park, it really did include electric shocks in the attraction, with guests navigating an "electrocution corridor" where one wrong move can lead to a minor jolt. Unfortunately, it wasn't enough to save the maze (based on the Saw horror movie franchise) from mediocrity, as revealed in our review.

2. Time to relax - with a snake massage 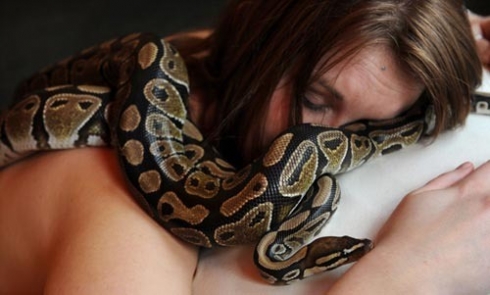 In March 2010, Chessington World of Adventures opened a new land, Wild Asia, featuring themed wildlife exhibits and a new thrill ride - KOBRA. Not content with letting the new attractions speak for themselves at its preview event, the park instead rolled out a royal python with an unusual skill - the art of massage. A spokeswoman insisted that snake massages would help riders relax before trying out KOBRA, saying: "Snake massages are said to produce a feeling of relaxation as the muscles in their bodies stimulate blood flow and massage tense joints."

3. The squirrel of terror

Rollercoaster riders come in all shapes and sizes, but it is probably fair to say that rodents have never been regarded as typical coaster fanatics. Nevertheless, Alton Towers claimed that a "daredevil" squirrel was seen riding its newly-rethemed Sonic Spinball coaster on several occasions during unmanned testing. The creature is then said to have conducted a month-long "reign of terror", stealing food from riders and workers before retreating into nearby woodland. Unfortunately for Sonic, as he was dubbed by the park, he was deemed a danger to visitors and a high-pitched alarm (conveniently inaudible to humans) was supposedly installed to ward him off. 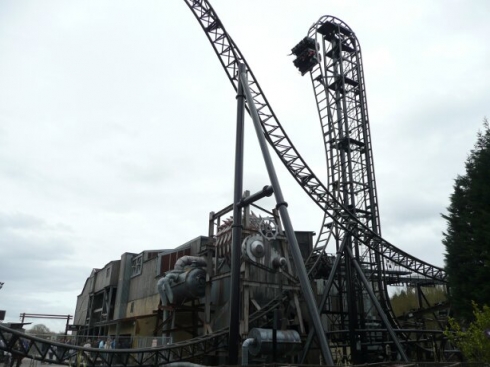 Squirrels aren't the only creatures that have allegedly terrorised Merlin's theme parks in recents months. Thorpe Park claims to have called in an exorcist after guests reported hearing ghostly footsteps inside the queue area for SAW - The Ride. With the perfect timing, the ghost's arrival just happened to coincide with the start of the park's Halloween Fright Nights events - although the park claimed that a seance held under the ride by park employees had attracted the rogue spirit. Management claimed to have suspended the employees involved in the Ouija board session, leading to the priceless Sun headline - "Ouija Believe It". 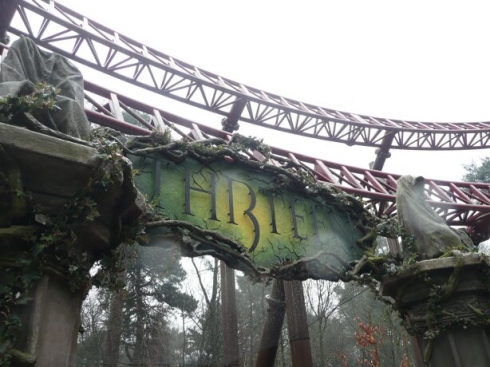 In December 2009, Alton Towers finally revealed the identity of its new rollercoaster as Thirteen. Billing it as the "ultimate rollercoaster" and the "scariest ride in the UK", the park claimed that it would combine elements of psychological horror and physical danger to create the world's first "psychoaster". Indeed, in an unprecedented move, Thirteen would be so scary that only those aged 16-55 would be allowed to ride. Even healthy younger guests would be limited to one ride per day, such was the horror they would have to endure.

In the end, we found Thirteen to be not quite the scare-fest that the Alton Towers PR machine had built it up to be. On the plus side, both young kids and old age pensioners have been allowed to enjoy the ride - as many times as they like.

On quieter days at theme parks, particularly on shorter rollercoasters, a kindly operator may allow a ride to cycle twice to give guests twice the fun. But it's pretty rare for that to happen on every single ride, every time. That's what's happening at Chessington World of Adventures through May 2010, as part of the park's "Groundhog Days" promotion. All of the park's rides and shows are included, with rollercoasters completing two circuits, flat rides cycling twice and even the sealion show running twice in succession. Fortunately, given the inevitable impact on throughput, weekends are excluded to avoid long queues from building up. 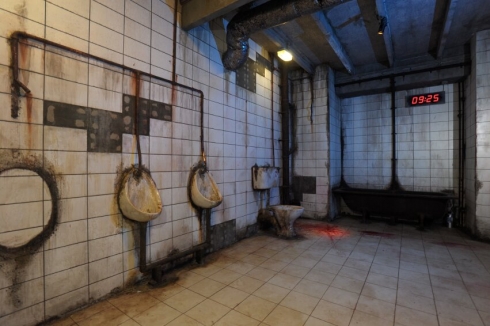 Anyone venturing into the SAW Alive Horror Maze at Thorpe Park may notice a distinctive smell in the bathroom area, which re-creates the iconic scene from the first Saw movie. In February, ahead of the maze's opening, the park sought out the "stinkiest" urine in Britain, inviting members of the public to submit "samples" through special deposit booths. It claims that the winning odour was used to create the "authentic smells" inside the maze.

The park's entertainment manager, Laura Sinclair, said that the aim was to make SAW Alive as "authentic and terrifying as possible, to make visitors feel as if they are living in a real life horror film". Explaining the decision to run the competition, she said: "We've begun creating some of the stenches of Saw Alive but need the help of the public to create the most realistic and unsavoury urine odour. We are looking for a sample that will really get the public gagging."

Despite accepting that riders over 55 would be able to handle Thirteen, Alton Towers still wouldn't let the "horror" of the new coaster go unhyped. Ahead of the ride's debut on March 20, the park introduced a special new ticket option. For an extra £1, guests could add "health insurance" to their ticket, covering them for "physical and psychological trauma". The price even included access to a medical expert stationed close to the ride - though as with most of Merlin's unusual promotions, the option seems to have been quietly dropped. 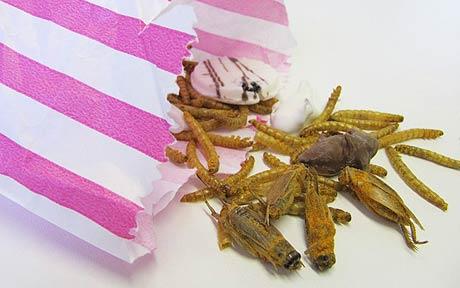 Ask most people which snacks they typically munch on at a theme park and you'll probably hear the usual suspects - popcorn, chips, maybe a bag of M&Ms. It's likely that chocolate ant wafer biscuits, cheese-and-bacon flavoured crickets and chocolate-coated larvae don't feature high on most lists. However, Chessington World of Adventures is offering a range of insect-based snacks in new Wild Asia area, as it seeks to cash in on the success of reality show I'm a Celebrity...Get Me Out of Here!. The dried insects are served in traditional pink and white paper sweet bags - surely leading to an outbreak of practical jokes as teens feed them to their unsuspecting friends.

10. Protective pants all round

Although the myth that Thirteen is the most terrifying coaster in the world has largely been dispelled since it opened in March, that hasn't stopped the Alton Towers marketing department from continuing to push it. The most recent claim from the park is that a number of riders have been unable to control bodily functions when the ride hits its signature surprise element (which is revealed in our Thirteen review). To help prevent further messy incidents, staff are handing out free rubber pants to visitors before they board the ride. A spokesman said of the stunt: "We have had reports of several unfortunate incidents on Thirteen involving riders who were not prepared for the most shocking part of the ride.It contains many surprising elements as it takes riders on an exhilarating journey, so, in response, we have decided to make protective underwear freely available in the hope it will make both riders and our staff feel more secure."

What do you think of Merlin's PR stunts - are they harmless fun, or do they create false expectations for visitors? What other crazy theme park stunts have you heard of from your local parks? Let us know using the comments section below.

At the end of the day, Merlin are just trying to get as many people to their parks as possible. If this means making up stories and over-exaggerating things, then they're not going to care.

Take the story about "ghosts" with the new ride at Thorpe Park, just another stunt to get a story in all the newspapers and some free advertising.