How to save time at Disneyland and Disney’s California Adventure 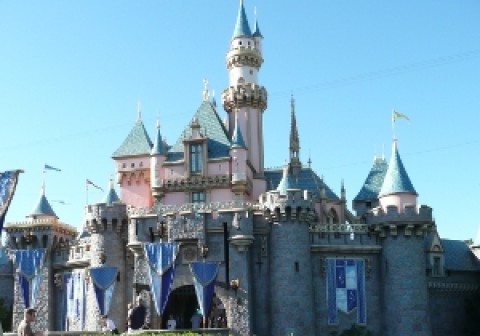 A trip to Disneyland should always be a fantastic experience. With both Disneyland Park and Disney’s California Adventure containing a huge number of rides and shows, there is an amazing amount to see and do. However, the sheer number of people who visit each day, combined with the searing heat of inland Southern California, can lead to long hours spent sweltering in the sun, waiting in line after line for the next attraction.

The good news is, it doesn’t have to be that way. Regardless of when you go and what you want to do, there are some simple strategies you can follow to maximise your enjoyment of Disneyland and Disney's California Adventure and minimise the length of time you spend waiting around. By spending a little time planning before you go, and following some simple guidelines when you're at the parks, you can beat the crowds and ensure a stress-free day for you and your family.

In this article, we’ve collated ten simple time-saving steps for you to follow to ensure you have the best time possible on your next trip to Disneyland. Just start with Step 1 below.

Attendance at Disneyland and Disney’s California Adventure varies greatly, both from season to season, and even weekday-to-weekday. Heading to the parks on a day with low attendance can see you skipping directly on to the major attractions with barely a wait, while attending on the busiest days could leave you facing huge queues for even minor attractions.

For some visitors, such as families with kids in school, or those visiting from farther field (during their summer holidays, for instance), being flexible around dates may not be an option. Don’t worry if that’s the case – you can still save time and beat the crowds using the remaining steps in this article.

Important note: there are downsides to attending on quiet weekdays and during the off-season. Most notably, the park’s opening hours may be shorter. Shows and parades may take place less frequently (or not at all), and rides may be down for refurbishment. Check ahead with the park to avoid disappointment.

Step 2: Get your tickets in advance

If at all possible, purchase your tickets in advance to save time when you arrive (as well as saving money). Tickets can be ordered from the Disney website, or from many independent resellers. If you’ve ordered your tickets online and need to pick them up from Guest Services, collect them the evening before if you can. If not, allow extra time in the morning to do this.

For visitors to Southern California, this is a no-brainer (even some locals might want to consider it if they have a long journey to the park). Stay at a hotel close to the parks – within walking distance if possible. If that’s not possible or too expensive, try and stay at a hotel with an efficient shuttle bus service that allows you to arrive at least 30 minutes before the park opens. Walking or taking the shuttle bus will save you time and energy queuing in the car parks in the morning and evening.

Important note: some hotels advertise themselves as "within walking distance" of the parks. This is usually true – but do check the realistic walking time from the hotel to the parks (e.g. using Google Maps). You don’t want to be wiped out by a 45-minute walk, leaving you short of energy for the parks.

Step 4: Eat breakfast before arriving at the park

This is a step that can save you time and money. Eat breakfast at home (for locals), at your hotel (for visitors) or at a diner en-route. Breakfast at Disneyland is expensive, and will waste valuable time during the morning period when queuing times for rides are at their lowest.

Step 5: Use “Magic Mornings” (aka "Early Entry") if you're eligible

Disneyland visitors with 3-day (or longer) Park Hopper tickets are eligible for "Magic Mornings". This allows you to enter Disneyland Park one hour before it opens to the general public, during which period a selection of the most popular rides in Fantasyland and Tomorrowland are up and running. The feature can only be used once per ticket (e.g. a single day of a 3-Day Park Hopper’s use), and the park only opens early on Mondays, Tuesdays, Thursdays and Saturdays. The feature is also included with some Disney vacation packages, both at Disneyland Resort hotels and selected partner hotels.

If you’re eligible for early entry, use it! It can make a massive difference to the number of rides you experience during the day. In particular, it represents your best chance for riding Finding Nemo Submarine Voyage, Peter Pan’s Flight and Dumbo The Flying Elephant without a long wait. It does mean getting up early, but you can always nap during the afternoon when the rides are mobbed. If you’re not eligible, try and avoid going to Disneyland Park on Magic Morning days as you will find that many of the most popular rides already have long lines when you get in.

Step 6: Arrive at the park early

This single step can probably save more time than any of the others. If you arrive half an hour before the park opens, ticket in hand, and queue at the turnstiles you’ll have a great chance of riding the major attractions before the bulk of the day’s guests arrive. Don’t worry if it looks like there are a lot of people at the gates – inside, the park is empty and the guests will soon disperse. Officially, you can’t run – but make your way as quickly as possible between the rides. You’ll have time to rest later while those who had a lie in swelter in the queues.

This is a particularly good time to ride non-Fastpass rides, such as Finding Nemo, Peter Pan and Dumbo.

FASTPASS is a system run by Disney to help reduce the amount of time guests spend waiting for the most popular attractions at the parks. All guests at the park can take advantage of the system – make sure you do. To use FASTPASS, look for the FASTPASS machines near the entrance to the attraction. Insert your ticket into the machine, and it will print out a special FASTPASS ticket. The ticket will be printed with an appointment time window for later in the day. If you return during that time window, you can enter a special FASTPASS line, bypassing the normal line. You may still have a short wait – but it will be significantly reduced.

Step 8: Use a touring plan

Using a touring plan developed by somebody who is an expert on traffic patterns and typical queuing times at Disneyland can save you a huge amount of time. The plans are simply a list of which attractions to head to in which order, and some cover other things such as when to catch parades and the best times to eat. The best touring plans are based on many hours of data gathering and statistical analysis, and TPT recommends Frommer's Unofficial Guide to Disneyland which features a range of touring plans to cater for different tastes.

The idea of following a series of pre-defined steps may not be attractive – whatever happened to spontaneity? But it really can save hours and ensure that you experience all the attractions you want to. If you’re heading to the parks for more than one day, try and get up early and use a touring plan for one day, and tour in a freeform way on the other days (using FASTPASS to re-ride your favourites).

For those looking for a personalised touring plan to fit with the attractions and parades they want to experience, check out Frommer's website or RideMax. Both will generate touring plans for a fee but the free ones included in Frommer's guide should be more than adequate for most visitors. The book is well worth purchasing for the other hints and tips it contains.

At peak lunch and dinner times (around 12:00-14:00 and 17:30-19:30) both counter service and sit-down restaurants at Disneyland are mobbed by hungry park guests. If you can, eat earlier or later than this and avoid wasting time queuing for food. Or, nip outside the park to one of the many fast food joints across the road, where queues are shorter and food is often cheaper.

Step 10: Strategies for shows and parades

Disney's parades and shows are one of the major features of the parks. Unfortunately, for popular shows like Fantasmic, there is little choice other than to stake out a viewing spot early (on peak days, hours in advance). However, on days when the park is running more than one show or parade, it can often pay to attend the second one, as many of the guests viewing the first one will then leave the park soon afterwards. For parades, it can also make sense to watch from the place where the tour starts. That way, when it moves on you can take advantage of the shorter queues while people further down the route are still taking in the parade.

Trying to hit the rides during shows, parades or the nightly firework display is a double-edged sword. On the one hand, queues are much shorter due to the volume of people who are busy watching. However, moving between rides can be a nightmare, with sidewalks clogged with stationary people watching or waiting. Plan ahead, and tour rides in a specific area during the show or parade. Make sure you head there well in advance of the show starting.

Other tips for saving time at Disneyland:

Do you have your own tips for saving time at Disneyland? Why not share them with others through our theme park tips section? If you spot something wrong in the article, or disagree with any of the tips, please let us know through the comments or by e-mailing us.

I used your tips recently on a trip to Disneyland and they were fantastc. I had a brilliant 2 days and hardly had to wait at all for the rides!!!!
Great advice!!!

It is appropriate time to make some plans for
the future and it is time to be happy. I've read this post and if I could I wish to suggest you few interesting things or suggestions. Maybe you could write next articles referring to this article. I wish to read even more things about it!