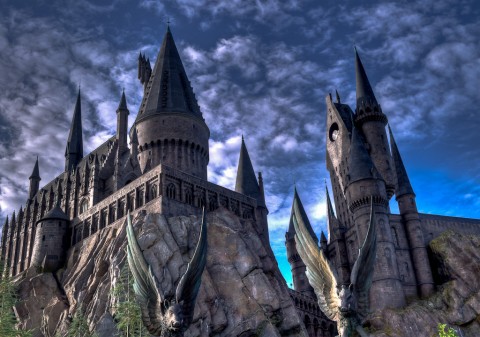 On June 18, 1812, the United States declared war on Great Britain. It was the beginning of the War of 1812 – the second conflict between the two nations, and one that sought to end leftover tensions from the Revolutionary War.

Exactly 198 years later to the day, Universal Orlando opened The Wizarding World of Harry Potter to the public.

There has long been competition between Universal Orlando and Walt Disney World, but it’s never truly been a fair fight. Disney has always had a massive corporation backing them, willing to provide resources and energy to stay high atop the Florida theme park scene. Universal, on the other hand, has changed owners almost a half-dozen times in its history, never fully grasping a clear creative or strategic vision.

But when Universal announced the development of The Wizarding World of Harry Potter, everything changed on a dime. That project was a declaration of war against Walt Disney World, and we’re still only in the midst of the opening shots. But soon – very soon, in fact – we’ll be in the middle of the biggest theme park duel since the early 1990s.

And here are a few reasons why:

Tourism slumped across the country as the economy took hit after hit – never fully recovering to 1990s-level prosperity. The result was less capital expenditures within the Disney Parks, instead focusing on building things like Value resorts and infrastructure.

Abroad, the Walt Disney Company was still focused on empowering the fledgling Euro Disney Resort (now Disneyland Paris), which had operated at a loss from 1992-1995. By 2001, the Resort finally began a turnaround, and with newfound stability, Disney was looking to maintain order.

Thankfully, the economy is now as healthy as it’s been in years, tourism is rebounding, and the Florida parks are posting record profits and attendance. Corporations are spending money too, which means that finding attraction sponsors is more doable than ever, which makes expansion and construction more palatable for Disney.

Meanwhile, Universal has finally found an owner as ambitious as its designers, with Comcast showing no shyness with regard to multi-million dollar expansion budgets. The money is freely flowing into Orlando, and where there’s money, there’s development.

Fuelled by their deep pockets and armed with some of the most brilliant artistic minds in the industry, the two companies have both the capital and the creativity to push their resorts to the next level. 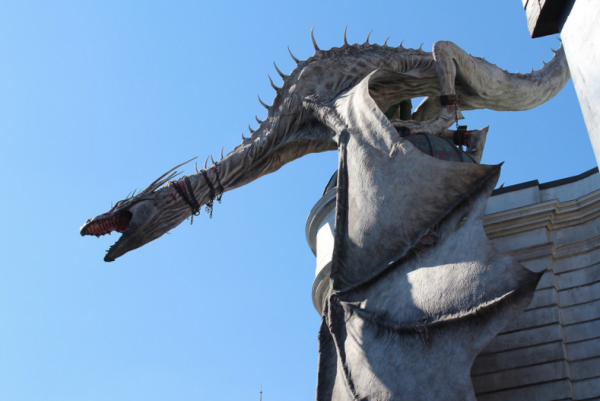 One of the key factors that kicked off the Disney Decade was, undoubtedly, the birth of Universal Studios Florida.

Then-Disney CEO Michael Eisner heard about Universal’s plans for an East Coast park and set about beating Universal to the punch. Due to Walt Disney World’s unilateral control over its land, it was able to complete construction on its own movie-themed park a year before Universal. From there, progress begot progress and Walt Disney World built up into what it is today – adding dozens of hotels, a reimagined shopping district, a water park, and another theme park.

Universal responded to that development by opening a second theme park of its own, Universal’s Islands of Adventure, which featured incredibly intricate theming and one of the most advanced attractions in the world, The Amazing Adventures of Spider-Man.

Ultimately, because Comcast’s return on investment for the Wizarding World has been so high, they’re more than happy to keep channeling money into the Orlando property, and as more money finds its way to Universal, Disney will feel the need to react – whether they admit it or not.

And so, the cycle continues -- Universal opening a headline-grabbing attraction and Disney responding in time with their own carefully planed creation.

Thankfully, they’re positioned well to do this dance over and over again, thanks to the...

Oh, and also..the poler coaster seems like it could be a huge success for Uni. 6 year old princesses arent going to ride that thing. I think people will come into orlando to ride that at the Eye and then spend a few days down the road at the parks. Polercoaster just seems to be more of universals market. And the first 500 foot rollercoaster seems like it will be a big deal

Les look at this debate another way- Disney has more land but there is something to Universals smaller footprint. Why would you want to walk around thousands of acres when another park has everything and more (in coming years) in a less energy consuming structure. Also, you can bet Universal will buy up all the land around it and keep going.

If you are putting down universal, you prob havent been for awhile. It used to be beige buildings and cheap facades but that seems to be the way of the past now.

Back before Harry was built, I bet the execs were sitting around a table saying "we need a castle. and an icon..something big people can associate with the park. Lets do harry potter and reinvent the wheel, creating billions for ourselves." I think they know what they need to do to create us better parks, lets just give them some time to do it :) Happy readings

Avatar themed land....meh. I'm still MAD at Disney for not doing Harry Potter! Watched "Saving Mr. Banks" where Walt waited 20 or so years to get the rights to make the "Mary Poppins" movie....and the current Disney moguls couldn't land J.K. Rowling? SO disappointed.

The reason Disney didn't get Harry Potter is because they wanted to include face characters and J.K. Rowling wasn't too excited about ruining the image the movies created. That's why she signed with universal.