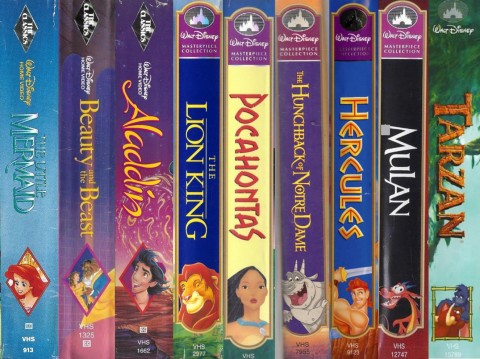 Nostalgia is a force more powerful than gravity. If you ask just about anyone on Earth, movies, music, television shows, video games – and yes, Disney Parks – used to be so much better. At this point, it's really no surprise that each generation is practically repulsed by the media of the next; that our rosy hindsight leaves us sad and sorry for those who grow up without knowing the pop culture milestones that meant so much to us. Basically, everyone on Earth thinks the stories of their own childhood are just objectively the best.

Millennials, though, are probably right. After all, in the 1990s, Walt Disney Animation did the unthinkable: it returned animation to the zeitgeist. After decades of declining returns and meh-movies that threatened to literally bankrupt Walt Disney Productions, 1989’s The Little Mermaid was not just a return to form, but a return to formula. Not since Sleeping Beauty thirty years earlier had Disney tapped so beautifully into a timeless, romantic, artistic retelling of a fairytale. And Ariel was only the start.

From The Little Mermaid on, Disney could do no wrong. With hit after hit after hit at the box office, Disney’s fairy tale reinvention had breathed new life into a sagging studio and an almost-abandoned artform. As fans of animation know well, Mermaid and the films that followed were retroactively regrouped into their own era –The Disney Renaissance. Despite having no narrative connections (and barely any marketing ones), these consecutive films look, sound, and feel like a cohesive collection; without a doubt, a modern pinnacle not matched since.

Yet for the billions (yes, billions) of dollars earned by films at the box office, the tens of billions in merchandise, and the $50 billion Princess franchise spurred by the Disney Renaissance, it took decades for these generation-defining films to ever make their way into Disney Parks in the form of permanent, headlining, anchor rides... for the ones that did at all.

Why? Frankly, The Walt Disney Company really ought to be called The Walt Disney Companies. Even as Walt Disney Animation experienced an unprecedented rebirth, refreshing the studios’ portfolio with characters that shaped a generation, Walt Disney Parks were floundering. With the dismal opening of Disneyland Paris sapping the company’s cash, the rise of the Renaissance overlapped with the decline of the Disney Parks, leaving a massive gap that’s only now being filled! Today, let’s take a look at each film of the Disney Renaissance to see how it has (or, in most cases, hasn’t) been brought to life in Disney Parks through rides and permanent attractions.

On one hand, The Little Mermaid is almost shockingly pervasive in Disney Parks. From parades to meet-and-greets to fireworks, it’s rare for a nighttime spectacular at Disney Parks to go its twenty-minute runtime without a rendition of “Part of Your World” or “Under the Sea.” From SpectroMagic to World of Color; Fantasmic to Paint the Night, Ariel and company are practically as present in Disney Parks as Elsa and Anna… and that’s saying something.

That said, The Little Mermaid was a revolution. The film literally saved Disney animation and kicked off the Disney Renaissance as we know it. Ariel cleared the way for every modern Disney Princess to come, introducing lavish, romantic, Broadway-caliber musical magic (thanks Howard Ashman and Alan Menken!) back into the popular lexicon and restarting Disney’s production of cross-generational, timeless fairytale films. And given all that, permanent, big-budget allusions to The Little Mermaid have been… well… surprisingly rare.

Sure, in 1992, Ariel made her requisite debut at the still-new Disney-MGM Studios by way of Voyage of the Little Mermaid, a 16-minute book report retelling of the tale quickly assembled to meet demand for the character (and never meant to be permanent… fast-forward to thirty years later…). In 1996, both Disneyland and Magic Kingdom added quasi-permanent Ariel’s Grotto meet-and-greet locations (in the latter, a very anticlimactic reuse of the Lost Legend: 20,000 Leagues). Tokyo DisneySea opened in 2001 with an entire Mermaid Lagoon land dedicated to the character – finally, a permanent attraction! – but even then, it’s populated primarily by aquatic carnival rides without a true anchor attraction.

If you think that such a surprisingly sporadic presence for a generation-defining film seems to hint at never-built projects, you’d be right. Given the film’s blockbuster success aligned with production on Disneyland Paris, a custom-made Mermaid dark ride was initially planned as an expansion for the park’s Fantasyland (allegedly planned for duplication in Orlando and Tokyo, too). Disney’s 2006 DVD release of the film even included a full ride-through concept of the would-be attraction. But Paris’ disappointing debut stalled the project… and pretty much everything else planned in the '90s.

By time a true dark ride experience themed to The Little Mermaid returned, it was as The Little Mermaid ~ Ariel’s Undersea Adventure – one of the anchors of Disney California Adventure’s rebirth, later duplicated at Magic Kingdom, taking the forms of a 1910s bayside aquarium and Prince Eric’s Castle, respectively. The resulting dark ride is a fun aside, but even Mermaid fans find issue with the highly condensed and somewhat passive retelling, which feels more like a ride-through singalong than a true dark ride to stand among Fantasyland’s greats.

If The Little Mermaid restarted Disney Animation, then Beauty and the Beast arguably perfected it. The legendary 1991 film saw songwriter and composer Ashman and Menken reunite. The resulting film is, in a word, spectacular. Beauty and the Beast is often considered among the greatest animated films of all time (and sometimes, one of the greatest films ever, priod). Memorably, it was the first animated film ever to be nominated for the Academy Award for Best Picture. Preserved in the Library of Congress, it is an enchanting, evergreen, essential, and enduring icon of filmmaking.

And in Disney Parks? Like The Little Mermaid, you can’t avoid the film’s award-winning songs – particularly “Be Our Guest” and “Beauty and the Beast” – that permeate every nighttime spectacular, but permanent attractions dedicated to the film have been astounding few and surprisingly far between.

Like Ariel, Belle was quickly elevated into a favorite character for parades and shows, including Magic Kingdom’s Storytime with Belle – a somewhat informal mini-show presented in the small amphitheater near Cinderella Castle. Belle got her own “temporary” show at the Disney-MGM Studios (where, predictably Beauty and the Beast – Live on Stage still plays [pending COVID], largely unchanged since it debuted the same day as the film – November 22, 1991). For two decades, Disney’s only sizable in-Park presence for their most esteemed animated film was in “temporary” shows with multi-decade runs.

When Magic Kingdom’s Fantasyland was reimagined in 2012 in the wake of the Wizarding World and the birth of the “living lands” era, the new immersive area featured not just the aforementioned Little Mermaid dark ride, but an entire sub-section dedicated to Beauty and the Beast.

While Gaston’s Tavern and the picturesque recreation of Belle’s provincial French town are impressive, the area’s two attractions are the must-see, hot-ticket Be Our Guest Restaurant and Enchanted Tales with Belle, a “play-and-greet” that combines elements of a walkthrough, a show, and a character greeting.

In 2017, Disney's live action remake of the 1991 classic inspired a whole new era of Imagineering interest in the story. In its wake, Disney announced that Epcot's France pavilion and its long-running Impressions de France film would  be joined by intermittent showings of Beauty and the Beast Sing-Along. When it finally debuted in January 2020, it didn't feature footage from the live action film, though. Instead, the curious attraction added new animated footage (from the original film team) that has all the narrative quality of a direct-to-video "midquel," suggesting Gaston's sidekick LeFou was secretly acting to get Belle and the Beast together. It's a pretty bad attraction made all the worse by the fact that, two months after its debut, the COVID-19 pandemic made singing together in a small theater pretty passé. It seemed to be a new low.

How was it possible that Disney’s most ride-through-able story ever didn't have a dark ride?!

That changed when Tokyo Disneyland launched its own New Fantasyland, with the project solely dedicated to Beauty and the Beast! Like in Orlando, the land takes the shape of Belle’s village and the forests beyond. But in Japan, the land’s undisputed anchor is Enchanted Tale of Beauty and the Beast. Utilizing Disney’s now-standard-but-still-starring trackless dark ride technology, the ride’s ultra-sophisticated Audio-Animatronics made viral rounds on the Internet from the second they were previewed in Imagineering footage. The end result, though, has gotten decidedly mixed reviews – a subject we tapped into in our own mini-analysis of the entirely new genre of dark ride that Tokyo Disneyland created.

For both The Little Mermaid and Beauty and the Beast, it took nearly thirty years until each recieved the headlining anchor ride it deserved... And given that each of the next two movies of the Disney Renaissance made as much money as the first two combined, you might expect their presence in the parks to be bigger... If so, you're about to be surprised.

I have a nit-pick about The Lion King entry:
You put 1993 in parenthesis, but the movie was released in 1994... 25 years before the 2019 CGI movie.
And The Lion King had a presence at Epcot back in 90's: the "environmental fable" Circle of Life at The Land pavilion at Epcot. Plus, this was a completely original movie with no references or rehashing of the movie.

Great catch! I made that change. Thanks for reading!