This month's refurbishment update includes several ongoing refurbishments at the Magic Kingdom, including a strongly rumored closure that has not been officially been announced yet!

However, it looks like whatever tune-ups or improvements are happening behind the scenes will take a little longer than expected as Walt Disney World has updated its official calendar and this closure is now expected to last until November 28, 2020, when it is now re-scheduled to begin welcoming guests once again.

Walt Disney World Railroad has been closed for over a year now. Though there haven't been any updates on the refurbishment of this attraction, recent rumors seem to indicate that it will be another full year at least until this attraction might reopen, as construction on the TRON Roller Coaster in Tomorrowland continues to press on in hopes of a 2021 opening date. 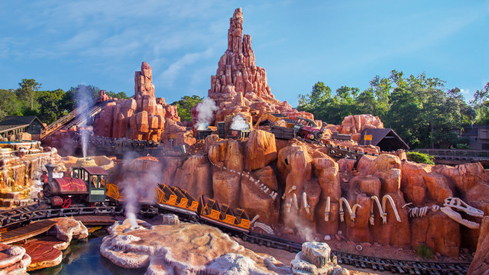 Before last spring's COVID-19 shutdown one of the big refurbishment projects rumored for 2020 was a refresh of Big Thunder Mountain at the Magic Kingdom. Back in February it was confirmed that this attraction would be closing for a short refurbishment from May 4 to May 21, 2020 in anticipation of a longer refurbishment later in the year.

Of course, that small refurbishment never happened, and rumors of the larger refresh for this attraction faded away as Disney began tightening their belt when it came to future projects. However, last week, Disney filed two permits for updates to be made to the popular ride that mentioned labor, material and/or electrical for construction to be done at some future date.

Right now there are no official refurbishment closure dates on the official Walt Disney World calendar, but the filing of this permit is certainly an interesting development and we'll keep an eye out in case anything materializes in the next few weeks.

Hi Chris, they are on page 1. Have just checked so hopefully you can see them now. Thanks for reading.

Hi David, if you click on page 1 at the bottom of the article you should be able to view 1, 2 and 3. Thanks for reading and if you still have problems seeing them you can email me at [email protected] Kind regards.