Mission: SPACE Could Be Changing Forever This Summer

And while we’re sure that there are a number of factors contributing to this ride’s unpopularity (the fact that it replaced a beloved attraction surely doesn't help) it looks like Disney may have a rescue plan ready for this attraction that could be kicking off in just a few weeks!

Mission: SPACE and the mysterious refurbishment 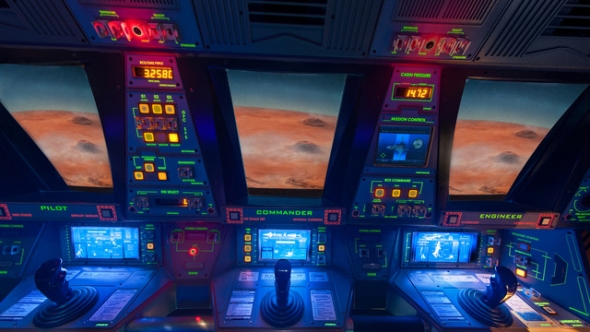 One of the unique things about Mission: SPACE is that this attraction has separate ride bays, which means that most refurbishment work that doesn’t involve the ride queue can be done without a complete closure of the ride, as work can simply be done bay by bay.

However, it was revealed just a few days ago that Disney has taken the unusual step of completely closing this ride for a nearly two-month refurbishment this summer. Kicking off June 5, and lasting through to the end of July, Disney has not announced what changes we might be able to expect from this refurbishment. However, based on a few well-sourced rumors (which have been circulating for some time) we do have a few ides about what changes could be coming to this attraction during this extended downtime...

Could new missions be on the way?

Ever since last year’s subtle changes in the Mission: SPACE queue, we have been wondering if Disney could be working on the long-rumored new missions for this attraction behind the scenes. And with this new refurbishment, it is looking more and more likely that guests who board this attraction this fall will have new places to go when they board this attraction, with new storylines and simulations to experience.

Now while this may seem like an intriguing idea, a lot will depend on how Disney implements this concept....

A fan of mission space right here, I was 8 when I first rode it (so I guess it was the less intense as my little sister was 5 at the time) and I really loved it. Wish there was a ride like at Disneyland Paris since we Europeans prefer the more intense versions of Disney rides (thunder mountain, space mountain, Indiana jones etc...) but adding multiple missions to the attraction does sound good and should be a step in the right direction :)

I definitely would want to try and see all the missions (on the less intense side. The G-forces don't scare me but they do make me feel ill.) I thought that's what they originally intended for this ride anyway--depending on how the passengers reacted with the buttons they had to press, the ride would end differently. But that didn't happen. Oh, and I don't either love or hate Mission: Space. I just like it okay. Go on it once in a while. Horizons was better.

This is a great ride! I hope they don't scrap it or downgrade the g forces.