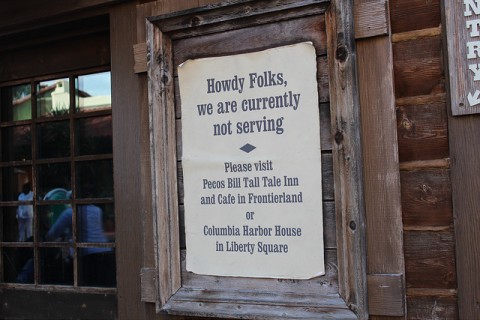 Disney has seen numerous restaurants put through the ringer at their parks and resorts. Some, like the Contemporary Resort’s California Grill and Disneyland’s Blue Bayou, become long-time beloved locations seemingly untouchable to Disney Imagineers, while others, sadly, get the boot. Here, we honor some of the fallen Disney restaurants of yesteryear and take a look at the stories and legacies they leave behind. 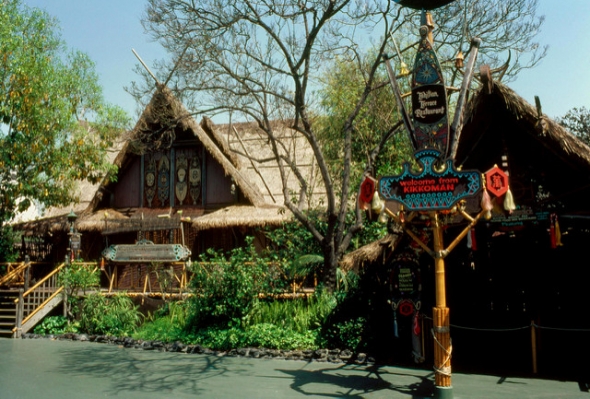 The Tahitian Terrace was established in 1962, just 7 years after Disneyland’s opening date. Sitting on the outer rim of Adventureland, next to the Enchanted Tiki Room, the Tahitian Terrace offered Disneyland guests the opportunity to experience the flavors, sights, and sounds of Polynesia. The most popular drink “Planters Punch Tahitian” featured a tropical blend of fruit drinks and could be accompanied by Polynesian-themed foods such as broiled teriyaki steak, barbequed pineapple ribs, or crisp fried shrimp tempura. After dinner, a lively island rhythm filled the air as dancers appeared from behind a waterfall curtain and put on a show tour of South Pacific Polynesia and daring barefoot fire walk and fire-knife dance performances.

The Tahitian Terrace was a great success and ran at Disneyland for more than 30 years. However, like the fate of many Disney success stories, there was a new kid in town and this one’s name was Aladdin. In 1993, Disney decided to capitalize on the success of the animated movie and re-themed the Tahitian Terrace into the more Arabian-friendly “Aladdin’s Oasis Dinner Show”. In this new rendition, Kazim, the proprietor of the establishment, welcomes you to dinner when suddenly, Aladdin pops in to hide from Jafar. An entertaining show ensues that includes dancing, jokes, special effects, and, of course, all of our favorite characters from Aladdin. The entertainment took place during the course of a full-service dinner that included meals like shish kebobs and tabbouleh.

Though they followed a similar structure to the ever-popular Tahitian Terrace, the change was a flop and the regular running of the new Aladdin’s Oasis Dinner Show came to an end after just two years.  For a little while, it operated seasonally. Then, in 1997, the Aladdin set was used as a stage for storytelling. Today, the terrace has fallen down the ranks and is being used as a grab and go venue for parade and Fantasmic packages as well as a convenient bathroom location. 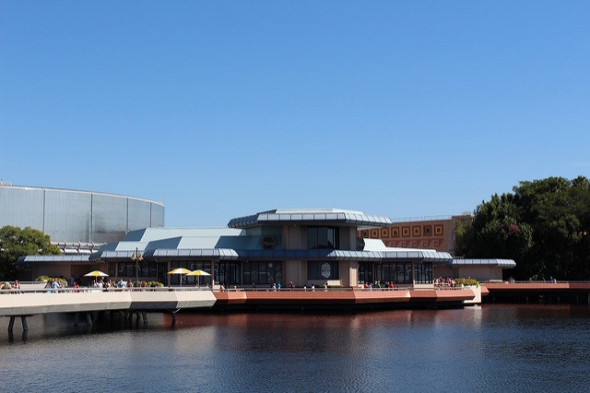 Placed on the Epcot map right between Test Track and the Mexico pavilion lies a building that has seemingly had little to no activity in years - and yet, it is home to many of the failed experiments of Disney past. That flat-topped, water lined building is called The Odyssey Pavilion and it was once home to a fairly popular Epcot restaurant. Aptly named The Odyssey, this counter-service restaurant was part of the original plan for Epcot and opened with the park in 1982. It sold your typical fast food of the day: burgers, fries, and hot dogs. Similar to today’s Magic Kingdom restaurant Cosmic Ray’s Starlight Café, The Odyssey featured an open, cafeteria-style seating area with a stage for live band performances.

During its earlier years, The Odyssey had originally faired pretty well in terms of popularity. Then, in the 1980s, Disney converted this restaurant into a venue for a dining show titled Mickey’s Rockin’ Celebration, which featured all of the classic “Mickey-and-friends” gang singing and dancing along to favorite Disney songs.

Though the show ran for roughly 10 years, its star faded quickly. With the draw of newer and more interesting dinner shows coupled with the Odyssey Pavilion’s out-of-the-way location, The Odyssey Restaurant wasn’t pulling the numbers it needed to survive. In 1994, the pavilion and restaurant permanently closed to make room for special events and on-site conferences.

I recognize those camels. Saw them at Disney World last year!

The original Top of the World Restaurant at at the Contemporary

In addition to the Fireworks Factory, Bonfamille’s, and Kouzzina, I thought of two more that I miss:

The first is the Adventurer's Club in the old Pleasure Island. In our last trip, I was too tired to try the possible replacements (Jock Lindsey's in Disney Springs and maybe Trader Sam's at the Polynesian). Now, the Adventurers Club was more a show than an eating place, but it did serve drinks.

The second is the breakfast served with the special sunrise safari that used to be available to concierge guests at the Animal Kingdom Lodge. Now, the safari was the main thing (particularly, stopping to get photos much longer than the normal ride), but the African themed buffet breakfast that went with it was as memorable.

In our last trip, we also went to Fulton's Crab House, and had one of the best meals ever (with a super waiter). Since then, the Crab House has closed (or will soon close), and it going to be refurbished. Hopefully, they won't change the menu much, and will bring back that waiter.

Tangaroa Terrace at the Disneyland Hotel is very similar to what Tahitian Terrace was back in the day.