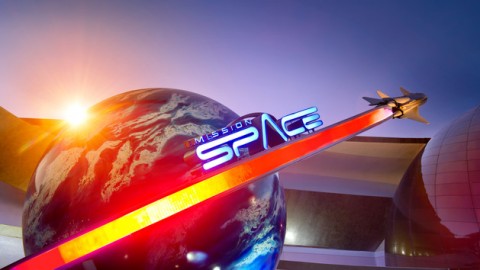 In the early 2000s, The Walt Disney Company opened a headline-grabbing new attraction at Epcot. The intention was to celebrate the space age, which had triggered some of Walt Disney’s visions for the Experimental Prototype Community of Tomorrow. A new ride celebrating the company founder’s love of conquering the unknown felt like a fitting addition.

Alas, even the best ideas sometimes collapse under the weight of reality. Disney invested $100 million into their new project, only to realize early on that they’d woefully miscalculated.

A few unfortunate souls discovered that Disney Imagineers are human, too. They can badly miscalculate the physical limits of the body, overestimating what a person will consider fun as opposed to, say, torture. Today, this ride includes countless warning signs, but in the early days, optimism abounded.

Since the inception of Epcot in 1982, no ride proved more controversial than Mission: Space. Here’s the story of what went wrong (and right) for this most divisive of attractions.

The thankless task of running a safe theme park 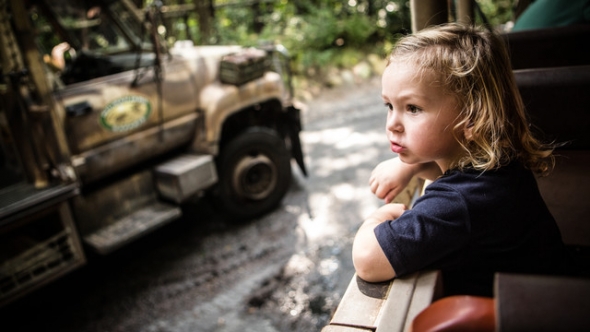 Many theme park guests take for granted the complexity of their favorite attractions. Even the tamest carousels feature complicated machinery that’s a danger to anyone who touches it. That’s why such extreme safety measures are in place at your favorite amusement facility. The success of these warnings is astonishing from a mathematical perspective. The top five theme park corporations in the world claim global attendance of almost 300 million people annually.

How often do you read about a tragedy at one of them? Yes, they do happen, often due to human error from ride operators.  The rarity of each event reflects that the standards in place are profoundly effective, though. And let’s not undersell the difficulty of what a theme park faces each day. Have you ever spent time on a playground? Kids are bundles of joy, the future, etc. They’re also tiny maniacs full of ineffable energy. Parents of small children look like they haven’t slept since 2006 for a reason. It’s the most difficult job on the planet.

Your favorite theme park faces the same peril each day, only with the heightened drama of needing to protect someone else’s children. At some point, you’ve babysat for someone else. You know from experience that it’s an entirely different sort of pressure. Screwing up your own kid simply means you’re human. Endangering someone else’s child makes you culpable.

The next time you’re at an amusement park, pick out the most annoying kid you see, the one whose parents have long since given up on the idea of trying to slow them down. You know the ones. Then, consider that the park operators have to provide enough safeguards to stop that unruly child from suffering an injury at their facility. Would you want the responsibility of that job? Of course not. The daily success of every theme park in returning uninjured children to their parents is a triumph of modern infrastructure. Even the best of the best is still imperfect, though.

The Walt Disney Company is the unquestioned gold standard in theme park management. With more than 130 million annual visits to their gates, they’re the big fish in a small pond that’s technically an oligopoly but closer to a monopoly. Still, they have their fair share of incidents. As far back as 1985, Disney suffered through an average of 100 lawsuits a year due to alleged theme park accidents. In today’s more litigious society, the numbers have surely grown. 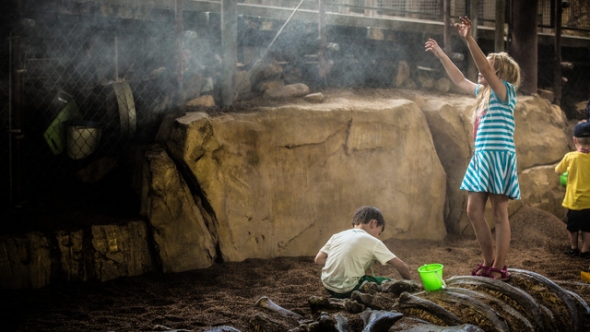 Disney is in a seemingly impossible situation. They’re positioned to fail due to the unpredictable circumstances of life. They can’t control when a single child acts irrationally, just as they can’t blame someone that young for behaving unpredictably. It’s what kids do. While Disney’s primary goal is to maximize profit, their simultaneous goal is to deliver a visitor experience so memorable that the guest will want to return at a later date.

The complexity of this dichotomy is almost overwhelming. Disney has to invest millions of dollars in new technologies that provide original attraction experiences to potential park guests. They also have to craft architecture that will support the enormous demands of the machinery powering. And they have to do this while guaranteeing the comfort and safety of their customers. Sometimes, those three goals border on mutually exclusive. Mission: Space is the seminal example of this precarious balance.

Embracing the world of tomorrow 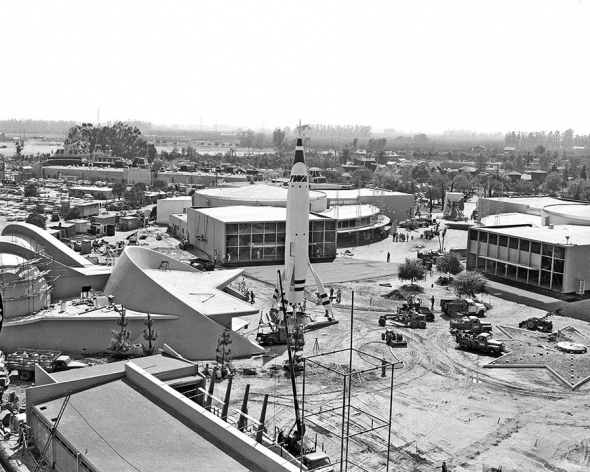 When Disneyland opened on that fateful day in 1955, one of the iconic landmarks stood out from the rest. It was a spacecraft, the proverbial Rocket to the Moon. Its presence aptly reflected Uncle Walt’s passion for space travel. The TWA Moonliner Rocket was simply the first of many appreciations his company would offer over the years.

A strange problem cropped up after Disneyland had been in business for 15 years. Once Neal Armstrong set foot on the Moon, traveling there no longer seemed that thrilling to guests. In 1975, Imagineers altered Tomorrowland to reflect changing goals. The updated version of their attraction was now entitled Mission to Mars. If that name sounds familiar, Disney created a movie of the same name 25 years later. One of its stars was…Gary Sinise. But I’m getting ahead of myself.

Mission to Mars the attraction demonstrates that passion for the space program continued inside the company even after Uncle Walt’s unfortunate passing. As the United States and Russia engaged in a Cold War, outer space became a priority, an otherworldly place where the greatest minds of each country could prove their superiority. The intrigue toward space travel had an unmistakable basis in politics, as was true during Walt Disney’s era, but even after the Berlin Wall fell and buzzwords such as perestroika and glasnost ended decades-old feuds, the love of exploration remained. The decline of communism seemed like the perfect time to renew mankind’s passion to achieve the world of tomorrow.

Mission:Space is the best attraction at Epcot, to suggest Speed track is better, like the article implied just seems strange, but perhaps this is because I had no negative effects from the ride.

For me it is one of the top attractions at Disney parks.

I'm not much of a fan of M:S, but I don't begrudge it for the people who love thrill rides. Epcot needs an overhaul, but I think this is one case where they need to go back to the past. In Future World, as long as you didn't aim towards Test Track or Soarin', you could fire a rocket and stand a good chance of not hitting anyone. I tell people to think of World Showcase as a widely-ethnic shopping mall. But all in all, the list of 'old rides I miss' is much longer than the 'new rides I like as well if not better'.

Mission: Space is one of my "must-do" attractions each time! I've ridden it three times in a row after finishing a couple of yards (when they still sold them) of Strongbow cider. Then again, I was always one of those kids who rode the teacups as many times in a row as my parents would let me.

From the times I've ridden it with people who didn't enjoy it, it was usually because they ignored the instructions to keep their head back and eyes always facing forward. I think it's not for everyone, but I think anyone who lays blame at Disney's feet for anything is just looking for a quick payday.

Interesting article. Mission:Space, to me, exemplifies what is wrong with EPCOT. I went with my parents shortly after it opened and liked what was there, but really felt like there weren't enough rides. With Norway currently under construction, there Is now oneFEWER ride. Mexico and now Nemo have been upgraded while Journey to Imagination and arguably Mission : Space are not as good as the original. Soaring over California is a welcome addition as it Test Track, but the complaint is the same; there aren't enough rides. If you were going to rip out one of the originals, it should be Energy; still the best place in all of WDW to take a nap. As much of.a fan as you may be of EPCOT, there is no denying that it would be far better if Horizons, World of Motion and Body Wars were still in operation. That is to say nothing of the various rumored attractions that never came to be in World Showcase. Yes, I know that is because the EPCOT model is to have each pavillion sponsored, but there Ellie's the problem, NOT having enough active sponsors has, and always will keep EPCOT from being great, and that's a real shame. It just makes it harder and harder to keep dragging my kids to EPCOT when it really hasn't changed since the last mediocre trip we made there.

I know I'm in the minority, but I love Mission Space.