The 5 Biggest Wastes of Space at Walt Disney World (Literally) 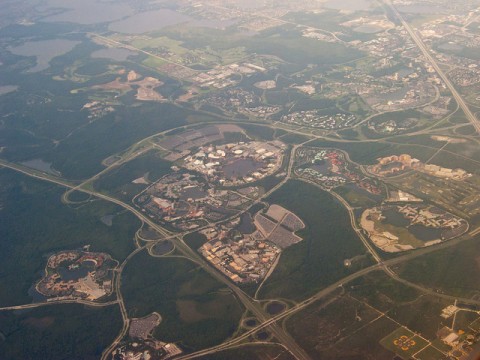 When Walt Disney announced his plans for the enigmatic “Florida Project,” one of the things that excited him most was the sheer size of his plot of land in Central Florida. While Disneyland has always been and will always be one of the great theme parks on the planet, its relatively small size will always limit the Imagineers' creativity when designing new and exciting attractions. They often look for ways to improve or replace old attractions in such a way that each one earns its spot in the park – there's no room for a waste of space.

This is not the case in Orlando.

The size of Walt Disney World allows its attractions to be reviewed to a slightly lesser standard. That doesn't mean that Disney World's attractions are worse in any way – it simply means that Imagineers are less aggressive about replacing attractions, because there's less of a premium on real estate.

The result of this is that there are a few attractions at Walt Disney World that, despite taking up a relatively large footprint, simply fail to make good use of it for entertaining and accommodating guests. And, even in this failure, don't seem to be in any imminent danger of being replaced.

(Note: You'll notice that not one of Disney's Hollywood Studios' attractions appears on this list. That's not because they're above criticism, but rather, that park is currently in the process of undergoing an overhaul. The attractions that do waste space there are, for the most part, disappearing.)

I'm listing this first for a few reasons, but most notably, this is the location that Disney could simply tear down tomorrow without anyone really being upset about it.

The Odyssey Restaurant opened in 1982 and technically falls in Future World if you like to get technical about these things. When it was open, it served your usual Disney fast food fare, and even offered a Chuck-E-Cheese-style character meal of sorts in the late '80s and early '90s. There was first aid, restrooms, and other such services on site – all before the restaurant closed in 1994.

And, ever since, it's just kind of … stood there. Occasionally, Disney puts it to use as a location for seminars at one of their festivals or for corporate rentals and things like that, but on the whole, the Odyssey Restaurant has, since 1994, mostly been a big ol' waste of space.

Think about it: That spot between Test Track and Mexico is one of the more highly-trafficked areas in Epcot. It serves as a transition between Future World and the World Showcase, and it provides an awesome storytelling opportunity. Even architecturally, the building remains interesting after all these years – even though its mostly dormant.

Disney could put this spot to use as either a fine dining location or as another attraction, and it would be far less frustrating to see. Or, perhaps, they could have put an Arendelle pavilion there and spared all of the Malestrom angst. But I digress. 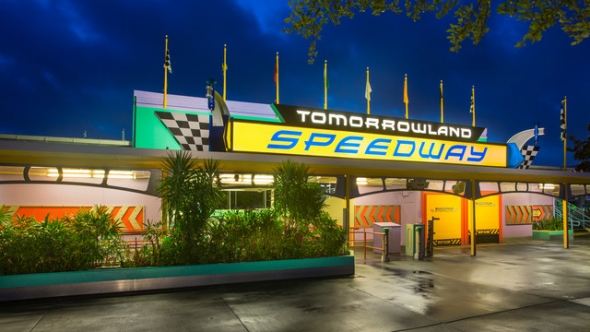 For such a simple attraction, the idea of Tomorrowland Speedway is kind of hard to wrap your head around. It's not a bad ride, per se, but it isn't the greatest ride – and, notably, the draw of it wears off somewhere around the age of 10. At that point, it simply becomes a confusing site: “We're in the future, and yet the future is powered by gasoline and rubber tires?”

However, for those under the age of 10, the Tomorrowland Speedway offers the rare chance to get behind the wheel of a car and experience a facsimile of the freedom of the road.

And so, perhaps more than any other attraction on this list, the problem with Tomorrowland Speedway isn't so much the attraction itself as it is the amount of space that it takes up. If you eyeball it on Google Maps (a fantastic pastime for any Disney fan), you'll see that it takes up an area only slightly smaller than the New Fantasyland expansion. That's a lot of space – space that could be used for any number of other attractions, giving Disney the ability to expand an otherwise small land.

Yes, there's a grand tradition of these types of rides at Disney's parks, going all the way back to Autopia at Disneyland. However, we're now living in a time where cars like these seem not only anachronistic, but downright destructive to the planet. Disney can do better with that space – especially for an area ostensibly about “Tomorrow.”

I understand that people enjoy this area and I get concept, but I don't care for it as I've always enjoyed how Disney doesn't show pipes holding up their rides and this just comes across as a lame effort on the designers part.
The main reason I detest this area though is the side games. Yes, every theme park in America had those, except Disney. I used to visit Opryland where they had them. But the concept of these games is that you pay to win a prize. One memory for me, early on when it first opened with my family. My step daughter asked me for money to play a game. I have in and watched her run of to compete for a prize. Before her, a lady had just paid for two entries for herself and her young son. My step daughter ended up winning the prize, and watched the disappointed son and his mother walk away from what would have been a guaranteed win had my stepdaughter not joined in. In my vision of Disney and what Walt intended, no attraction should result in disappointment like this.

Kids need to learn that not everyone is a winner in every game. Especially in games of chance, as these carnival games are. If a child expects to automatically win the parent owes the child an enlightening talk before they start to play. If the child is disappointed it's not the fault of the game but the fault of the parent by not preparing the child for the possible outcome.

Interesting article. Some points I agree whole heartedly. Other points, not so much. But that’s what makes the world go ‘round.

On the “not so much” point, I don’t have a real problem with The Outpost. I do agree that with Africa now well represented in the Animal Kingdom it does seem redundant. I would dearly love to see new pavilions added to World Showcase. But that’s not soon to happen it seems, sad to say. But if the outpost could maybe be rethemed in some way a lot would be gained. It could be simple fix.

I hate the Speedway well. It doesn’t fit visually with the rest of Tomorrowland. That area has always felt .like they ran out of money when they redressed Tomorrowland in the 1990s. And there is nothing unique about it that isn’t at any number of theme parks across the country. It’s just Nascarland. And the smell of exhaust is awful when you go through that area of the park. At the very least give it a whimsical update similar to what was done with the Disneyland Autopia. There’s just not enough “there” there to make it really a Disney attraction.

The problem for me with Dinorama isn’t that it’s a cheesy carnival. It’s that it’s not enough to it. There’s not enough there to make it feel like an actual roadside carnival. Two or three more redressed off the shelf rides would add a lot to that area. A carousel, a ferris wheel, a tit-a-whirl or any of the simple rides they have in DCAs Bug’s Land area would do wonders to flesh out that area. There’s not enough kinetic energy in the area to make it feel authentic and fun. As it stands there are just too many carnival games (Of which I have no real problems with per se.) that seldom have people playing them and not enough actual attractions to really flesh out the area. It’s a fun idea that has always felt like Phase 2 expansion of the area is in the near future. Again, there is just not enough “there” there.

The point which I agree whole heartedly with the author is with The Odyssey and the Wonders Of Life pavilion. Frankly I have the same fear that Inoventions West is going to suffer the same fate and sit vacant for years. Shuttered areas look tacky. It’s like having an empty house sitting in your neighborhood. No matter how well empty property is maintained it still is empty property and makes the overall neighborhood look bad. With the reopening of the Adventureland Veranda restaurant in Adventureland I’m really hoping that the same thing will happen with The Odyssey. Considering how hard it is to get reservations sometimes another restaurant would be a good thing. And the Wonders of Life pavilion s a huge building just mysteriously sitting there to people. It looks abandoned. Imagine what the Magic Kingdom would feel like is they completely shuttered Liberty Square? It just looks bad. Disney you could do LOTS better with these areas.

I LIKE Dinorama. It's fun. And I'm 18. I think they could add another dinosaur thing for older people though, but otherwise it's fun.