Journey into the Past: 15 Lost Rides and Attractions of Epcot 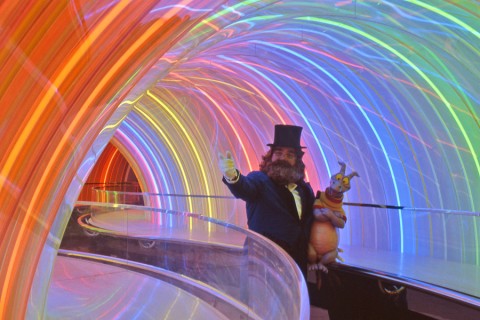 Walt Disney World's EPCOT Center opened in 1982, and was billed as the first phase of the realisation of Walt Disney's dream of building a experimental city in which residents would test out the technologies of the future. Of course, it turned to be nothing of the sort. Instead, it was one of the most unique theme parks ever built - a sort of permanent world's fair, celebrating the potential of innovative technologies and disparate cultures.

Of course, in a theme park that is meant to represent the future, it is inevitable that some rides will become dated. Over the three decades that Epcot (as it is now known) has operated, a host of rides and shows have come and gone. Some have been stripped out and replaced altogether, while others live on in new guises.

Let's take a look back at 15 long-lost Epcot attractions! 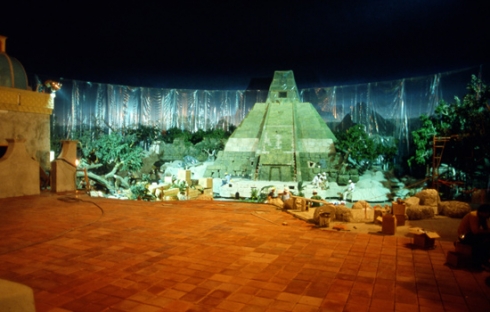 Opened in: 1982Closed in: 2007Replaced by: Gran Fiesta Tour Starring The Three Caballeros

"The River of Time" was the headline ride in the Mexico Pavilion in Epcot's World Showcase. Similar in style to It's a Small World at the Magic Kingdom, it featured scenes populated by doll-sied audio-animatronic figures, which took guests on a tour through Mexico. It is still in place, albeit in its new form as the Gran Fiesta Tour Starring The Three Caballeros. 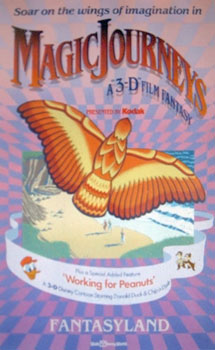 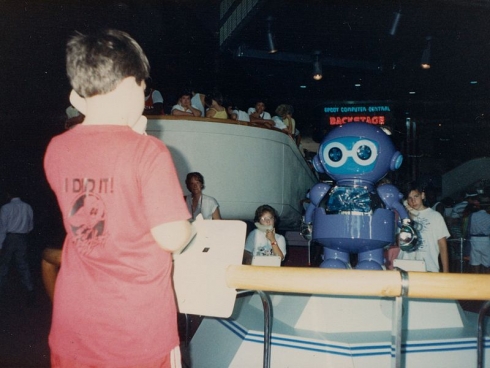 The opening of EPCOT Center coincided with the start of the computer era. Appropriately, almost everything in the park was controlled by EPCOT Computer Central - and Disney opted not to hide this away from guests. Instead, it installed a tour through the center, with the aim of educating the public about the wonders of computers.

The original version, the Astuter Computer Revenue, proved to be spectacularly unpopular. It was torn out almost immediately and replaced by Backstage Magic. CommuniCore itself remained in place until 1994, when it was replaced by Innoventions. 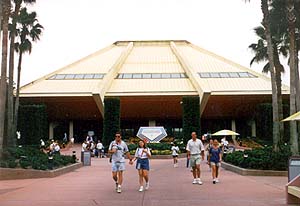 Opened a year after the rest of EPCOT Center, Horizons was an Omnimover dark ride. Guests were whisked past scenes showing visions of the future, in what was essentially a sequel to the Carousel of Progress at the Magic Kingdom. It included scenes focused on commnications, energy, transportation, physiology and man's relationship with the environment. 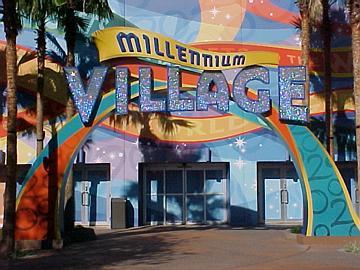 To celebrate the new millennium, Disney installed the Millennium Village at Epcot. The 60,000 square foot pavilion operated from October 1, 1999 to January 1, 2001, and featured a host of countries that are not represented in the existing World Showcase. It is still utilized during the annual Epcot Food and Wine Festival, but is now known as "World Showplace". 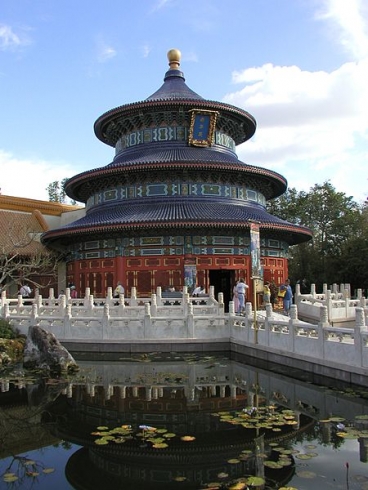 Kitchen Kabaret has to be one of the most unusual Disney attractions of all time. It was essentially a Vaudeville-style show featuring singing food items, and was designed to teach kids about the four food groups. It operated in the Land Pavilion for 12 years before being replaced by the similar Food Rocks, which itself closed for good in 2004.

Thank you so much for this article. It brought back so many memories of my first visit to EPCOT. I was barely 5 when I was there for the millennium celebration. I went to Youtube to look up the Millennium Village and from there to look up the Tapestry of Nations parade, which brought back a very strong memory of those giant puppets bending down and scaring the daylights out of me. I remember Spaceship Earth being different too. Anybody remember who narrated Space Earth in 2000?

In more recent years, I did the College Program in 2014 and I worked in EPCOT. During one of my closing assignments (or a few of them) my fellow co-workers and I would wander into several buildings and explore and on of them was Imagination. We went up to where the ImageWorks was at and while it was a neat experience, I now looks like something out of Five Nights at Freddy's. They go up there for maintenance work so it always looked a little different every time. I hope they do something with it cause that whole paint area and rainbow tunnel is still up.

I think Walter Cronkite was the original narrator of Spaceship Earth.

Am I the only one that misses World of Motion. Sure, Test Track is a great replacement, but World of Motion was like Spaceship Earth but with cars. It was awesome! :)

I really miss Body Wars & Cranium Command
The new figment is OK......but I miss the Original

Really miss The Adventurer's Club.....will never be the same

I miss the body wars in the journey to life pavilion. I loved the simulator ride.