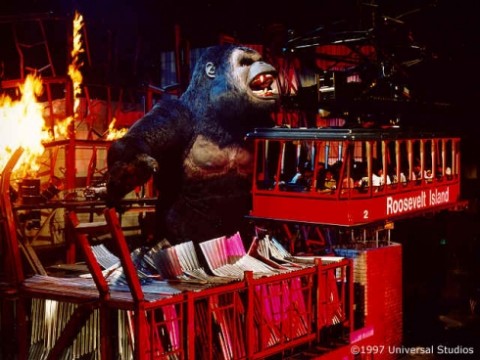 When Universal Studios Florida opened in 1990, the emphasis was on "creating the movies". The theme park, of course, was attached to an actual, working production facility, and many of the attractions were of the "edutainment" variety - teaching guests about the movie-making process as well as serving up traditional theme park thrills.

Over the years, the park's offering has evolved significantly. The emphasis now is on "riding the movies", with guests being placed directly into the worlds seen on screen. Physical effects, too, have become less important - there are fewer audio-animatronic characters, and more digital projection screens.

Universal Orlando has a policy of ripping out old attractions and replacing them with new ones when they become out-of-date, so many of the attractions that made the park great have long since been shuttered. Here are 10 long-lost rides and shows that have a special place in our hearts.

10. Phantom of the Opera Make-Up Show 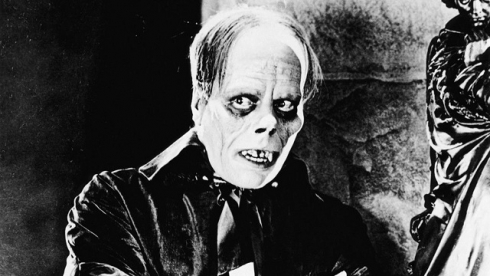 Universal Pictures has a long and celebrated history of producing horror movies. $6 million was therefore spent on creating the Phantom of the Opera Make-Up Show, which included footage from classic movies including The Exorcist, Beetlejuice and An American Werewolf in London.

The star of the show was a recreation of the creature from The Fly (not a Universal movie, but licensed from 20th Century Fox). The five-feet-tall, 200-pound creature, covered in a substance that resembled human skin, swang out onto the stage on a mechanical arm. A computer program controlled the movements of its arms and head.

The show lives on in a new form as Universal's Horror Make-Up Show. 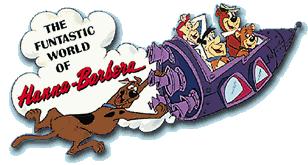 Universal Studios Florida was going head-to-head with Disney-MGM Studios. Universal, of course, was not associated by the public with cartoons in the same way as Disney, which would make the art of animation a key feature of its park. Rather than focus on the process behind animation, then, Universal instead licensed a host of widely-recognized Hanna-Barbera characters for use in a child-friendly simulator attraction, the Funtastic World of Hanna-Barbera.

The seven-and-a-half minute show threw guests directly into the world of animation, with Yogi Bear and Boo Boo Bear enlisting them to help save Elroy Jetson, who had been kidnapped by Dick Dastardly. Boarding moving “spaceship” vehicles, guests were taken through recognizable locations such as The Flintstones’ Bedrock and The Jetsons’ hometown of Orbit City. An accompanying post-show interactive play area allowed them to play the Flintstones’ piano with their feet, and to “shrink in size” to explore Pebbles’ playhouse.

Though it was billed as a simulator ride, the Funtastic World of Hanna-Barbera would differ from traditional simulator attractions such as Disney’s Star Tours in one key way. Rather than riders being seated in separate simulators, the show would instead be presented on a huge theatre screen in a large auditorium, with a dozen “motion car” vehicles lined-up facing the screen. The ride system is still in use by Despicable Me: Minion Mayhem. 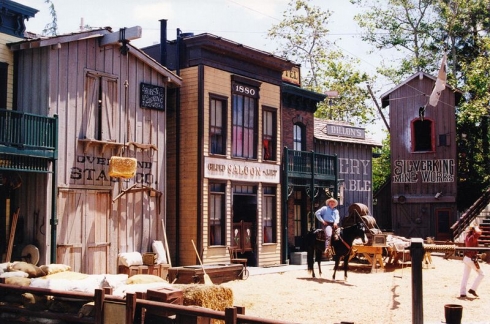 A year after the park opened, Universal looked to boost the capacity of Universal Studios Florida by adding the Wild, Wild, Wild West Stunt Show. Its amphitheater could accommodate some 2,000 people, helping to handle large crowds. The show itself was designed to be a fitting tribute to the western movies that had established Universal’s reputation as a major movie studio.

Universal hired a total of 20 stunt performers for the Wild, Wild, Wild West Show, with five appearing in each performance. Most were seasoned stunt artists, although some had a background in dance or acrobatics. The show became a long-running fixture at Universal Studios Florida, entertaining audiences for more than a decade, before eventually being replaced by Fear Factor Live. 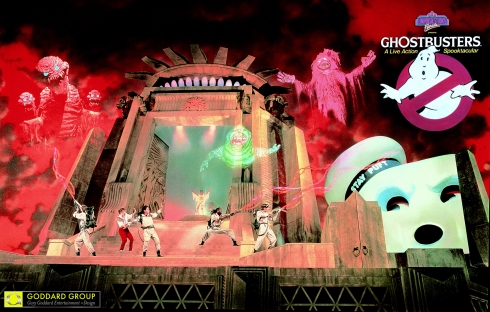 While many of the attractions at Universal Studios Florida celebrated classic Universal pictures, Universal was not above signing licensing deals to fill perceived gaps in its portfolio, just as Disney had done with MGM. One of the most significant deals it struck was with Columbia Pictures, which enabled it to use the characters from smash-hit action-comedy Ghostbusters in the park.

Ghostbusters: A Live-Action Spooktacular became the headline show at Universal Studios Florida. The 15-minute performances were hosted in a recreation of the Temple of Gozer, the rooftop area that provides the setting for the final scene of the movie. A number of recognizable ghouls from the movie, including snarling Terror Dogs and Gozer herself, would make appearances, with the Ghostbusters arriving to save the day.

The show ran until 1997, when it was shuttered to make room for Twister: Ride It Out. 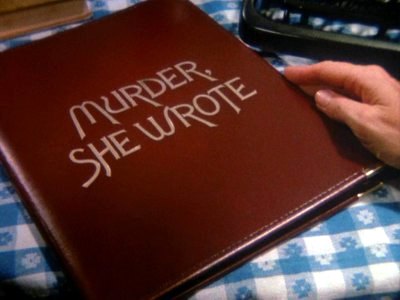 The focus at Universal Studios Florida on its opening day was not solely on movies, with Universal being among the prevalent producers of television content at the time. One of its most popular shows would be the subject of the Murder, She Wrote Mystery Theatre, an interactive show that would see guests being selected to be “executive producers” on a new episode of Murder, She Wrote.

The 25-minute show took visitors through the steps of the production and post-production process, including make-up, visual effects, editing and the recording of additional dialogue. They would even have the chance to decide which actor would be the “bad guy” and which would be the surprise guest star. It closed in 1996 and the site is now occupied by Transformers: The Ride - 3D.

Never been to Universal in all the years I have been to WDW. So I don't miss any of them.. Besides at Disney there is so much to do, why leave...

Because Disney is expensive and an overpriced children's theme park, while Universal holds things for the entire family.

Yes, Jimmy Neutron was between Funtastic World of HB and Despicable Me.

Wasn't there a Jimmy Neutron ride at USO? I also was aware of a stunt show in the lagoon featuring high speed Scarab boats and an exploding tanker . That was replaced with some lame 3-D sphere show. I might be wrong here but I also remember some sort of back lot tour. I hope I haven confused that with Disney's back lot show.

I'm sure that some will disagree, but when you see the large number of attractions Universal has replaced and upgraded over the years, you've got to think that that is what Walt Disney would have done as well. In regards to Hanna Barbera, it's the only simulator that ever provided me with "air time!!"