Several months ago we wondered why The Hangar dining location was still unannounced, despite being far along under construction and featuring prominently in Disney Springs' concept art. However, we now finally know why this project took so long to take shape, and the answer is actually pretty surprising: The Hanger is actually going to be an Indiana Jones themed bar.

Officially named Jock Lindsey’s Hangar Bar, this new location looks to be quite the interesting new watering hole, and it’s opening sooner than you might think! Here’s everything we know so far about this exciting new spot! 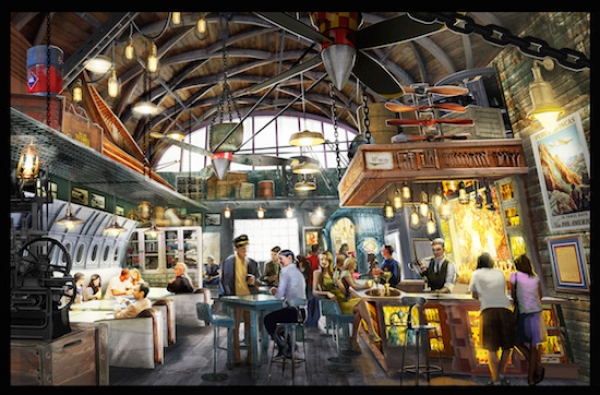 Though the bar will be named after Indiana Jones’ pilot friend Jock Lindsey (seen at the beginning of Raiders of the Lost Ark), the Indiana Jones theming will be light and intended to be more of a “wink” to the source material rather than a strict, dedicated theme.

The inside of this bar will be filled with aviation décor, have plenty vintage travel posters recalling some of Indy’s greatest adventures, and even have displayed correspondence between Jock, Indy and their fellow adventurers. In addition Jock's old steamboat (which we have now learned is in permanent dry dock next to the bar and named “Reggie”) will now provide the setting for an outdoor seating area.

2. The bar will have plenty of room 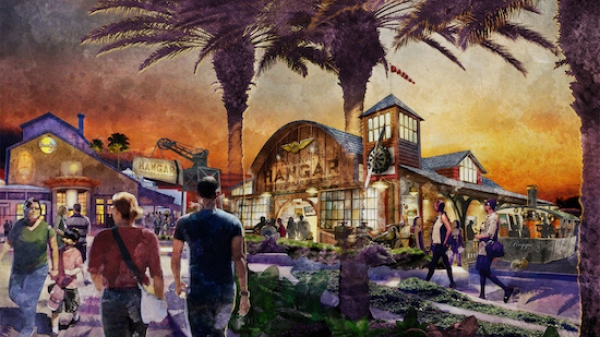 One of the biggest criticisms of the recently-opened Trader Sam’s Grog Grotto at Disney’s Polynesian Village Resort has been its anemic 50-seat inside bar, which fills up fast and causes long waits on busy nights. However, it looks like Jock Lindsey’s Hangar Bar will have plenty of room for thirsty patrons as Disney has confirmed that there will be seating for at least 150 guests at this new location. Though we don’t know what mix of seats will be indoor versus outdoor, the sheer size of this location (plus the recently released concept art) suggests that most will be indoor.

Can't wait - however, one thing to correct. Reggie is the name of Jock's snake. "OH, that's just my pet snake, Reggie!" The boat is named after the snake!

I hope this opens before Sept. 14.